No, Bibi-Bashers, Israel Is not 'Isolated' Under Netanyahu

On Tuesday the Palestinians tried to get the UN Security Council to adopt a draft resolution to shrink Israel down to indefensible borders.

They failed to get the nine votes from the 15-member council that they needed. Even if they had, the U.S. had promised to veto the resolution. But the Palestinians would have succeeded in painting Israel as a country almost friendless, hanging by the thread of U.S. support.

The draft resolution demanded that Israel and the Palestinians wrap up all their disputes and reach an agreement within one year; that a Palestinian state be set up along Israel’s 1967 borders; and that Israel withdraw all forces from the West Bank by the end of 2017.

In other words, this would be a slightly prettified version of what Israel tried in Gaza in 2005: a full unilateral withdrawal. Since then over eleven thousand rockets have been fired at Israel from Gaza, and Israel and Gaza terrorist organizations have fought three wars.

The West Bank, however, is 20 times the size of Gaza, abuts Jerusalem and Ben-Gurion International Airport, and stands a couple of miles from metropolitan Tel Aviv. And apart from the fact that the West Bank would almost certainly be taken over by Hamas, it leaves Israel wide open to invasion from its east where all sorts of unpleasant forces abound.

On Wednesday the Palestinians just missed; they got eight yes votes, just short of what they needed. Voting in favor of indefensible Israel were Russia, China, Jordan, Argentina, Chile, Chad, and two European democracies, France and Luxembourg—whose yes votes, in particular, the Palestinians saw as a big win. Only the U.S. and Australia voted nay.

There were also five abstainers—Britain, Lithuania, South Korea, Nigeria, and Rwanda. The first three were expected; the disappointment was that Britain didn’t show the decency to vote against. 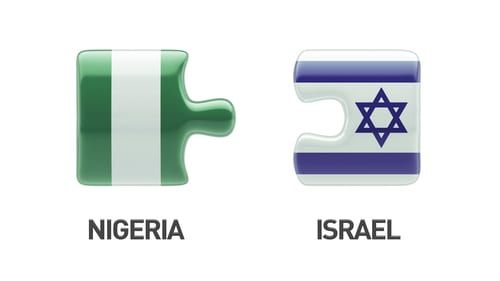 The real struggle, though, was over the two African countries; a yes vote from either would have handed the Palestinians their prize. It’s now reported that it was Israeli prime minister Binyamin Netanyahu’s last-minute phone call to Nigerian president Goodluck Jonathan, with whom Netanyahu has warm ties, that got Nigeria to abstain.

It’s also reported that Netanyahu worked closely with Secretary of State John Kerry to urge Nigeria and Rwanda not to support the Palestinian attempt.

This drama and its outcome teach us a few things. 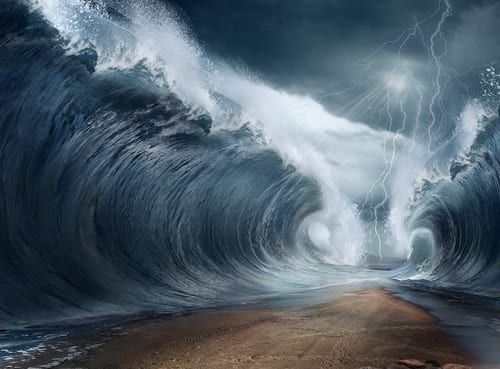 One is that, despite real strains in U.S.-Israeli relations, the picture is not as bad as many believe. Already in March 2014 President Obama openly hinted that the U.S. would stop vetoing Palestinian anti-Israeli UN resolutions, and there were other hints and threats during the year.

As noted, though, the U.S. made clear that, if necessary, it would have vetoed this latest resolution. Why? One can speculate that the hints and threats were a bluff, or that the administration knew it couldn’t buck the incoming, very pro-Israeli Congress. But, in any case, by all accounts, it not only was prepared to cast a veto but worked closely with Israel to thwart the Palestinians.

This, in particular, is bad news for the Israeli left. With Israeli elections set for March 17, the left’s trump card so far has been that U.S.-Israeli relations are in a shambles and it’s all Netanyahu’s fault, leaving Israel defenseless before a “Palestinian diplomatic tsunami.”

The “tsunami” we just saw, however, looked more like a passing squall. 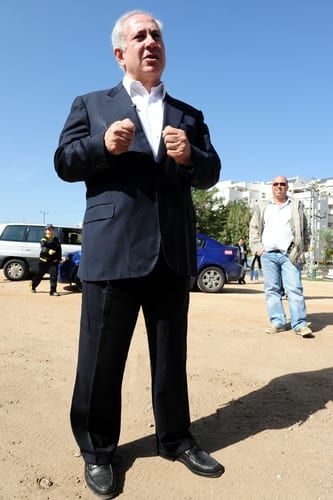 No less significant, though, is that this time—unlike many times in the past—the Palestinians could not even get their resolution to the point that the U.S. needed to veto it.

While democracies like Britain, Lithuania, and South Korea did not do themselves proud by abstaining, the fact that seven rather varied countries joined to block the Palestinian effort reflects the reality that, under Netanyahu, Israel has actually been expanding and improving ties with African, Asian, and other countries.

One of Netanyahu’s achievements has been to demonstrate Israel’s willingness to work out its issues with the Palestinians in negotiations—while, for those not hopelessly biased, exposing the Palestinians’ unilateralism and total unwillingness and inability to compromise. This may be bad news for the Israeli left, but it’s good news for the people of Israel as a whole, who know that he’s a smart steward and will reelect him in March.