As Palestinian-State Fest Continues, So Do the Atrocities

There was a flurry of pro-Palestinian-state international activity this week. It basically happened in dizzying succession in the space of one day—Wednesday.

This was also a week in which two Islamic terrorist incidents, one in Australia and one in Pakistan, got some airplay. Seemingly the fact that the leading Palestinian movement is currently Hamas, an Islamic terrorist organization, should put a damper on pro-Palestinian-state activity. But it doesn’t—in the least.

In each of these cases there were mitigating factors.

The European Parliament said the Palestinian state should result from peace talks with Israel (and not just be imposed); Europeans claimed the European Court’s ruling was a technicality and Hamas would be returned to the blacklist; the Geneva Convention vote was boycotted by the U.S., Canada, and Australia; and the draft resolution submitted to the Security Council is subject to further negotiations, and might not get voted on for a while.

Still, the drift is clear. A Palestinian state is seen as a good thing, the so-called Israeli “occupation” as a bad thing. What actually happens on the ground makes no difference.

U.S. Secretary of State John Kerry, for his part, tried to get the Palestinians to hold off on the Security Council resolution, saying it “might be perceived as interfering” in Israel’s elections set for March 17.

This concern translates into a hope that a left-leaning Israeli coalition will emerge from those elections, one more amenable to that pot of gold at the end of the rainbow—a Palestinian state. 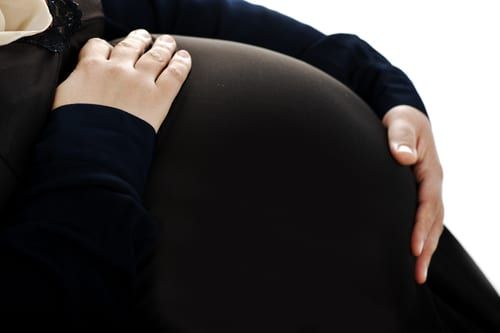 Meanwhile the evidence keeps rolling in that a Palestinian state—which apparently means one embracing the West Bank and Gaza, expanding the one that already exists in Gaza—would actually be a bad thing and contravene all professed Western values and interests.

So, some of the latest tidings:

* It turns out that Israel’s Shin Bet security agency arrested Palestinians in October and November who were planning a suicide bombing in Tel Aviv (and other attacks). Among those arrested was the would-be suicide bomber—a woman who “was supposed to carry out the attack with an explosive vest hidden in her clothes while disguised as a pregnant Jewish woman.” (Even in the depraved world of 21st-century Islamic terror, this appears to be an innovation.) Two Palestinian organizations—Hamas, which rules Gaza, and Islamic Jihad—would have claimed credit.

* A poll by a Palestinian pollster shows that 80% of Palestinians support recent terror attacks on Israelis, which—among others—have included a massacre in a synagogue and an attack that killed a three-month-old girl. The poll also found that if Palestinian elections were held today, Hamas would win. 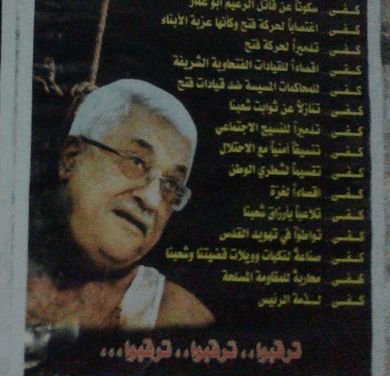 * Another poll, this one of Palestinians in the West Bank, found that two-thirds say they are afraid to criticize (alleged moderate) President Mahmoud Abbas. With his approval rating down to 35% as Hamas gains popularity, last month Abbas outlawed the West Bank’s major labor union and briefly jailed two of its leaders. As Khaled Abu Toameh notes, in voting for a Palestinian state the European Parliament (and national European parliaments that have done the same) “are ignoring the fact that the Palestinians have been without a functioning parliament for the past seven years.”

* And more on Palestinian political culture: on Thursday posters of Abbas hanging by the neck appeared in Gaza, put up by supporters of an exiled political rival. Meanwhile high-ranking Hamas leader Mahmoud al-Zahar says that if Hamas gains a military foothold in the West Bank, it will destroy Israel “with a speed that no one can imagine” and “build an Islamic state in Palestine, all of Palestine.”

It looks bad to us here in Israel: Palestinian-state advocacy marches on oblivious to Palestinian terror, dictatorship, and Islamism. Those hoping Israelis will react to all this by getting more dovish will be disappointed.