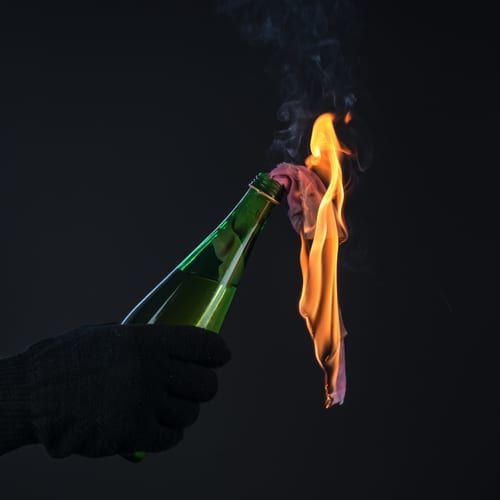 The other day a 17-year-old Palestinian (or according to some reports, 14-year-old) named Orwa Hammad stood poised to throw a Molotov cocktail at Israeli cars near Ramallah. Fortunately, Israeli troops posted nearby shot him dead. The purpose of Molotov cocktails is to burn victims to death.

Among other cases, it happened in 1988 when a Molotov cocktail thrown by Palestinians at an Israeli bus in the Jordan Valley burned an Israeli woman, her three children, and a soldier who tried to save them to death.

In this case the Palestinian, Hammad, was a U.S. citizen whose father lives in the U.S. In response to the incident,

US State Department spokeswoman Jen Psaki said the US “expresses its deepest condolences to the family of a US citizen minor who was killed by the Israeli Defense Forces.”

Calling for “a speedy and transparent investigation,” Psaki said officials from the US consulate in Jerusalem were in touch with the family of the slain youth.

As Moshe Phillips and Benyamin Korn point out, the Obama administration has not shown similar tenderness toward other U.S. citizens involved in Middle Eastern terror. Among other examples they cite, “When Eric Harroun of Arizona joined an Al Qaeda group fighting in Syria last year, he was arrested as soon as he tried to re-enter the United States.”

Of course the administration has lately escalated its vendetta against Israel, snubbing its defense minister, calling its prime minister vulgar names, harshly demanding Jew-free zones in Jerusalem, and the like. The above-quoted statement by Psaki, however, is the worst of these latest incidents. It comes very close to a direct endorsement of anti-Israeli terror. The family of the petrol-bomb thrower gets “deepest condolences”; Israel gets a call for a “speedy and transparent investigation,” clearly implying that it is not to be trusted. 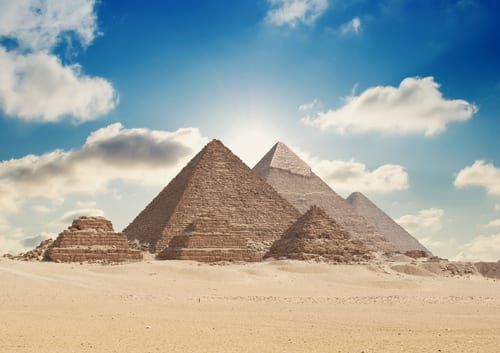 But while U.S.-Israeli strategic ties remain strong and the alliance will survive the Obama era, the same cannot be said about U.S. ties with another Middle Eastern ally—or former ally—Egypt. In the summer of 2013, Egyptian general (now president) Abdel Fattah el-Sisi, backed by the largest popular protest in world history, overthrew the short-lived, Obama-backed Muslim Brotherhood regime. The administration has been embargoing arms to Egypt ever since.

That comes at a time when—as described by Zvi Mazel, a former Israeli ambassador to Egypt and expert on its affairs—Egypt is under jihadist siege. Last weekend an attack near its border with the Gaza Strip killed 30 of its soldiers. The situation is serious, with, as Mazel puts it, “Islamic terror trying to destroy Egypt as it has destroyed Libya, Somalia, Yemen, Iraq and Syria.”

Along with Egypt’s now terror-infested Sinai Peninsula, Mazel reports that dozens of Egyptian soldiers have been killed recently by jihadists infiltrating from Libya. That was the country where an odious but no-longer-belligerent leader, Muammar Gaddafi, was bombed out of power by the Obama administration and its European allies—leaving a jihadist maelstrom in his wake. 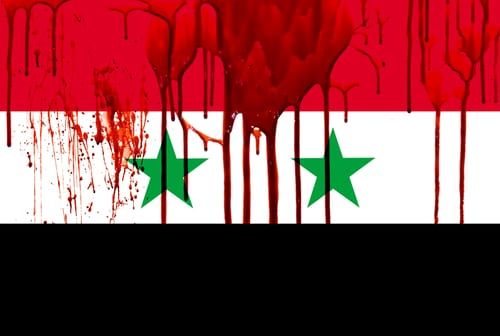 “Sisi,” says Mazel, “was confident he could depend on America’s assistance to fight the threat of terror.” Finding himself embargoed instead, he has been trying to forge an alliance with other North African countries like Algeria, Sudan, and the still-standing, besieged legal government of Libya.

“Should he fail,” Mazel warns, “it would be a disaster for the Middle East and for the West.”

Egypt, it should be noted, is by far the largest Arab country with a population of almost ninety million. Its fall to the jihadists would be an even worse disaster than their takeover of parts of Iraq and Syria, putting a much larger land mass and population, along with the Suez Canal, at their disposal.

But while the administration has been fighting a terror group that puts beheadings of Americans and others on the internet, regarding other Middle Eastern terror phenomena its moral myopia—inability to distinguish friend from foe, attacker from defender—remains.

Or to put it more bluntly, the administration’s fierce animosity toward Israel under Netanyahu and Egypt under Sisi—the former a pro-Western democracy, the latter a would-be Western-aligned nondemocracy that is much better than the alternatives—leads it to constantly vilify one and throw the other to the wolves.

No wonder Israel is worried that the administration could be on the verge of signing a deal with Iran that will essentially let it go nuclear. It’s the kind of thing moral myopia, and sympathy for aggressors, can lead to.