How Obama Distorted the Obamacare Ruling 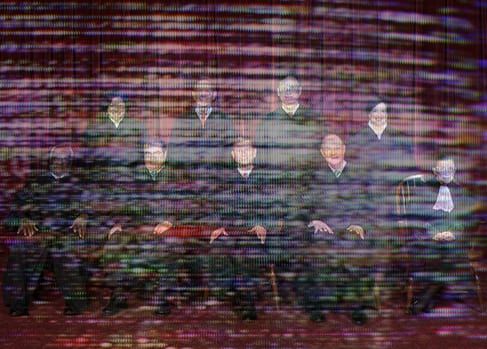 Good afternoon. Earlier today, the Supreme Court upheld the constitutionality of the Affordable Care Act — the name of the health care reform we passed two years ago. In doing so, they’ve reaffirmed a fundamental principle that here in America — in the wealthiest nation on Earth — no illness or accident should lead to any family’s financial ruin.

Two things are striking about these opening sentences. First, it’s both amazing and amusing that, 27 months after its passage, Obama (rightly) thinks he has to tell the American people the name of his centerpiece legislation. The citizenry, of course, knows it as Obamacare. Moreover, that’s a much better name — both because it identifies the perpetrator and because calling the 2,700-page monstrosity the Affordable Care Act is only somewhat more accurate than calling it the Liberty Act.

The second — and more important — striking aspect of Obama’s first two sentences is this: He claims that the Supreme Court’s ruling “reaffirmed” the “principle that here in America…no illness or accident should lead to any family’s financial ruin.” But does the former part-time-constitutional law lecturer and current president really think the Court reaffirmed any such principle?

In truth, the majority opinion said nothing that praised Obamacare as a matter of policy, and rightly so — both because Obamacare is horrendous policy and because the Court has no business weighing in on such matters. As such, anyone will search in vain in the Court’s ruling for evidence supporting the “principle” that government-provided health care should be made available to all Americans who need it.

In fact, the opinion flatly states that “the Court does not express any opinion on the wisdom of the Affordable Care Act. Under the Constitution, that judgment is re­served to the people.”

It upheld the principle that despite Obama’s ongoing claim to the contrary, Congress has no power under the commerce clause to force Americans to buy a product or service of the federal government’s choosing. Chief Justice John Roberts, speaking for the Court, writes,

The individual mandate, however, does not regulate existing commercial activity. It instead compels individuals to become active in commerce by purchasing a product, on the ground that their failure to do so affects interstate commerce. Construing the Commerce Clause to permit Congress to regulate individuals precisely because they are doing nothing would open a new and potentially vast domain to congressional authority.

Chief Justice Roberts adds, “The Framers gave Congress the power to regulate commerce, not to compel it, and for over 200 years both our decisions and Congress’s actions have reflected this understanding. There is no reason to depart from that understanding now” — even though “[t]he Government [the Obama administration] sees things differently.”

The Framers knew the difference between doing something and doing nothing. They gave Congress the power to regulate commerce, not to compel it….

The individual mandate forces individuals into commerce precisely because they elected to refrain from commercial activity. Such a law cannot be sustained under a clause authorizing Congress to “regulate Commerce.”

The Affordable Care Act’s requirement that certain individuals pay a financial penalty for not obtaining health insurance may reasonably be characterized as a tax. Because the Constitution permits such a tax, it is not our role to forbid it, or to pass upon its wisdom or fairness.

As this passage suggests, one might also add this: The Court upheld the principle that, when it comes to matters of policy, the American people should decide. Accordingly, if this election was ever primarily about the economy (a doubtful notion), it is no more. It’s now about Obamacare.