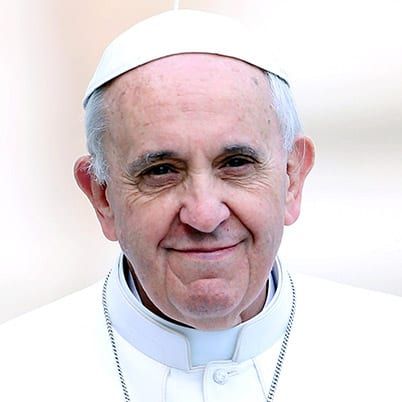 Pope Francis, Time magazine’s Person of the Year, is captivating. He is humble. He lives in a hostel instead of the apostolic palace and drives an old Ford instead of the papal Mercedes. He is accessible. He has been known to cold-call people in need and he takes part in selfie photographs with his followers. He is a man who doesn’t just talk the talk but walks the walk. Pope Francis is a breath of fresh air.

Amidst the praise and awe around the globe, Pope Francis is also garnering criticism. This is to be expected since the pope is a man who is stepping out of the norm. Aristotle said, “To avoid criticism, do nothing, say nothing, be nothing.” Pope Francis is most assuredly doing something.

One corner of criticism is from conservatives. According to Time, conservatives bemoan that in his exhortation he mentioned abortion only once. This censure is astonishing when one looks at Pope Francis’ actions. Pope Francis offered to baptize the baby of a divorced woman whose married lover wanted her to abort it. He has also admonished priests who won’t baptize children born out of wedlock for their “rigorous and hypocritical neo-clericalism.”  Actions such as these are sanctifying life and giving pregnant women, who fear condemnation, the courage to choose life.

What good is it to speak of the sanctity of life and then not value the life once life is born?

Pope Francis — famous for the words “who am I to judge?” — strikes the proper tone of a humble servant of the Lord dedicated to the souls he has been commissioned to heal. Should this not be a message to ponder in our social and political atmosphere here in America? Many conservatives isolate the single mother, the woman who made the courageous, Christian choice of life, by declaring that the traditional family is the only way to raise healthy, happy children. There must be a way to uphold the intrinsic importance of the traditional family without making the mother who chose life feel condemned for not being in one.

To show us the way is Pope Francis, who warns us of rigorous hypocrisy. Compelling the single mother to choose life is only the beginning of her and her baby’s story. Mercy and compassionate guidance need to follow them for the rest of their days. Pope Francis’s actions spoke louder than his words. He saw the woman and child as Jesus would see them. He saw them as children of God. Shouldn’t we?

Janine Turner is a longtime actress and a talk radio show host. She appears regularly on Friday editions of Fox News' The O'Reilly Factor.
Read more by Janine Turner