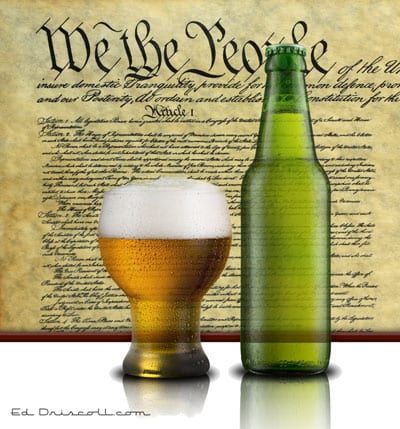 I guess you could call it a sports bar, but their regulars called it a pub and they had an ancient sign that said PUBLIC HOUSE to prove it. Their sport was politics — not a sissy game — where “argument” was considered a mild term. They had their elders but their guru was old Matt. He usually settled debates citing the rules of the house, which he wrote. When evaluating history, only two things were considered — basic facts and basic suppositions, which he listed under the headings, BF and BS. Matt always said, “Basic facts are scored big and basic suppositions are just guesses. They aren’t worth much unless that’s all you have. Some suppositions are necessary to achieve ‘spin’ or, maybe, only to write your own version.”

All the regulars understood the rules and it did tend to hold down the BS.

Then one night, the big discussion about a bit of history called “the Hundred Years War” was getting heated. The debate was over whether any war could last that long with people putting up with it. Old Matt took over. He said the answer is right here — they were living it. He called his story, the view from out here — away from Washington — “A Pub’s Eye View.” Here’s how he told it:

A series of conflicts between the royal houses of England and France began in the year 1337 and ended about the year 1450. The English gave up their claim to the throne of France and ended the dispute. The issue was settled but the rivalry was to continue. Years later, historians called these events “the Hundred Years War.” The people of the time probably didn’t refer to it as one long war but they knew there were a lot of battles.  England, though on the losing end, retreated to their island, and survived.

That hundred years war is of little interest today. Also of little interest, oddly enough, is the current hundred years war that may well be ending. It was just about 100 years ago that a new political philosophy began to achieve standing as a wing of our old Democrat Party. The Progressive movement came into sight with the election of Woodrow Wilson as president of the United States in 1912. Academia found political credentials with the election of this college president and quietly began to reshape all education down to the level of preschool. Many of the elitist intellectual class signed on. Matt reminded the lads “elitist means, the powers that be.” They are the leaders of any group who exercise the power and call the shots.

Progressives, under Wilson, had a setback when the Senate failed to ratify the peace treaty of World War I, which he championed, establishing the League of Nations. He did establish the federal income tax and Federal Reserve.

By the 1930s the era of entitlements began with the Social Security Act. These laws were considered progress and benefited millions of Americans, but also carried the seeds of potential national calamity. Poor and careless administration led to unintended growth, fraud and unsustainable debt.  Many politicians were eager to please the noisiest group clamoring for more giveaways.

Progressivism then began a long, patient struggle to come out of the shadows and pursue its dream of a utopian classless society ruled by the elitist brain of man nurtured by science and learning. Various happenings these past hundred years have both retarded their growth and have spurred it as well. With the stated goal of “fundamentally changing the structure of this country,” they are coming close to dismantling our culture and making us servants of a government free of any moral underpinnings.

Much “progress” has already been made. They have almost succeeded in removing God from all public life by perverting the meaning of “separation of church and state.” The founding fathers never excluded God from their deliberations. On the contrary, reference to God is found throughout their writing and private papers. To strengthen our religious freedom, they forbade the government from favoring a particular church over others. Separation of church and state never was meant to mean separation of country and God. Our Christian-Judaic culture is incompatible with the Progressive Socialism that is the inheritor of the Democrat Party.

It is a shame that so many present-day Democrats do not understand their party is now completely dominated by revolutionary Progressives, who are on the verge of seeing their dream of 100 years come true. They are winning by having chosen evolution rather than revolution.

Although the latest line of the pontificating elitists is that we are not a Christian country, they avoid the fact that the culture of this country is western civilization and it’s rooted in Christianity. Their definition of secular now means anti-God. We are indeed a Christian culture nation with recognition of a divine Being, while guaranteeing all citizens the right to believe or not to believe in God and to practice any or no religion. To weaken the foundations of our culture and heritage is a necessary step to eliminating patriotism and love of country. Socialism tolerates only allegiance to the government and it should never be questioned. Government’s “consensus” is never wrong.

(Consensus is a trick of the majority when they don’t have the votes according to the rules.)

While working to remove God and religion from all public facilities, special attention was given to our schools.  Along with God’s disappearance, American history was ignored or distorted. Their greatest gains and our worst defeats are the attacks against our Constitution by making changes, not through the legislative process, but through questionable court decisions.

During these hundred years, academia has done its fair share by educating decades of media people, many of whom serve as the indoctrination and apologist vanguard of the new Progressive Democrat Party.

Most Americans have viewed what has been going on for these 100 years as the normal struggle of a two-party system. There have been strong and heated political battles but these are usually accepted as differences of opinion between two respected groups. The past few elections and the legislative gridlock have made apparent a far more serious problem of governing. The differences between the two parties seem irreconcilable. The time has come for the people to choose between more government and maintaining our freedom.

The 2014 elections may be the last chance Americans get to choose between:

● A government that has outgrown its role as servant and is fast becoming the master of the people. A government that guarantees all and decrees redistribution of other people’s earnings to the non-producers and terms it “fair share” allotting is stealing. And so is a legislature passing bills of unknown content to commence the seizure of our entire health care and taxing systems.

● A return of government to its true role as servant to the people, reduced to a manageable size, commensurate with its constitutional obligations and responsive only to the people through their elected representatives who have to learn to stop delegating so much power to the bureaucrats of the power-prone agencies.

During our hundred years war we have been involved in another war: The thousand years war waged by radical Islam against western civilization. The United States, as leader of the west, has been the target for at least thirty years or longer, but many Americans refuse to admit it. Radical Islam is our enemy and is committed to the destruction of our American culture. Radical Islamists seek to replace our constitution with Sharia. Similarly, the radical Progressives seek to change or eliminate our constitution in favor of a socialist government, recognizing only Man’s elitist brain. Both groups hurl the cry of racism at all who disagree with them. Most Americans have had enough of this racism cry and their efforts to divide us. It was over a hundred years ago that earlier radicals were referred to as bomb throwers. In the 1930s and ’40s political extremists inherited the name as a joking reference. This allowed cover for the stealth radicals to blend in and not appear as the deadly threat they really were and are.

Our leaders’ failure to identify and name our enemy in the so-called “war on terrorism” has been very costly to the security and prestige of this nation. It’s pretty tough to take on two stealth enemies at once — but then, we did just that after Pearl Harbor when we went on to defeat Nazi Germany as well as Japan. That was a lesson in being unprepared and we were lucky that time. We were asleep and it could have cost us our freedom.

This first decade of this 21st century has been a period of the steady decline of individual freedoms and a dramatic increase in the power of government. Through court decisions, executive orders and the edicts of non-elected bureaucrats, America is becoming unrecognizable. The country has gone soft, lost its way, and is destroying its morals and its work ethic.

We have squandered our world leadership by allowing the United Nations — our own creation — to become the playground and bankroll for the Socialistic New World Order, committed to the demise of nation states and the rule of a “consensus” elite. Individual rights are sacrificed to the gods of secularism, diversity, consensus, political correctness and grossly distorted playing fields. Individual rights are sacrificed to group rights by a progressive interpretation of “eminent domain.”

We — most of us, that is — have been asleep for the better part of this past 100 years, never dreaming that there dwelt amongst us those who would trade our freedom for “pie in the sky” and a new world where everyone was equal and all were citizens of the world, unencumbered by national borders and ruled by the “consensus of the elite.” Lads, you’ve been in a hundred years war and didn’t know it.

If, by the end of 2014, we are just rousing from our long sleep, we may find it’s too late to save our country. Our benefits will be administered by “big sibling” as decreed by the “consensus.” We can then look forward to a world without national borders where we will be uplifted by the diverse peoples coming here to teach us their more civilized ways and save us from our “bible slinging” ways.

For a lot of us here, lads, who were born into the old Democratic Party, it’s hard to think that so many of our leaders were conning us for so long. Could it be that most of them got blind-sighted by a small group of radicals who had a different meaning of the phrase “fundamentally changing the structure of this country”? I guess, lads, that success, ego, flattery, and the desire to be loved and accepted by the elite of Washington could blind-sight some.

Old Matt closed that discussion for the night, reminding the lads to “just think about it.”