Remember when AOL finally recognized their lunatic business model and content choices were no longer viable, and the whole brand was just dangling by a thread, so they put Arianna Huffington in charge, and that’s when things, like, reaaally spun down the toilet?

Incompetently run organizations, from the Knicks to the United States, generally become that way by making a common judgment error: the employers assume that only a few people reside on Earth at any one time who could properly fill a certain high-profile position. This permutation of “credentialed, not educated” thinking (a common Glenn phrase) put a score of Kennedys in politics, made a bunch of useless glass at Solyndra, and now has placed Jeff Zucker on top at CNN.

In a prosperous future wherein I chair a media conglomerate, the following exchange will guide every hiring decision and be made known in a company prospectus and distributed amongst the investors, immediately attracting new speculation and filling Rick Santelli and Donald Trump with the kind of existential glee they only otherwise experience following competent stock dividend distribution. I see it as a real-life demonstration of Thomas Sowell’s “Three Questions for Liberals”:

Board Member/Dullard: “So and so’s the hot guy right now. He’s got solid connections.”

Me: “Shouldn’t we f***ing hire the connections?”

Two issues trip up most of those who fall for the false prophet, the vacant suit, the Hideki Irabu. First — and of primary importance to the last century of left-leaning politics, media, and culture — the failure to properly assess ability stems from an irrational impulse to imagine certain people as being a higher stature of human. An undefined savior quality sways others’ judgment, to the point that women were at one time lining up to sleep with Steven Tyler. We could probably boil this first problem down to “the myth of cool,” and everyone would know what we’re talking about, though using “cool” makes me uneasy, as people like Howard Dean and Maureen Dowd have benefited from this.

Second: bad hires happen not just from poor analyses of the candidate, but from poor analyses of the actual intellectual demands of the open position. In reality, there are about eight irreplaceable people alive (we’ve recently lost one), and if any of them were employed as cable news executives, you’d never be able to tell, because some professions simply don’t offer the opportunity to benefit from brilliance.

A Fields Medal-level thinker cannot make magic if his passion is septic tank installation. While it’s truly honorable work that can be performed at a high level, there’s only so much room there to apply his full capacity. So to speak.

And so it goes with cable news. This takes brilliance: 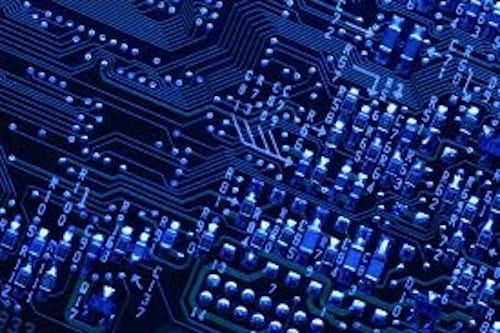 (The truth that journalism is the parlance of anyone with a degree of competence plus great passion and energy was, of course, the genesis of PJ Media, “a guy sitting in his living room in his pajamas” taking down Dan Rather.)

We need to understand just how much damage these two judgment problems have done to media, entertainment, politics, and academia. The two problems have garbled up the fields to the point that near everyone is often allowed to do a job that represents the polar opposite of their skill set. Work in L.A., N.Y., or D.C.? How many decisions per day do you witness being made by the identifiably worst person to be doing so in the building? “It” creatives are given authority to make business decisions; incredibly competent businesspeople waste their own time and devour the talent of others by editing artists’ words and visions; and sexy/tall people are allowed to do things not generally expected of those whose training is limited to being sexy/tall, like run entire divisions/be given ambassadorships/operate a vehicle.

Seriously — where else does this happen? Did Michael Jordan get to play center?

Certain positions just do not require elite thinking or training; if the positions are sufficiently powerful, artificial benchmarks are created to winnow the pool, with terrible results. The worst results being that folks start to believe the artificial benchmarks are meaningful. When the path to success is easy to comprehend, the only persons who could screw it up are the folks who:

A) think it takes a genius, and;

B) confuse “it guy” with genius.

Anyway: welcome to Columbus Circle, Mr. Zucker. You had success at the Today show. But then you vaporized — I mean absolutely vaporized — NBC. Yet due to A) and B) above, you are now the head of CNN. I hear you have solid connections.

So far, you have not disappointed. Your initial press appearance as CNN head included the following unbearably wonderful line:

We have to remain true to the journalistic values that are the hallmark of CNN, and also continue to broaden the definition of what news is.

For example: “Howard Dean bathed.” Technically, this is in fact news. Yet with Jeff Zucker’s vision, perhaps “Howard Dean’s shampoo” could also be news. Verbs may no longer be required in the Situation Room. Wolf could dedicate a segment — “Broadening with Blitzer” — wherein he recites various nouns and adverbs:

If — and I’m meeting Zucker waaaaaay past halfway here — he meant he wants to redefine what a cable news channel is, what he is actually proposing is that CNN cease to be a cable news channel. He wants some kind of hybrid, which would broadcast news, and also things that are not news, things which are properly called “entertainment.”

Zucker did offer up some leads in this direction at the conference:

“I think our competition today is anybody that competes for eyeballs and attention and produces non-fiction programming,” Zucker said. “News is about more than politics and war, we need to broaden that definition of what news is, while maintaining the standards of CNN’s journalistic excellence.”

“We have had shows about sports, fashion and technology, and some of that is going to be revisited,” Kent said. “It is all news that people need and are interested about. There is a lot of subject matter that we probably don’t give enough attention to.”

CNN is beginning to expand to other forms of non-fiction programming on the weekends with new shows next year hosted by Anthony Bourdain and Morgan Spurlock.

Does Zucker create some hits that keep CNN alive? Maybe, but the core business — NEWS — must suffer under this business model. News is, in fact, politics and war. Fox News isn’t demolishing CNN and MSNBC with their sports and fashion coverage. And under Zucker, CNN’s news coverage will be slower, have fewer resources, and 24-hour coverage will shrink to something significantly less.

They think this hybrid brand is brilliant. It is the polar opposite of brilliant.

Again: cable news is not hard. Further, even with the diluted media market, the 24/7 news channel sector still only has three competitors. Presently, one of them dominates with a near monopoly. Interestingly, that monopoly is maintained not by having snapped up all available resources and undercutting competition, but by … well, by nothing at all. Fox News has absolutely nothing giving them an advantage or barring competitors from poaching viewers. No more fertile soil, no fracking potential located solely under their headquarters. Nothing. Fox News is #1 solely because MSNBC and CNN are run by the A and B dopes described above.

The other 758 cable channels do scripted, taped stuff, and little “politics and war.” And Zucker just came in saying he wants to throw in the towel on the hyper-exclusive market where CNN is already established, and move into a market spread paper-thin, trying to create the next Hoarders or something.

And scripted is really, really hard. It’s not that it takes a genius, it’s that no one really knows what makes a hit. Lots of misses for every hit. You need to be all-in. But CNN can’t be all in, because much of the day still will be live news and commentary.

Can it work? The strategy could keep the network afloat, but it cannot repair the news coverage, which will eventually fail. It has to.

So Zucker cannot do this. The type of person who could fix CNN would be bright enough not to pull out of the 24/7 cable news market. They’d still be doing cable news exclusively, they’d just be doing it right.

Which not only doesn’t take a genius, it hardly takes a coffee break-length meeting. Seriously, I’m going to fix CNN before this episode of House Hunters ends. Go:

First — free up resources by massively paring down both national and international bureaus. Technology has made the need for, say, an expensive Damascus bureau obsolete. A trustworthy friend with an iPhone and an email account – that’s a Damascus bureau. (Anecdote: PJ Media was publishing video after video of the initial carnage in Syria this year because we had contacts with cheap cameras who simply trusted us. A producer for one of the four broadcast networks wanted me to tell him where we were getting all the footage from, as their supposedly elite team of pricey J-school Middle East capital-“r” Reporters were desperately scouring Twitter for footage. Which would have then gone through several levels of editors and political decisions before getting aired, if at all.)

Second – go through CNN’s schedule and can whatever isn’t working or has no chance of winning eyeballs from Fox News in its current format. Yes, this means dumping the liberal bias. It only works in a world with no other news/entertainment options, and that world is gone. Liberal bias is dominant on television, but its fractured across several outlets. Only a Fox News structure – which just happens to consistently do a better job at getting the facts right about the news, conservative or not – can be a dominant structure right now. Stealing eyeballs from Fox News doesn’t mean changing a bias, it means being verifiably better and faster with the facts.

Just checked CNN’s weekly lineup, and any rational, competent, passionate-about-the-news observer would can the entire schedule and start over.

Third — hire the connections. The actual talent with track records of success, accuracy, and on-air ability. No bells and whistles or cool kids. Start with Bill Whittle.

And the PJTV NewsHour.

Mr. Zucker and your new boss and board, your experiment is doomed to fail, and I’m thoroughly stunned it didn’t occur to you at that first press conference, considering the recent historical examples.

Your new strategy does not redefine news, it defines … AOL. Best of luck.