Is the Stock Market Reading the Tea Leaves?

Since September 1, the stock market has been on an upward tear. This is happening when the economic news (jobs numbers that sucked on Friday, reports of consumer behavior spending shutting down, etc.) continues to suggest nothing but doom and gloom ahead. What is going on in the markets? 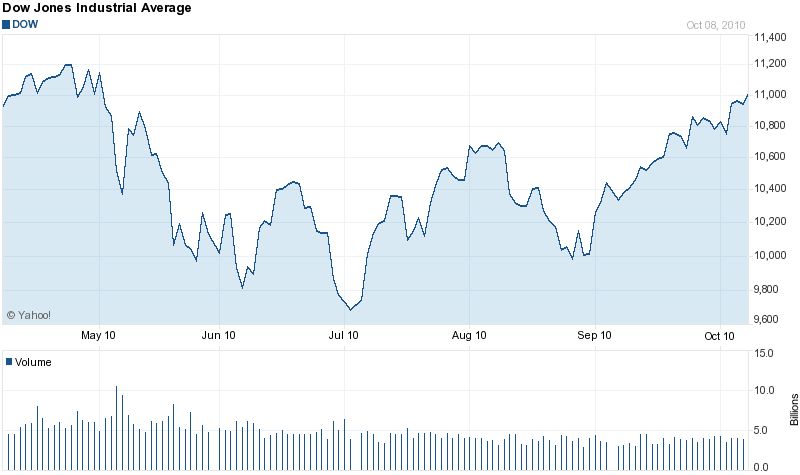 Stock markets, while they trade on news that comes in from publicly traded businesses, political and economic events, government intrusion and spending patterns (including levels of public debt), currency exchange rates and, among many other reasons, perceptions of inflation and other pricing indicia, are essentially forward looking. The markets price all available information that is available to them into literally millions of competing worldviews about the future. Some of these worldviews are optimistic, some are pessimistic. Since Labor Day, the worldviews are turning optimistic.

What’s impacting the market in such a way that we’ve seen a roughly 10% increase in the value of the Dow Jones Industrial 30? This is an astonishing increase in a month (and, for that matter, a 10% increase in any twelve month period exceeds the long term average rate of return in the stock market and is actually understating total returns because it excludes dividends), particularly after a summer of discontent and decline, marked by substantial volatility.

Here’s another chart. This is the Intrade chart of the political market’s belief that the GOP will wrest control of the House of  Representatives in the coming November elections. The corresponding chart for control of the Senate shows a similar trend. 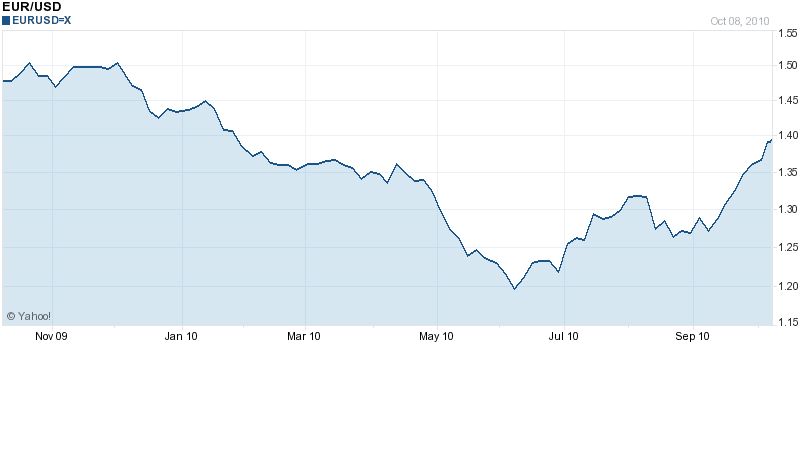 This is telling us that the reports of government debt are weighing heavily on the dollar. This is a near complete collapse in the short run of the value of the dollar in the period shown (you can see that it took nearly 8 months to go from high to low on the chart) with an acceleration that began at the same time the equity markets began to rise, signaling an evaporation in confidence in U.S. debts and a flight to equities to reprice returns.

In the short run, fear over debt and currency valuations support the prevailing political view. However, there is a fundamental incompatibility between the two (if the political calculation is correct, then the future will hold much slower growth, indeed, maybe even decline, in government spending, which will strengthen the dollar and curtail the flight into equities). In the long run, there will be a tug-of-war to see which trend is stronger, but for now, the two reinforce each other.

There is no doubt that the political market’s forecast of a coming rout in the political scenery is cheering the stock market up; the stock market is pricing in the prospect of an opposition party throwing sand in the gears of the most profligate spending we have witnessed in years. The American public seems ready to vote “Stop!!” and the markets are loving it.

Keep your eyes on earnings reports this week and also on the polls. The tea (party) leaves will continue to set.