Can America Recover Its Pioneering Spirit? 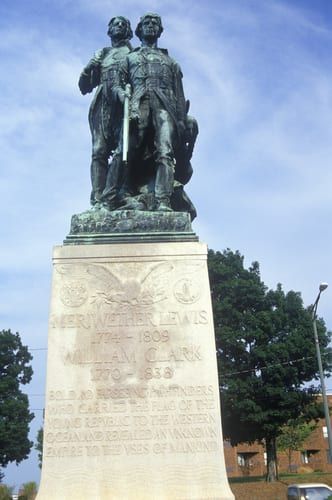 Americans have good reason to be proud of our country’s many achievements in science and technology. The U.S. is home to Silicon Valley, the technology capital of the world, and to 16 of the world’s top 20 scientific universities. Many of the essential devices we use every day such as the television, automobile, airplane, internet, personal computer and smartphone were invented by Americans.

The passion for scientific discovery in America goes all the way back to our nation’s founders, many of whom were deeply engrossed in the sciences as well as the politics of their day. In addition to authoring the Declaration of Independence, Thomas Jefferson was an excellent mathematician and a prolific inventor. Beginning in 1797, Jefferson served as president of the American Philosophical Society, the country’s leading scientific institution.

When he became president of the United States a few years later, Jefferson sent Lewis and Clark to explore the new Louisiana Territory and chart a route to the Pacific Ocean. Before the expedition embarked, Jefferson sent Lewis to Philadelphia for training in medicine and the natural sciences. The president was adamant that Lewis and Clark document every detail of their trip — the people they met, the animals they encountered, the plants they found, and the geology they observed.

The explorers sent many specimens back east to Jefferson, including some live animals (such as a prairie dog and a few magpies). They became the first people to describe a number of plant and animal species for science, including the grizzly bear.

The curiosity of the founding generation of Americans — including such figures as Jefferson, Franklin, Washington, and others — shaped America profoundly. The spirit of discovery became one of the nation’s defining characteristics as Americans rushed west into the frontier, then connected the continent through a busy network of steamships, railroads, and telegraphs. The belief that there was a better future ahead — and that American ingenuity was the key to it all — was an important cultural foundation on which many of the accomplishments we see today were built. 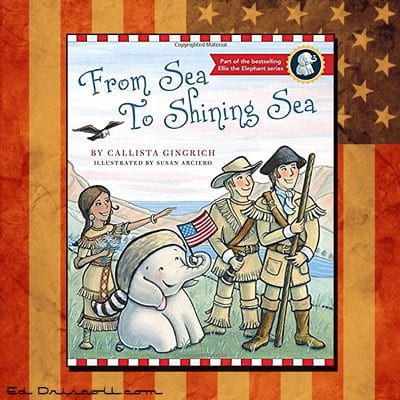 Today, the pioneering sense of excitement about the future has all but disappeared, in part because we are doing a poor job of helping the next generation appreciate the great achievements of our past.

A majority of fourth graders don’t know the purpose of the Lewis and Clark expedition, Department of Education data show. Most fourth graders can’t say why the pioneers moved west. And two-thirds don’t understand that westward migration resulted in new states being added to the union.

We must do a better job. If children fail to learn American history, they cannot possibly understand how America became the great country it is today. And more importantly, they won’t be able to help America remain the most pioneering and prosperous nation on earth.

That’s why it’s more important now than ever to find creative ways to introduce young people to American history. In From Sea to Shining Sea, my new book for four to eight-year olds, Ellis the Elephant joins the Lewis and Clark expedition as they venture west into unknown territory. Ellis helps children see that courage matters, having big dreams matters, and patriotism matters.

There are many other ways to help inspire a love for American history. Our country is full of wonderful historical sites and museums, from Mount Vernon and Monticello in the east to Lewis and Clark’s Pacific campsites in the west.

As Americans, we are justifiably proud of our scientific accomplishments, and we certainly love our technology. But the next time you marvel at your smartphone or your tablet, take a moment to marvel, too, at the country that made it  all possible, starting more than 200 years ago. Then take a few minutes to share this story with the young people in your life, in the hope that it will inspire the next generation of pioneers toward an even better future.