States Vie for a Lucrative Chunk of Emerging Drone Industry

WASHINGTON — With hundreds of unmanned technology firms crammed into the massive exhibit hall at Washington’s Convention Center this week, a handful of states hoping to lure the emerging technology to their home turf joined the exhibition booths at the Association for Unmanned Vehicle Systems International conference.

North Dakota, Oklahoma, Wyoming and Minnesota were among the more than 600 exhibitors, urging attendees from across the world to take a look at their corner of the U.S. as a prime spot to set down roots and grow their drone business. Utah beckoned passers-by with a giant air-filled Bigfoot wielding a drone. And from our neighbors to the north, Alberta was bucking for business as well.

Over at the Idaho booth, which was backdropped with a sunny landscape photo and stocked with Idaho businessmen in the aviation industry, one adviser to the state’s Department of Commerce said their focus is using the technology to benefit agriculture, water resources, fish and game, fire sciences and more.

“What works in one region may not work here,” said Steve Edgar, president and CEO of aviation firm ADAVSO, stressing that they’re promoting unmanned vehicles for uses that aid the welfare of their area.

He compared the benefits vs. privacy argument to the debate over the tradeoffs for TSA security.

“This is nothing new,” Edgar said. “Concern for privacy is always at the forefront of new technology.”

“We’re pro-UAS business. We’ve been flying tests for 15 years,” he added. “You want to see it used safely.”

Commerce Director Jeff Sayer lauded the tech wave coming to his state and recommended that its integration be embraced.

“We see that as a wide-open opportunity,” he said.

Sayer said it’s essential to “assure citizens they would be protected” in terms of privacy rights and carefully move forward to “demonstrate to people, look, we’re not crossing the line.”

“If our entire nation embraced that, everyone would benefit,” he said.

Being at the sprawling conference helps the unmanned systems industry “realize we really are a player,” Sayer added.

AUVSI has estimated that the drone industry could create 100,000 jobs by 2025, depending on legislative efforts to stem the use of unmanned aerial vehicles.

Idaho has tried to get out in front of the privacy concerns by this spring becoming the second state in the nation to enact restrictions on unwarranted surveillance. By tackling privacy fears from the outset, the state hopes to concentrate on pressing forward with accelerated development of drone technology and testing. 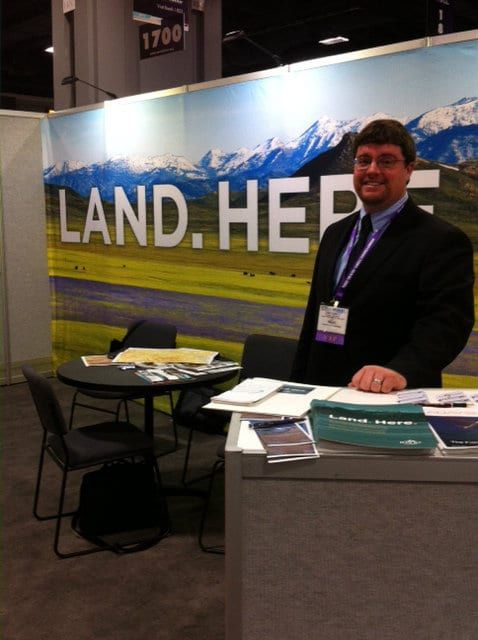 Over at the North Dakota booth, Doug McDonald, president of the Great Plains Chapter of AUVSI, said the unmanned industry is a natural fit for the state.

“North Dakota has a long history of aviation across the board,” McDonald said, and is buoyed in its quest to lure new business with the strong presence of the Defense and Homeland Security departments in the state.

He hopes businesses see an opportunity to grow in “uncongested airspace.”

With the Federal Aviation Administration opening airspace to commercial drones in 2015, interested states — including those at the conference — are aggressively vying to be one of the early test sites. The FAA expects to name the lucky six by the end of the year.

Privacy advocates are rushing to enact federal privacy laws governing drones to regulate government use, but advocates for the commercial uses note that federal law needs to work in tandem with states that want to embrace the technology — and take into consideration, Grindberg noted as an example, situations such as a farmer wanting to survey his land across two states that might have different laws.

“This is all part of the debate which has to happen,” Grindberg told PJM. “Those debates are healthy to the process.”

North Dakota’s Senate shot down a bill that passed in the state’s House of Representatives that would have prohibited drone use by law enforcement without a warrant and required that any pictures retrieved by drones have to be destroyed within 90 days.

Grindberg said “education and policy” will address concerns of drone opponents over time, comparing worries over the technology to fears that the advent of the Internet would cause mass intrusion into people’s privacy.

Over at the Ohio booth, which offered cookies shaped like the 17th state, Rep. Mike Turner (R-Ohio) stopped by to get an update from and encourage the representatives pitching the state’s positives to conference attendees.

“There are other states here, that’s for sure,” Turner noted.

Turner, along with House Speaker John Boehner (R-Ohio), Sens. Sherrod Brown (D-Ohio) and Rob Portman (R-Ohio), and other members of Congress, lobbied the administration this spring for an Ohio/Indiana alliance to be chosen as one of the test sites.

“Because of the large aerospace manufacturing sector already present in Ohio and Indiana, the selection of our proposal stands to provide high job gains in the region,” said the letter to Transportation Secretary Ray LaHood.

Representatives manning the booth told PJM that GOP Gov. John Kasich is supportive of the quest to lure drone business. Rep. Jim Jordan (R-Ohio), though, is a co-sponsor on the Preserving American Privacy Act of 2013 — a bill to provide a legal framework for the use of unmanned systems that some believe could be an industry-killer.

Turner told reporters at the conference today that they’re “on the cusp” of watching the growth of the industry explode.

“This emerging technology is going to make a huge difference,” the congressman said. 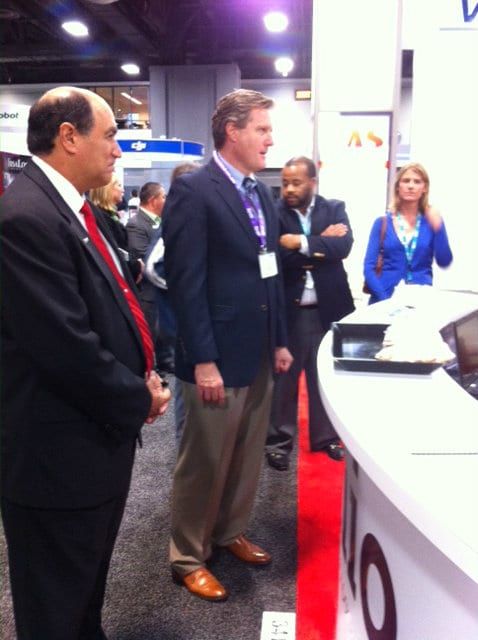