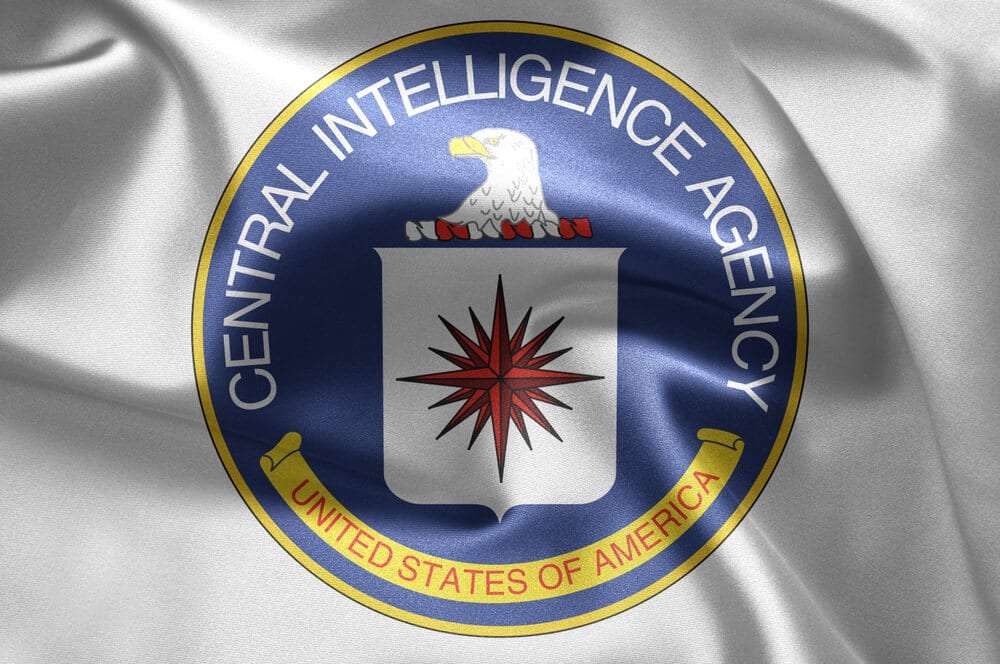 Testifying before the Senate Homeland Security & Government Affairs Committee, Woolsey, who served two years under President Bill Clinton, warned that EMP is “a clear and present danger and that something must be done to protect the electric grid and other life sustaining critical infrastructures — immediately.”

But Woolsey noted that official Washington is ignoring the looming threat despite a report issued by a blue-ribbon congressional commission in 2004 that offered what he termed cost-effective solutions.

“Continued inaction by Washington will make inevitable a natural or manmade EMP catastrophe that, as the Congressional EMP Commission warned, could kill up to 90 percent of the national population through starvation, disease, and societal collapse,” said Woolsey, now the chairman of the Foundation for Defense of Democracies. “Indeed, some actions taken by the Congress, the White House and the federal bureaucracy are impeding solutions, making the nation more vulnerable, and helping the arrival of an EMP catastrophe.”

Experts maintain an electromagnetic pulse (EMP) resulting from a high-altitude detonation of a nuclear weapon high above the jet stream — perhaps by a rogue state — or a geomagnetic “super storm” caused by the sun, could conceivably lead to an electrical blackout lasting months or even years. A 2008 report by the congressional Commission to Assess the Threat to the United States from Electromagnetic Pulse found that up to nine out of 10 Americans could die from a long-term blackout as a result of starvation and societal collapse.

Reportedly, according to the Wall Street Journal, a study by the U.S. Federal Energy Regulatory Commission warned that a terrorist attack that destroys just nine key transformer substations could cause a nationwide blackout lasting 18 months.

The world almost found out what life would be like in wake of a super storm in 2012, according to NASA, which places the possibility of such an event at 12 percent per decade, meaning that a catastrophe could occur within the lifetime of those currently populating the planet.

Sen. Ron Johnson (R-Wis.), the committee chairman, intends to address the potential catastrophe by proposing an immediate $100 million congressional allotment to address the vulnerabilities extent in the nation’s power grid.

The U.S., Johnson said, needs to “pull our heads out of the sand.”

“This is a threat that is real and we need to acknowledge it,” Johnson said.

Woolsey told Johnson – the lone lawmaker sitting through the hearing for the first hour and a half – that EMP “is not science fiction.”

“One prominent myth is that a sophisticated, high-yield, thermonuclear weapon is needed to make a nuclear EMP attack,” Woolsey said. “In fact, the Congressional EMP Commission found that virtually any nuclear weapon — even a primitive, low-yield atomic bomb such as terrorists might build — would suffice.  The U.S. electric grid and other civilian critical infrastructures — for example, communications, transportation, banking and finance, food and water — have never been hardened to survive EMP.”

Woolsey noted further that North Korea or Iran could launch a SCUD missile off the nation’s coast, set off a nuclear device from a high altitude and knock out a substantial portion of the grid. 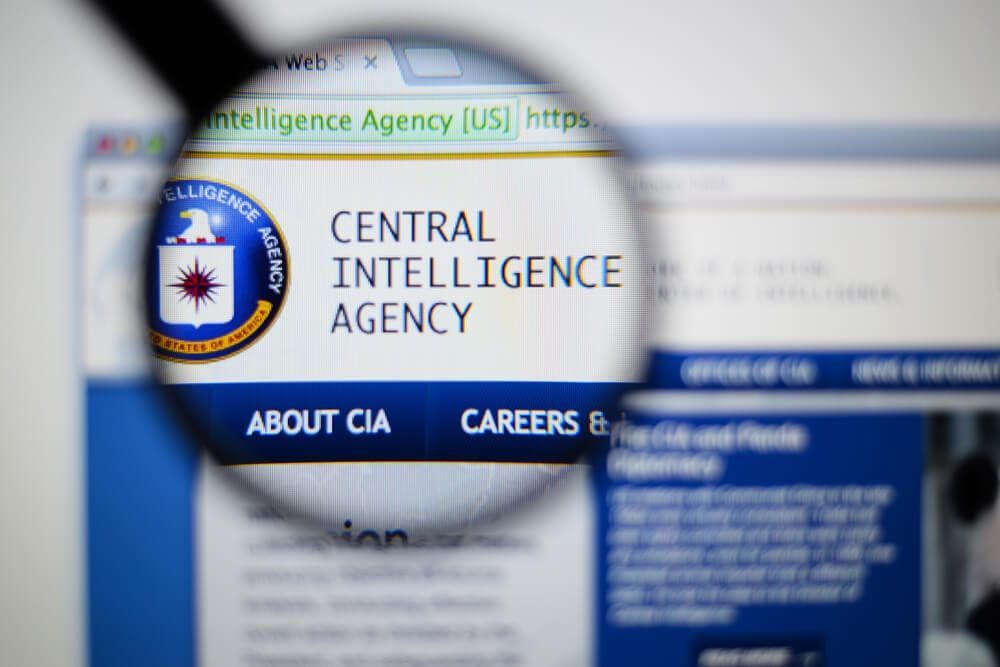 Joseph McClelland, director of the Office of Energy Infrastructure Security at the Federal Energy Regulatory Commission, backed up Woolsey’s claim, asserting that an EMP “could seriously degrade or shut down major parts of our power grid,” potentially for years, should an attack occur.

Usually these geo-storms are confined to nations at high northern latitudes and are not powerful enough to have catastrophic consequences. In 1989, the Hydro-Quebec Storm blacked-out half of Canada for a day causing economic losses amounting to billions of dollars.

“However, we are most concerned about the rare solar super-storm, like the 1921 Railroad Storm, which happened before American civilization became dependent for survival upon electricity and the electric grid,” Woolsey said. “The National Academy of Sciences estimates that if the Railroad Storm were to recur today, there would be a nationwide blackout with recovery requiring four-to-ten years, if recovery is possible at all.”

“Probably sooner rather than later, the RFW threat will come to America,” he said.

The Congressional EMP Commission recommended an “all hazards” strategy to protect the nation by addressing the worst threat — nuclear EMP attack. Woolsey said a nuclear EMP is “worse than natural EMP and the EMP from RFWs because it combines several threats in one.”

The Congressional EMP Commission recommended a plan to protect the national electric grid from nuclear EMP attack that would also mitigate all lesser threats — including natural EMP, RFWs, cyber bugs and hacking, physical sabotage and severe weather — for about $2 billion. About $10-20 billion would protect all the critical infrastructures from nuclear EMP attack and other threats.

“Unfortunately, none of these plans has been implemented,” Woolsey said. “The U.S. electric grid and other civilian critical infrastructures remain utterly vulnerable to EMP because of lobbying by the electric power industry and their North American Electric Reliability Corporation has, so far, thwarted every bill by the U.S. Congress to protect the grid from EMP. Even worse, the U.S. Federal Energy Regulatory Commission, which has a too deferential and too cozy relationship with NERC, has approved a NERC proposed standard for protecting the grid from solar storms that has been condemned by the best scientific experts.”

Consequently, he said, policymakers in the states who are alarmed by the lack of progress in Washington find themselves “seriously disadvantaged in efforts to protect their state electric grids by the utilities and their well-funded lobbyists who falsely claim Washington and the utilities are making great progress partnering on the EMP problem.”

So far in 2015, state initiatives to protect their electric grids have been defeated in Maine, Colorado and Texas.

To address the looming crisis, Woolsey said Congress should, among other things, pass the Critical Infrastructure Protection Act (CIPA), which requires the Department of Homeland Security to adopt a new National Planning Scenario focused on EMP. It also calls for the development of plans to protect the critical infrastructures and for emergency managers and first responders to plan and train to protect and recover the nation from an EMP catastrophe.

But Bridgette L. Bourge, senior principal in legislative affairs at the National Rural Electric Cooperative Association, told the panel that “it is not practical to try to protect the entire electrical system.”

“There is no consensus on precisely what measures should be taken, the unintended effects they might have on the system, how much such an effort would cost, or how successful such efforts would be in limiting impacts to the bulk power system,” she said. “For example, due to non-uniform designs and complexity, substation solutions would have to be individually customized, which would not come at a standardized rate.”

Additionally, she said, there are concerns that installing “protective devices” in some areas of the bulk power system could unintentionally cause problems in other areas.

“Further research and testing of these devices is needed, and is underway,” Bourge said.