Inside the 'Zone': PJM Visits the Red Sludge Disaster in Hungary

Yesterday I was allowed into the restricted area, as well as the strictly sealed off zone, courtesy of Hungarian Baptist Aid (HBA), led by my good friend Reverend Sandor Szenczy. He was also in Mississippi in 2005 to help victims of Katrina. Because of his help, I am able give readers of PJM a first-hand, exclusive report on the situation.

Our guide Laszlo, an experienced member of HBA, found two of the eight victims.

It is worse than I would have ever imagined. The little village of Kolontár is now empty — only emergency teams, military, police, fire brigades, and rescue teams are allowed in. The village of Devecser, ten kilometers away, was less damaged, but it too looks like a post-nuclear strike zone. Just military vehicles, and men and women in white protective suits and masks. 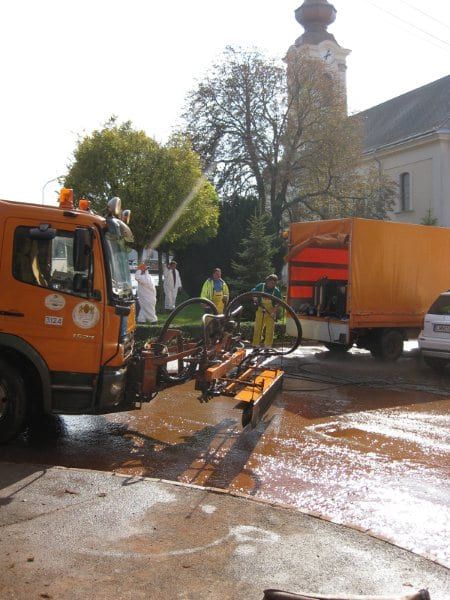 The sludge poured over a territory of more than 40 sq. kilometers. The height of the flow was almost 3 meters as it reached the little village of Kolontár. The part of the village which was most devastated was only about four kilometers from the dam which gave way. The sludge broke into houses, and washed away a bridge, road crossings, and railroad tracks. To understand the order of magnitude: the break in the dam is as high as a ten-story building. You can imagine the amount of sludge and the energy generated. 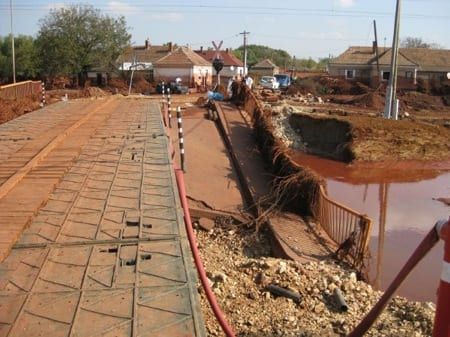 All the citizens were temporarily evacuated and brought to safety. Some will never be able, or willing, to move back. I saw collapsed houses and destroyed gardens. I looked into homes through the shattered glass windows, seeing rooms with furniture strewn all over the place. One striking image: artwork which appears to be the Virgin Mary hanging askew on the wall, with stains of red from the sludge. 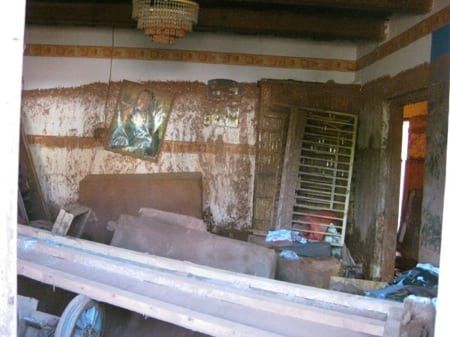 One new house was occupied for only two days before it was hit. Cars, tractors and other heavy machinery, household items, and toys litter the streets and fields. Trees, fields, vineyards were destroyed. The last time I had seen anything like this was when I visited the 9th Ward in New Orleans. 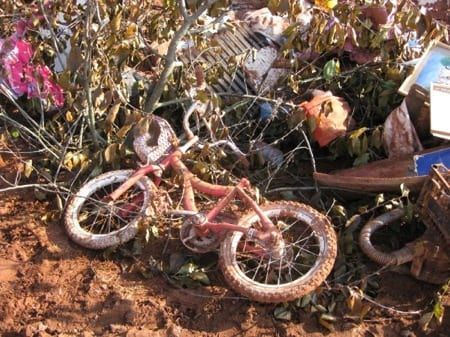 I heard first-hand accounts. A family which had just recently rebuilt their life after the loss of a son in a train accident two years ago lost a little baby in the mudslide. Their other son is still in serious condition at a hospital.

They told me about a mother who had held her two children above the sludge, one on each arm for several hours before help arrived. I heard the tragic story of a local activist who did not hear the warnings by fellow citizens that the bridge was about to give in. It collapsed under him. In his car, he was washed away by the sludge and died.

An elderly lady was found out in the fields in a heap of debris — almost eight kilometers away from her home.

One of the burn victims told me that her wounds are healing well, but they are now worried about the long-term impact of the dust.

I met with aid organizations, members of whom had been working 18-hour days to distribute clothes and food to families who had lost everything. The cleanup crews and engineering battalions are on guard to secure the place and prevent further disaster. Some citizens will start moving back soon to areas which are habitable, perhaps towards the end of the week. With the help of the authorities, others will start building new homes immediately.

Some have clear explanations for the tragedy, but they prefer to keep them to themselves for now. They say accusations will not bring back their homes or the dead.

It was heartening to see hope in the eyes of a father, a mother, and their little girl, a family from the area hardest-hit: “Thank God we survived, the rest is just stuff. We must rebuild, we must leave this disaster behind us.” They had miraculously postponed a walk on the street, which would have put them in harm’s way. They survived the slush moving through their home by sitting atop their furniture. When possible, they rushed to help others, hours before the first professional teams arrived. They lost everything, but they said this was not important, because their four-year-old little girl, Hera, came to no harm.

Said the mother, Timea: “You know, Hera used to say that she can see angels around her all the time. As soon as the sludge hit our home, she said, she can’t see the angels any more. Perhaps, their mission was over, they saved us. True or not, I need to believe that someone was watching over us.”

The old show Dallas still airs in Hungary, and is hugely popular. I happened to have a fake $10,000 bill autographed by Larry Hagman, “J.R.,” from meeting the actor in Washington a few years ago. I told them it was spiritual seed money: “I will frame it, and it will hang on the wall of the living room of the new house we will build,” said Timea. 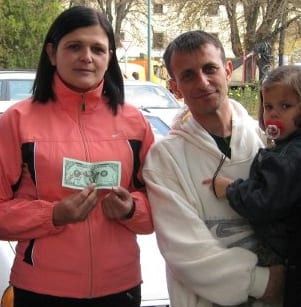 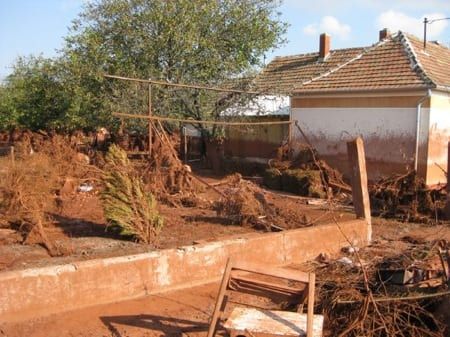 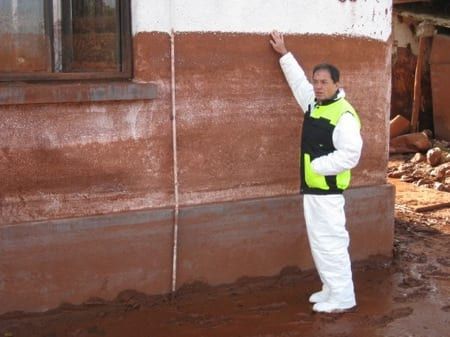 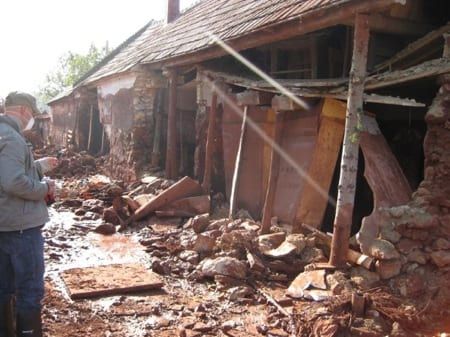 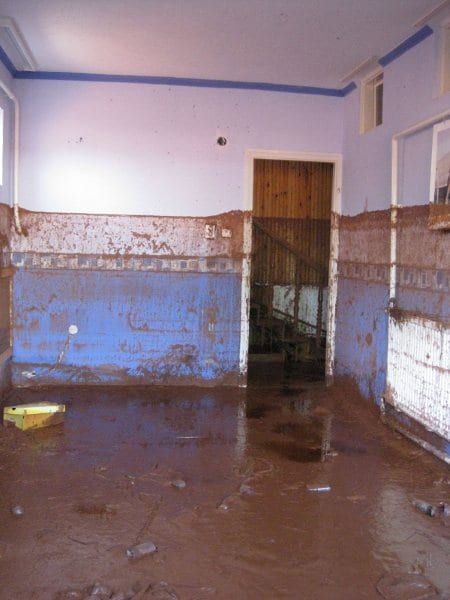 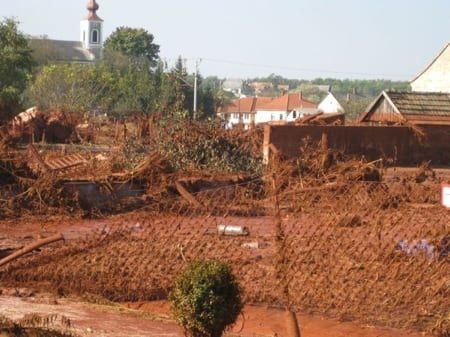