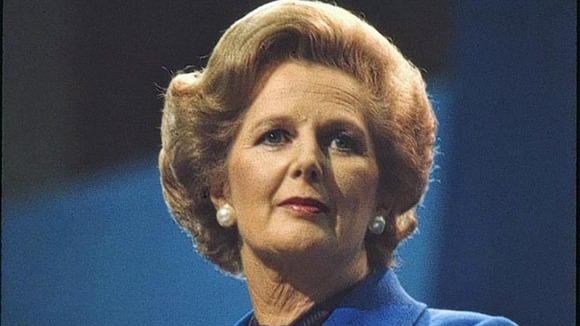 Two stories — which are really the same story.

My father-in-law was a very talented novelist and an extremely sophisticated and witty man — and a leftist academic. One day, when I was living in London, he took me out to lunch at one of the city’s fancy private clubs. While he was describing the plot of his new novel to me, he announced triumphantly, “And Winston Churchill is going to be the villain.” Rolling my eyes, I said, “Come on! Winston Churchill single-handedly saved Western civilization!” “Yes!” countered my father-in-law, “but it’s the only good thing he ever did!”

Then, a year or so afterward, my wife and I were having dinner with a charming and delightful woman whom I liked very much. She was a writer of enormous sex-and-shopping novels that were among the most popular in the UK — and, of course, a leftist. She was talking about Margaret Thatcher and kept referring to her as “the bitch.” Finally, in all affection and good humor, I said, “You know, I visited here in the ’70s. This country was mired in a third-rate economy. The unions were bullying the government with strikes. The people were miserable. Isn’t it true that Margaret Thatcher single-handedly rescued this country and turned it around?” The lady novelist peered sullenly into her white wine and finally confessed, “Yes, she did.” Then a pause. Then she said, “But she’s still a bitch!”

The moral, I think, is this: the greatest people are often hated by the best people. That is, in order to accomplish the truly good things in life, you sometimes have to court the disapproval of the finest, most sophisticated, most appealing, most educated, and most urbane people around. You have to learn to be hated by the very people whose company you covet. It’s easy to stand up, like a leftist, against some backwoods preacher you already despise. Try standing up to your friends, your colleagues, the people you admire — then you may be on to something.

Margaret Thatcher gave a great nation one final moment of greatness.  With Ronald Reagan and Pope John Paul II, she helped bring down an imperial tyranny that had slaughtered tens of millions. And she did it all while being reviled and sniffed at by all the in-the-know intellectuals and sophisticates who thought themselves so much wiser than she.

RIP Margaret Thatcher. When comes such another?