It’s tough for Congressional Democrats when their own president is less popular than an outdoor mask mandate at a NASCAR race — and twice as useless.

“Democrats,” reports an entire team of POLITICO writers, “are worried that Biden’s flagging polling numbers — with an approval hovering in the low 40s — will lead to a thrashing at the ballot box.”

So far, 19 Democrats know exactly what to do: They’ve announced they won’t seek reelection in 2022.

The remaining 269 Democrats in the Senate and House are left scrambling against both historical trends and — worst of all — Presidentish Joe Biden’s growing unpopularity.

Just to show you how desperate Democrats are right now, they’re putting the blame on the lamest of all political excuses: “bad messaging.”

Senator Chris Murphy (D-Conn.) claimed that “Maybe it would be the first time that the Democratic Party has ever been disciplined on message.”

Um … what? Democrats and their enablers in the mainstream media have enjoyed lockstep messaging for years.

Two Senate Democrats — Joe Manchin of West Virginia and Kyrsten Sinema of Arizona — remain steadfast in their opposition to the bill, even though they aren’t even up for reelection next year. Both of their votes are mandatory for passage.

What kind of “messaging” does that send to other moderate Democrats whose seats are at risk in next year’s midterms?

Assuming there are any other moderates left in the party, that is.

There’s also a little something I call “The Omicron Trap.”

If Biden wants to keep his coalition of COVID panickers riled up between now and Election Day, he’s got to keep whipping up the omicron fear. But as the Man (Supposedly) in Charge, Biden can’t afford to be seen as losing against yet another variant.

By November’s midterms, we’ll be about 32 months into the pandemic — 22 of them on Biden’s watch. He can either lay off the panicmongering or paint himself a loser.

Maybe that’s partly why Congresscritter Susan Wild (D-Penn.) told POLITICO, “I honestly believe that in my district, and in many districts, that it’s a mistake to try to tie your election or reelection to any president.” 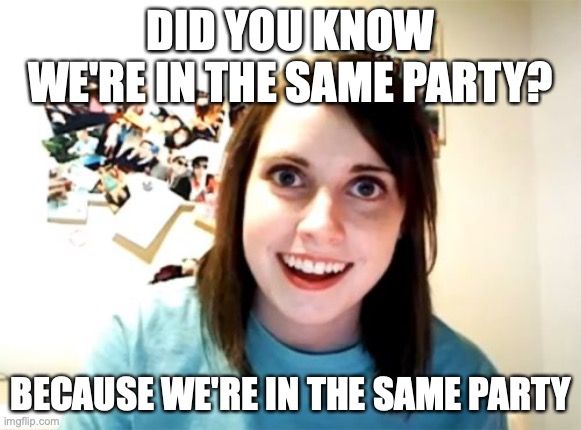 And it isn’t just about the messaging, either.

An ABC News poll conducted around Halloween had bad news for Democrats.

The poll was taken just before Democrats passed the $1.2 trillion infrastructure bill (even if it only spends nine cents on the dollar on actual infrastructure) and found that “a plurality (32%) of Americans think the bills would hurt people like them if they became law, while fewer (25%) think it would help them.”

I’m reminded of the old joke about dog food.

A giant consumer products company introduced a new dog food to great fanfare with a massive marketing campaign. But after a strong start, sales quickly declined. The company spent even more on ads, and finally hired consultants to come up with a new (and even more expensive) ad campaign.

Nothing worked. Sales were dismal. The company was losing money. Inevitably, the finger-pointing and infighting began.

The TV ad guys said their commercials were fine, but they were run during the wrong shows. The social media people blamed Facebook’s algorithm. The executives blamed the consultants. The consultants shouted back that the executives hadn’t followed their advice.

One of the new people finally said, “Maybe the dogs just don’t like it.”

Democrats can do all the finger-pointing and infighting they want. They can blame the messaging, fire their consultants, whatever.

But the fact remains that Mister 81 Million Votes can’t sell an agenda the American public doesn’t like.

Run from that, Dems.