Rolling Stones Go Woke, Retire One of Their Biggest Hits from Concert Playlist

Barely cold, the corpse of departed Rolling Stones drummer Charlie Watts must be spinning at the news that the band has retired an iconic song from their live shows.

Concertgoers and reporters alike had taken notice of the song’s absence from the septuagenarian group’s current “No Filter” tour.

Stones frontman Mick Jagger said in 1995, “I never would write that song now. I would probably censor myself. I’d think, ‘Oh God, I can’t. I’ve got to stop. I can’t just write raw like that.’”

In other words: Jagger would filter himself.

“Brown Sugar” is no longer a part of their live act.

The lead-off song from 1971’s Sticky Fingers is both one of the Stones’ best and most enduring hits… until now.

Let’s be clear: The “scarred old slaver” is the bad guy, a woman-beater and a rapist. The subject of his vile attention, aka Brown Sugar, is his helpless victim.

“Brown Sugar” is about as thorough a condemnation of slavery as can be imagined, all done up in under four minutes of hard-driving, blues-based rock’n’roll.

Stones lead guitarist Keith Richards told the Los Angeles Times, “I’m trying to figure out with the sisters quite where the beef is. Didn’t they understand this was a song about the horrors of slavery? But they’re trying to bury it.”

“They” didn’t bury anything. The Stones did when they quit playing what the New York Post reports is their second-most played song ever, after “Jumpin’ Jack Flash.”

ASIDE: There’s a very funny moment in the 1986 Whoopi Goldberg spy comedy, Jumpin’ Jack Flash, where she’s trying to decipher just what the heck the words are that Jagger is singing. I still laugh — inappropriately, yes — when she gets to the first line of the second verse and guesses, “I was raised by two fat lesbians?”

I’m so very sad that Jagger and Ron Wood apparently went along with canceling “Brown Sugar.”

How popular is the song, really?

To find out, I installed a fresh browser (Opera, if you must know) with no accounts or search history attached to it. Then I went to YouTube and started typing in the search box.

I got as far as R-O-L before “Rolling Stones Brown Sugar” was the second item in the autocomplete list. 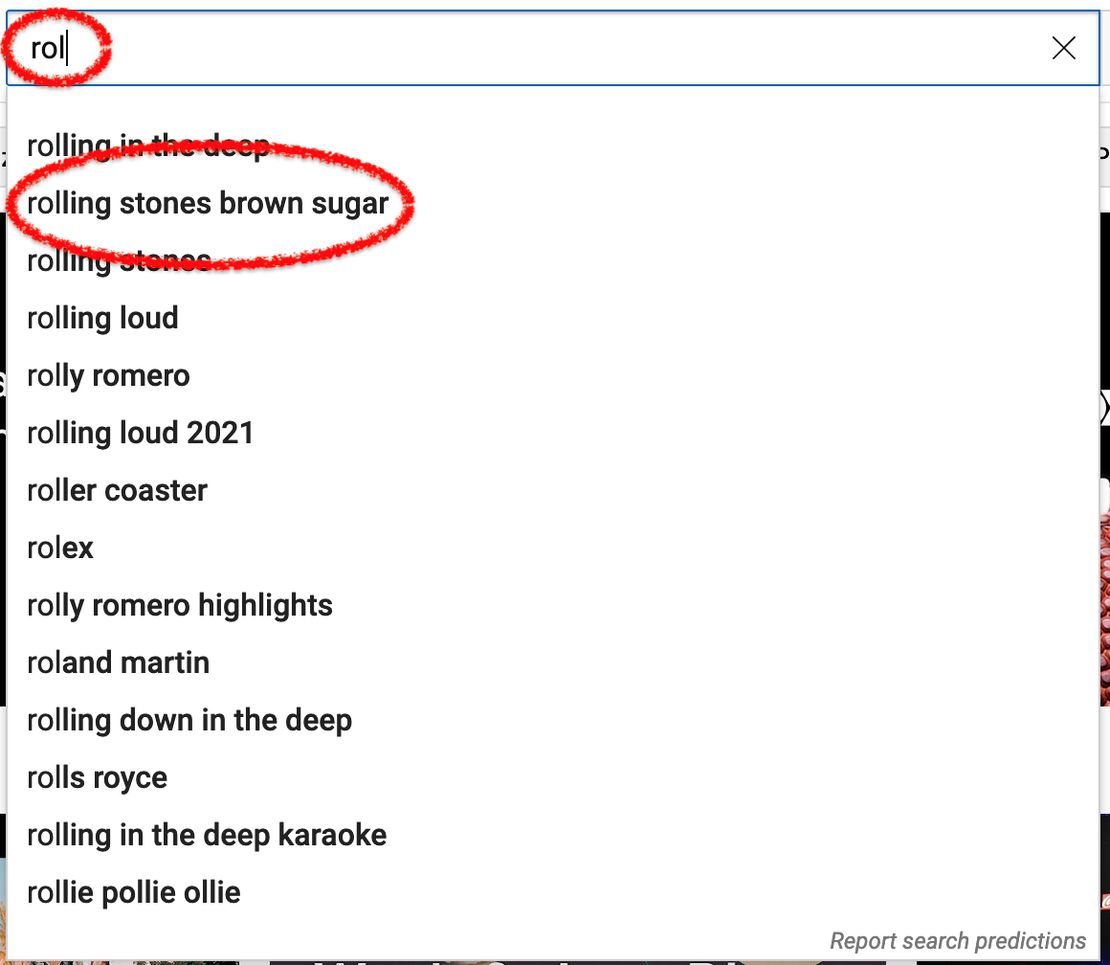 Now that cancel culture has discovered classic rock, where will it end? I made a shortlist.

It certainly can’t end with Jimi Hendrix’s “Are You Experienced?” That’s about Jimi seducing a virginal young woman into getting stoned and getting it on.

Since this got started on one racially charged lyric, what about Sly & The Family Stone? Their 1969 funk-rock epic, “Don’t Call Me Ni**er, Whitey,” is about as charged as it gets. But I suppose that kind of in-your-face defiance is passé in the age of masks, lockdowns, and mandates.

Frank Zappa was no stranger to cancel culture, even before it was called that. The outrage mob came for him, but he just didn’t care. Zappa had to Zappa. Now that he’s long gone, it can’t be long before “Titties ‘N Beer” has to go, too. I’m not even going to mention two other outrage-inducing Zappa classics, “Catholic Girls” and “Jewish Princess.”

Pat Benatar’s “Rated X” straddles the line between celebrating a woman’s career in the adult entertainment industry, and condemning it. If we can’t have “Brown Sugar,” we can’t have that, either — nuance is not allowed.

Pretty much the entire Prince catalog has to go… over my dead body.

If you do the math, you’d probably find that about 50% of all Rock and R&B tunes are about having inappropriate sex. So that’s an awful lot of the music from the last 50 years or so in desperate need of getting memory-holed.

The country is going to become awfully quiet and a lot less fun.

Anyway, here are the Stones in their prime, playing the hell out of “Brown Sugar” at a Texas concert in 1972.

Enjoy it while you can.

Steve launched VodkaPundit on a well-planned whim in 2002, and has been with PJ Media since its launch in 2005. He served as one of the hosts of PJTV, a pioneer in internet broadcasting. He also cohosts "Right Angle" with Bill Whittle and Scott Ott at BillWhittle.com. He lives with his wife and sons in the wooded hills of Monument, Colorado, where he enjoys the occasional adult beverage.
Read more by Stephen Green
Tags: MUSIC VIP WOKE