Welcome to Insanity Wrap, your daily dose of the best of the worst. “Fourth Riot Police Officer Commits Suicide” is today’s big crazy.

Actually, we’re going back up a bit in today’s Wrap and take a look at the bigger picture because Insanity Wrap is pretty sure that every crazy conspiracy theory is basically coming true.

Not a single word in this video makes sense pic.twitter.com/dpeOrrPtIl

Insanity Wrap believes that neurodivergent minors using kitty and pup and bunnyself pronouns are the best reason for day-drinking ever.

#ProTip: Your unhinged mood swings are not genders.

You’re welcome. We hope this helps.

It only seems like yesterday that we learned that a third D.C. Metropolitan Police Department (MPD) who had responded to the January 6 riots had killed himself.

Because it was only yesterday that The Hill reported that officer “Gunther Hashida was found dead in his home” last week, according to an MPD email they received.

Once is happenstance, they say. Twice is coincidence. Three times is enemy action.

So what to call the fourth time?

A fourth law enforcement officer who responded to the Capitol on Jan. 6 has died by suicide, the Metropolitan Police Department (MPD) confirmed to The Hill on Monday.

A department spokesman said Officer Kyle DeFreytag, who had been with the department since November 2016, was found dead on July 10. Police confirmed DeFreytag, 26, was among a host of MPD officers who were sent to the Capitol in response to the riot.

Insanity Wrap’s first thought was to add a flip little remark like, “What did they have on Hillary?”

But we try to be better than that, at least on occasion. Four suicides would be one of those occasions.

The MPD has 3,800 officers, meaning that the force has had a suicide rate of just over 4 per 1,000 in just the last few months.

Even with 2020’s higher suicide rate (we couldn’t find final figures in time for today’s column), an MPD officer is about 25 times more likely to die by his own hand than a typical American.

The ratio skews even more toward the extreme when you consider that not nearly every one of the MPD’s 3,800 officers responded to the riot.

But who’s going to investigate? The same MPD that’s taken such poor care of its own officers? The FBI that may have enticed and entrapped protestors into becoming rioters?

If you need us, we’ll be in the darkest corner of the basement fashioning hats out of tinfoil.

An update and correction courtesy of a sharp commenter: 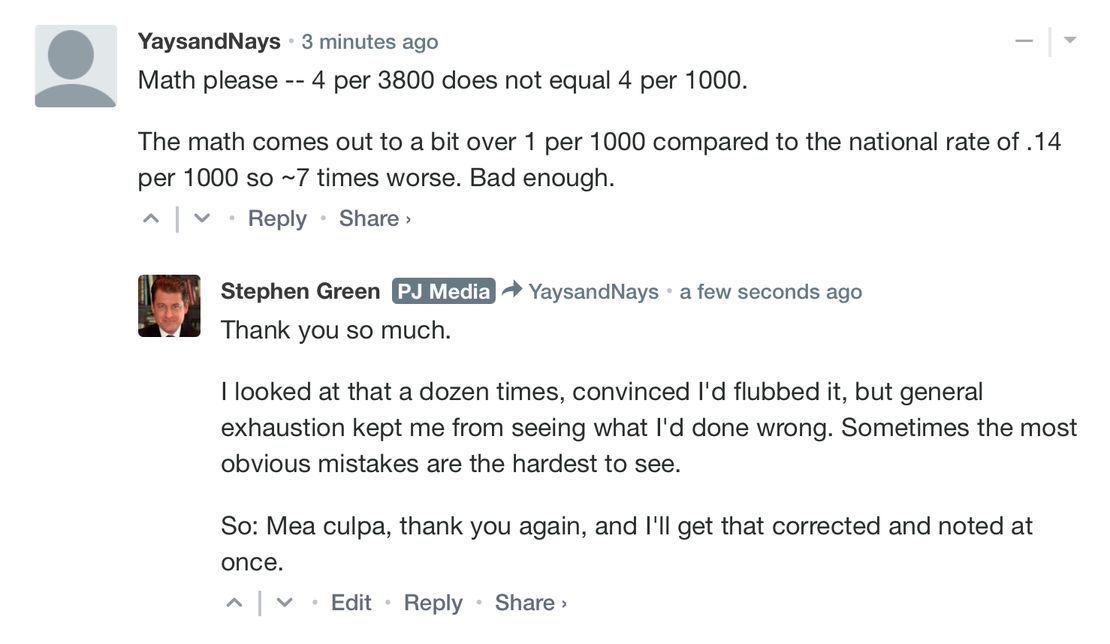 We apologize for the error and have brewed a fresh cup of coffee.

Previously On Insanity Wrap: Everything Is Up in Biden’s America: Food Prices, Jobless Claims, Division…

What Comes After QAnon?

As a rule, Insanity Wrap is so deeply uninterested in conspiracy theories that we rarely bother going on any of our infamous deep research dives into any conspiracy theory groups.

Honestly, we’re only vaguely aware of what QAnon is about, although we seem to remember there being something about a worldwide pedophile/sex-trafficking ring including every famous person you’ve ever heard of, up to and including Grover from Sesame Street.

We’re kidding about Grover. We think.

But then we read stories like this one about George Soros’ right-hand-man Howard Rubin:

But wait. It gets worse.

Another woman said she and Rubin had sex against her will claiming that while bound in his chamber he told her: ‘I’m going to rape you like I rape my daughter‘ before forcing her to have intercourse.

We’re calling BS that she hadn’t long known what kind of person her husband is.

In fact, as we learned with Jeffrey Epstein — who didn’t kill himself, BTW — everybody knew what kind of a person he was.

Everybody knows, and nobody talks.

Was QAnon right all along?

If you need us, we’ll be in the darkest corner of our basement sticking photos and notes and diagrams on a massive bulletin board.

The Washington Examiner writer on the story was not invited to the wedding, an organizer says

Being a sharp PJ Media reader, you’re probably well aware already that Washington, D.C., Mayor Muriel Bowser (D-Rules Are for the Little People) was exposed as a hypocrite over the weekend for violating her own mask order at a ritzy wedding reception.

The Washington Examiner’s Tiana Lowe broke the story late on Saturday, but the insidery Washingtonian has its digital panties wadded up into a thermonuclear wedgie because Lowe “was not invited to the wedding.”

Maya Pottinger’s story only briefly mentions the fact, but her editor at Washingtonian felt it necessary to put that line in the subhead.

The thing is? These days it really is newsworthy when a Washington reporter does some actual reporting.

If you need us, we’ll be in the darkest corner of our basement adding a few finishing touches to our scale model of the grassy knoll.

Everyone who isn't a complete fucking moron (or a white elite, but I repeat myself) understood this is exactly where 'defund the police' actually ends up: the wealthy and powerful afforded private security, and everyone else in a state of anarcho-tyranny. https://t.co/x7hwn9tgko

Today’s craziest person in the world is your very own Insanity Wrap, hidden in our basement with all our new stuff and all our old ammo.

Insanity Wrap was out all last week with a back injury. Actually, not so much because of the injury but because of the side effects from the prednisone we had to take so that we could get back to doing some of the little things in life.

Little things like walking and not crying out in pain all the time.

This column will be less frequent for at least a short while, but our old-school VodkaPundit material will be more frequent.

There are some changes coming, all for the good.

We appreciate your patience.

Steve launched VodkaPundit on a well-planned whim in 2002, and has been with PJ Media since its launch in 2005. He served as one of the hosts of PJTV, a pioneer in internet broadcasting. He also cohosts "Right Angle" with Bill Whittle and Scott Ott at BillWhittle.com. He lives with his wife and sons in the wooded hills of Monument, Colorado, where he enjoys the occasional adult beverage.
Read more by Stephen Green
Tags: CONSERVATISM CONSPIRACY THEORIES INSANITY WRAP CAPITOL RIOT