You Won't Believe Who Bought a Ticket on Branson's SpaceShipTwo

Welcome to Insanity Wrap, your daily dose of the best of the worst. Who bought a ticket on Branson’s SpaceShipTwo is today’s big crazy.

And now for an Insanity Wrap #ProTip.

If you’re trying to get people who, for whatever reason, are squeamish about vaccines, dressing up as cartoon-type characters and going door-to-door with jabby medical equipment is likely to cause more hesitation, not less.

Guess Who Bought a Ticket on Branson’s SpaceShipTwo

Leavin’ On a Spaceplane

Insanity Wrap is enthusiastic about SpaceShipTwo and its first-ever (almost?) passenger trip to space on Sunday — even though we have no clue if there’s a viable business model for SS2, or if we’ll have to wait another 15 years for SpaceShipThree to make that happen.

But did you see that flight? We can’t stop gushing.

Other people don’t see it that way.

Because hardcore leftism consists of little beyond the party-pooper desire to poop in literally everyone else’s punchbowl.

Entrepreneurs are pushing the boundaries of human achievement, and all the Left can do is furrow their pointy little foreheads over it.

Stelter has to “wonder, in the future, billionaires taking vanity tours of space while the climate overheats will be one of those moments the historians write about.”

Spoiler: No, it won’t. Future historians also won’t be writing about Brian Stelter, unless they uncover ancient videos of him and wonder if the early 21st century atmosphere was once dominated by a toxic brew of helium and estrogen.

Chandra Steele, a young tech writer with just enough fame that NBC News felt she deserved some web time (but noticeably, no airtime), wrote that “all of humanity loses” because “the stratification of who gets to leave the stratosphere is not another division we need.”

It used to be that only highly trained astronauts — only around 300 of them in the last six decades — employed by the wealthiest nation-states could get into space. Now the heavens are opening up to anyone who can afford a ticket, and prices will do nothing but come down over time.

Because free markets work, Ms. Steele. Or, as the wise man once said, “Get the hell out of my way!”

The New Republic’s Jacob Silverman has a blatantly Marxist take, arguing that Branson, Jeff Bezos, and Elon Musk are boosting their egos “using money and resources that belong to the people.”

“The people” didn’t build Virgin Galactic, Amazon, or SpaceX, so Insanity Wrap would kindly ask Silverman to STFU and go make his own fortune to give away to “the people” he cares so deeply about.

Speaking of Musk — don’t you just love Insanity Wrap’s superhuman ability to make the cheap segue? — now we get to today’s big crazy.

It’s possible that no one person better understands the difficulties involved in getting into space, or how to bring down the cost of launching a kilogram into orbit, than does one Elon Musk.

BOOM: Elon Musk has paid a $10,000 deposit for a ticket to the edge of space with Richard Branson’s Virgin Galactic.

Branson said, “Elon’s a friend and maybe I’ll travel on one of his ships one day.”

Wouldn’t that be something, a Brit and a South African immigrant flying on one another’s spaceships launched from New Mexico and Texas?

Welcome to the future, gentle reader, brought to you by American exceptionalism.

It’s different when Democrat politicians don’t wear their masks because shut up, peon.

Haiti has always been a mess.

Those heads of state have ruled over two “empires,” one kingdom, one dynasty, and three republics.

The country has been a virtual satrap of a coalition of Western Hemisphere nations since the deadly 2010 earthquake, including questionable efforts from Bill and Hillary Clinton to “help” the troubled nation.

So when Insanity Wrap reads that the assassins of President Jovenel Moïse had various U.S. connections, including government agencies, we’d have to be the craziest person in the world not to ask this question:

What the hell did Moïse do to piss off the Clintons?

Biden is headed to Pennsylvania to counter the ballot audit. https://t.co/U32EnvHVPh

Insanity Wrap would be happy to set aside all concerns about election shenanigans in various Democrat strongholds if they’d just stop acting like there’s something to hide. 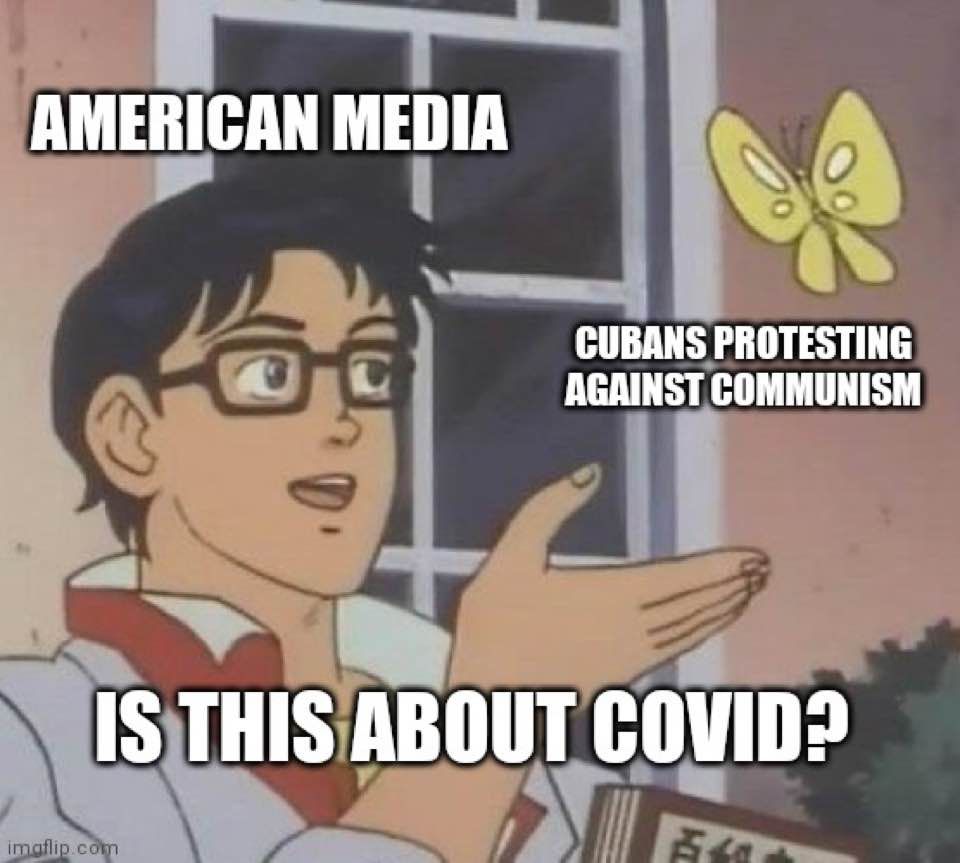 Steve launched VodkaPundit on a well-planned whim in 2002, and has been with PJ Media since its launch in 2005. He served as one of the hosts of PJTV, a pioneer in internet broadcasting. He also cohosts "Right Angle" with Bill Whittle and Scott Ott at BillWhittle.com. He lives with his wife and sons in the wooded hills of Monument, Colorado, where he enjoys the occasional adult beverage.
Read more by Stephen Green
Tags: PROGRESSIVISM SPACE WOKE INSANITY WRAP