When the Parasites Consume the Host

Americans are the most productive people on the Earth — and it’s a good thing, too, or we’d have collapsed into ruin long ago.

The bad news is that just because we haven’t collapsed into ruin, doesn’t mean that isn’t the road we’re on.

A long road leading right to the edge of a tall cliff.

I hate to be such a Debbie Downer, but when Democrats are in charge, we need to discuss these things.

Look, there are only three ways to create wealth: manufacture it, extract it, or grow it.

(“Make it, take it, or rake it”? I dunno, sometimes I like throwing in something goofy.)

Everything else is either an expense, or paper shuffling, or exchanging the value of wealth already created.

But for us to be able to afford those expenses, to pay those paper shufflers, or to buy and sell things and equities, we must first manufacture, extract, or grow wealth.

This is what came to my mind when PJ’s managing editor, Paula Bolyard, shared an email with me expressing frustration with Woke Corporate hiring policies.

Which would you rather have as an employee: your company hiring another diversity officer for the HR department (paper pushers of the worst kind), or give the actual workers a small raise?

The workers would vote for the raise, but Woke corporations get to feel good about thesmelves if they hire the diversity officer.

Not only do the workers not get a raise, but they’re going to have to become more productive — i.e. create more wealth for the same pay — so that the company can afford the bigger HR department.

According to the most recent figures I could find (2019), manufacturing (make it!), plus extraction industries like oil and gas (take it!) and farming (rake it!) combined only account for 19.1% of America’s Gross Domestic Product. 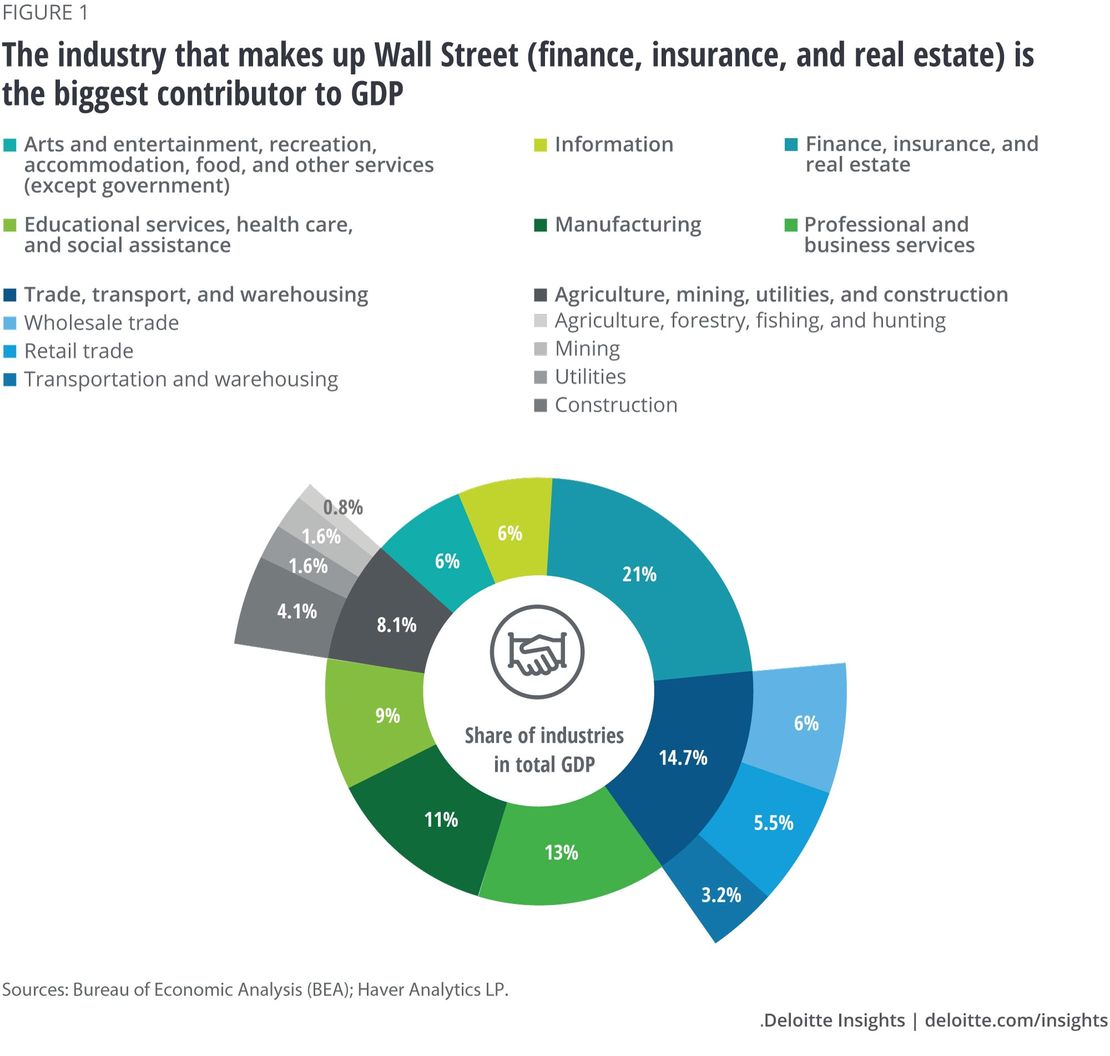 NOTE: In prior decades I would have listed the education portion of our GDP as an investment rather than as an expense. But when kids come out of school not just ignorant but taught so many things that just aren’t so, then that’s wealth pissed away.

Some of those other sectors — like information and finance — create real value.

But don’t confuse value with wealth.

A trucker increases the value of manufactured goods, of oil extracted and distilled, and of food grown, by getting those things from where they’re made to the people who need them.

But before the trucker can increase the value of that wealth, that wealth must first be made, extracted, or grown.

Information tech makes fracking financially viable, allowing for great wealth to be extracted. (At least until the Democrats get their way.)

I could sit here and write with a pencil and paper all day long, but without software and the internet services it’s connected to, my writing would be of no financial value.

That would leave me very hungry and, worse, very thirsty.

Worse are the ways we make the 19.1% work so hard for the money — typically because of regulation.

The question we need to ask is this: How much less would your computer cost, how much cheaper would it be to fill your gas tank, how much would you save during each trip to the grocery store, if:

How much richer would all of us be — whether or not we’re in one of the “Make it, take it, rake it” industries — without all that government and corporate bureaucracy getting in the way?

Don’t think about these questions too hard — I don’t want to be the cause of any tears on a sunny summer afternoon.

It’s an amazing thing that not quite one-fifth of the economy can create such bounties of wealth for the rest of us.

But as Washington prepares to destroy our purchasing power, it puts extra burdens on the 19.1%. As it prepares to unleash hordes of regulators and tax officers to eat out our substance, it creates further burdens.

Unless we turn back, at some point sooner than many of us had feared, the paper-pushers — the parasites — will consume the host.

How much more can the 19.1% take might be the most important question of our age.

Steve launched VodkaPundit on a well-planned whim in 2002, and has been with PJ Media since its launch in 2005. He served as one of the hosts of PJTV, a pioneer in internet broadcasting. He also cohosts "Right Angle" with Bill Whittle and Scott Ott at BillWhittle.com. He lives with his wife and sons in the wooded hills of Monument, Colorado, where he enjoys the occasional adult beverage.
Read more by Stephen Green
Tags: CONSERVATISM ECONOMY GOVERNMENT WASTE VIP