Insanity Wrap needs to know: When will woke corporations learn the wokeness is no good for the bottom line?

Answer: When normals stop buying their stuff, and not one minute sooner — we’re still the majority.

The Minneapolis Target store that was looted and burned during last year’s George Floyd riots now displays a mural that appears to celebrate arson. https://t.co/c4oiCDFbSR

Insanity Wrap wanted to write something about this …thing… that happened last week, but then we remembered that George Orwell already wrote it back in 1949:

He gazed up at the enormous face. Forty years it had taken him to learn what kind of smile was hidden beneath the dark moustache. O cruel, needless misunderstanding! O stubborn, self-willed exile from the loving breast! Two gin-scented tears trickled down the sides of his nose. But it was all right, everything was all right, the struggle was finished. He had won the victory over himself. He loved Big Brother.

Give in to the mob, get more mobs.

And that Target just gave in to the mob the way Winston Smith gave in to Big Brother.

At this time, shopping at Target is tantamount to subsidizing Western Civilization’s destroyers.

The Things You Are Not Allowed to Say

Smith was inspired by a recent American Economic Review study on incarceration concluding that “parental incarceration has beneficial effects on some important outcomes for children, reducing their likelihood of incarceration by 4.9 percentage points and improving their adult neighborhood quality.” The study also found that “sibling incarceration leads to similar reductions in criminal activity.”

Keeping criminals away from children can be beneficial to children — who’d a thunk it?

But judging by the outrage in the media and on social media, you can’t say such things, not even when backed by a peer-reviewed study, because it goes against the progressive narrative that cops and prisons are bad, and criminals are really just misunderstood victims.

Politics trumps science for the Left, even as they shriek “Follow the science!” from behind their masks worn outdoors.

Here’s the group of far-left protesters involved in an altercation with a counter-protester today in downtown Portland. The blonde haired man brandished a knife & said he was going to slash the other man’s throat & mutilate his genitals. #antifa pic.twitter.com/WomUxRz6uy

And here’s the mugshot (courtesy of local authorities) of the guy with the knife. 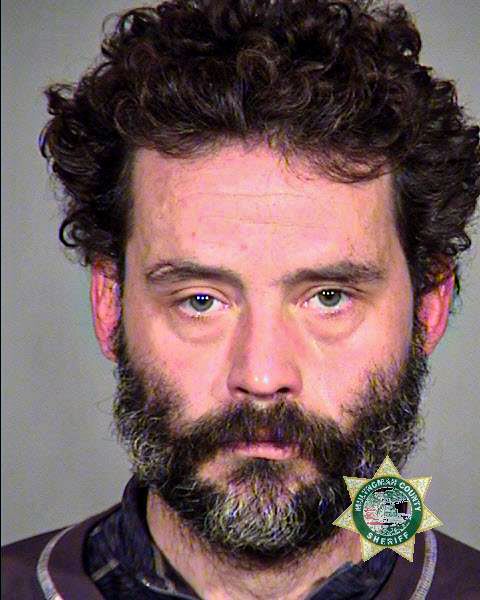 Andy Ngo reports that the man is Charles Ernest Stubbs, a “far-left activist” from Portland. He was “arrested at the #antifa Red House Autonomous Zone (RHAZ) last year.”

Insanity Wrap just wanted to remind you that these are the people claiming to know what is good and just for the rest of us — even if they have to mutilate your genitals to prove it.

Remember just a moment ago when we were mocking lefties for wearing masks outdoors, despite SCIENCE! (the real kind) and CDC guidance showing basically zero risk of catching the Wuhan virus that way?

The announcement came on the same day that the state eased its outdoor mask mandate, allowing people to not wear a mask outside in public as long as it is possible socially distance.

“Our face covering requirement has served as a protective layer that limits the possibility of spreading COVID-19 and we are reluctant to relax it at this time without further public input and review by the Advisory Council on Public Health,” said Brookline Health Commissioner Dr. Swannie Jett.

Oh, do shut up, Swannie.

ProPublica’s Alec MacGillis notes that Brookline is “the second-most educated town in the country,” measured by graduate and postgraduate degrees.

There’s a mini-Insanity Wrap we’ve been meaning to go on for a while now, and Brookline’s asininity — a compound word formed from “ass” and “ninny” — provides the perfect excuse.

It’s become clear over the last two or three decades that the benefits of education follow a bell curve (see the image at the top of this item).

On the far left of the curve is a newborn — who has learned literally nothing, knows nothing, and has received no benefit from education.

As we learn from our parents at home and our teachers at school, we progress along the curve with benefits accumulating along the way.

But something happens somewhere between sophomore year Vivisecting the Deconstructed Patriarchy 201 at Bleeding Heart College and achieving the dream of earning that Ph.D. from the University of Charging More Than a Mortgage for your dissertation on Imposing Ruthless Meaninglessness on Others.

Somewhere just on the right side of the bell curve, we devolve along the curve with detriments accumulating along the way.

By the time you’re as well educated as Dr. Swannie Jett, you’re so untethered from reality that you’re basically impervious to knowledge.

Sometimes Insanity Wrap wishes we were more impervious to knowledge because facts can truly suck.

You’ve been reading the news today, so don’t blame Insanity Wrap for saying that this is the sanest thing you’ll read all day.

Without giving away too much information of what causes the phenomenon, he adds: “Do not look at them.

“Do not look up in the sky at the light coming from the pyramids.

“Do not use any man-made lighting except candles.”

Insanity Wrap would swear on a Bible that we never look at the light coming from the sky pyramids.

So why can a story so silly be today’s moment of sanity?

Because unlike everything else Insanity Wrap has shown you today, this one isn’t true.

P.S. We love the UK Daily Star because it’s basically the Weekly World News of stuff that might have actually happened.

Leftists: It doesn't matter if you're vaccinated, you still need to socially distance, wear masks, avoid large groups, and keep up with lockdowns.

Normal people: Then what's the point of getting the vaccine?

Insanity Wrap is kind of done with Lefties who hate people for taking Lefties seriously.

We’d also like to remind people that the whole anti-vax thing began years ago in Blue enclaves where kids started getting measles in numbers not seen in decades because their progressive parents are idiots.

From 2015: The faces of antivaccine parents: Overwhelmingly affluent, white, and suburban.

I’ve been paying attention to the antivaccine movement a long time. Indeed, it’s been just under a decade since I made what was my first big splash in the blogosphere, namely my particularly “Insolent” takedown of Robert F. Kennedy, Jr.’s conspiracy-laden, pseudoscience-spewing super-concentrated antivaccine nonsense known as Deadly Immunity. So here it is, almost ten years later, and RFK, Jr. is still around, spewing the same nonsense that he did ten years ago, except that this time he’s using Holocaust analogies to describe the vaccination program.

For what it’s worth, we got our first shot of the Pfizer vaccine on Sunday, and other than a slightly sore upper arm, we’re doing just fine. 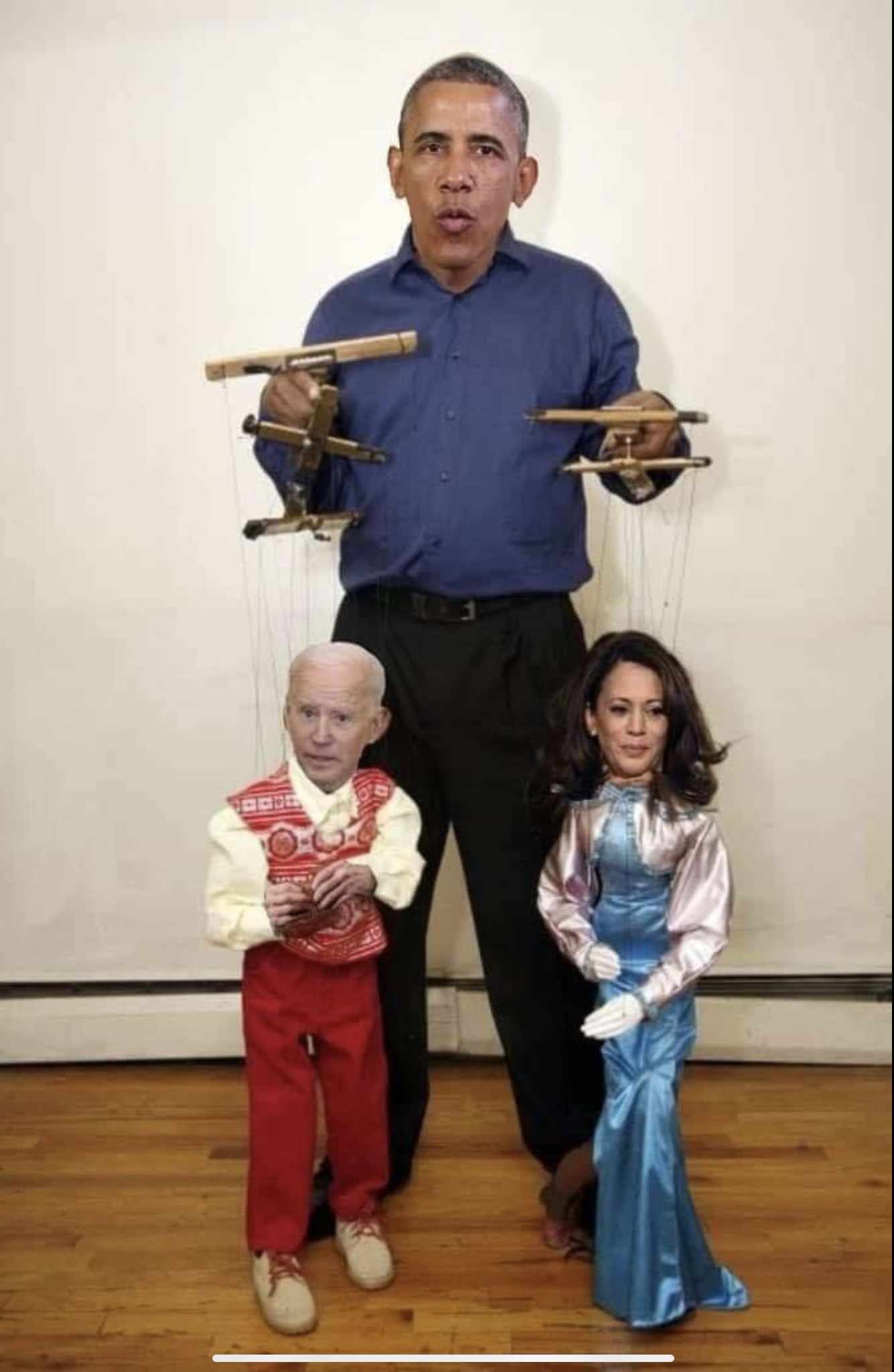 We don’t know art, but we do know what keeps us up at night.

Steve launched VodkaPundit on a well-planned whim in 2002, and has been with PJ Media since its launch in 2005. He served as one of the hosts of PJTV, a pioneer in internet broadcasting. He also cohosts "Right Angle" with Bill Whittle and Scott Ott at BillWhittle.com. He lives with his wife and sons in the wooded hills of Monument, Colorado, where he enjoys the occasional adult beverage.
Read more by Stephen Green
Tags: COVID-19 RIOTS INSANITY WRAP