Insanity Wrap needs to know: Is there anything more profitable on the college lecture circuit than preaching Marxism to leftists using their own money? 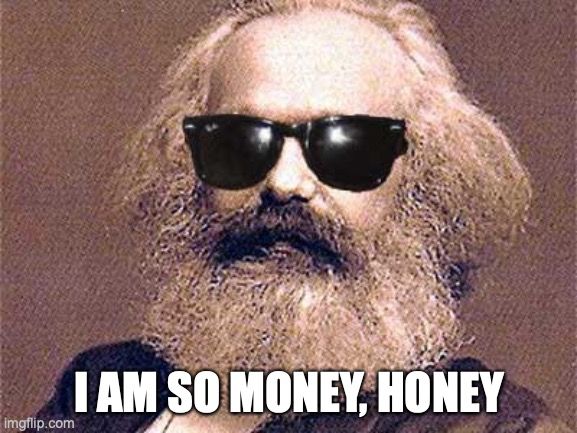 University of Arkansas pays communist speaker over $200 per minute.

Angela Davis, a self-proclaimed communist, was paid $20,000 by the University of Arkansas to speak for 90 minutes, 20-30 minutes of which she was to take questions.

Under the Freedom of Information Act, Campus Reform obtained an agreement between the university and Davis, showing that $20,000 was paid to Davis for the event on February 16.

The $20,000 for Davis came directly from student tuition through the student activities fee, according to an email from Rebecca Morrison, the public information officer at the University of Arkansas.

Insanity Wrap knows what the real problem is with capitalism.

It produces so much wealth that even Marxists can get rich.

More seriously, here we have a case in which college students have money expropriated from them in the form of “activity fees” they’re required to pay.

Those fees are then used in part to hire Angela Davis to teach them that it’s OK to expropriate whatever you can from whomever you can.

If we are indeed doomed, this is why.

Transportation Secretary Pete Buttigieg says taxing drivers by the mile “shows a lot of promise” and could be a way to fund a big infrastructure overhaul. pic.twitter.com/fkI5nWt7sr

Let’s call Pete Buttigieg’s proposal what it really is: A tax on working people who still, even in this age of lockdowns, have to actually go to work each day.

Insanity Wrap is so old we still remember when Democrats at least pretended to be the “party of the working man.”

Those days really are long gone.

They literally gave him a picture book, you guys. pic.twitter.com/So04lCJ6jy

Anyway, today’s craziest person is anyone who thinks this is somehow OK.

The beauty of being a legislator is getting to pass laws that apply to the little people but not to yourself.

It just doesn’t always work out that way:

The incident took place in Springfield days ago where Sims owns a home he uses during the state’s legislative session. According to the now-offended Sen. Sims, the suspect threatened him with a gun during an apparent road rage incident after Sims told him he’d called 9-1-1. If true, Sims is lucky the man didn’t do more than threaten him.

Sims is also quoted saying of his attacker, “By him being released on bail, he’s free to do this again.”

It’s said that a conservative is a liberal who got mugged by reality, so maybe there’s hope for Sims yet.

Previously On Insanity Wrap: Communist China Has a Friend in the Oval Office

I am Vietnamese-American and I have looked into this viral claim. It is bullsh—. https://t.co/bwGzcJCs4L

As in, Insanity Wrap got hit with these first thing this morning and our fakedar went PING! so loudly that it revealed the location of three Russian attack subs in Atlantic waters.

Anyway, “Lady” claims to be “the daughter of the Grand Dragon of the Ku Klux Klan,” and that “43 years ago my father massacred 30+ Vietnamese shrimpers in Rockport, Texas.”

Insanity Wrap was certain we’d have heard of such a massacre, especially since Mr. Grand Dragon was supposed to have “killed them with knives. 30+ Vietnamese men and boys.”

While we haven’t had a chance to look into this one, we’re reasonably certain that Lady’s next claim — that her dad “also massacred a Mexican family in California” after which her mother “mopped up the blood” at the “murder house” — also never happened.

Nevertheless, Lady is busy shopping her stories to journalists on Twitter, and to what appears to be a decent-sized following of non-critical thinkers.

You might wonder why Insanity Wrap filed Lady’s delusions under the “Brief Moment of Sanity” heading.

Simple: Reporters don’t seem to be biting, at least not very hard, and the responses and debunkings from Right-leaning Twitter have been epic — a real joy to read.

See? Sometimes sanity does win out.

If you have the time today for a few laughs, Insanity Wrap suggests clicking over and enjoying the various threads.

Mrs. Insanity Wrap — who knows us far too well — always texts us the best dog stories she finds.

Haley Moore was walking her dog, Clover, through her neighborhood in Sittsville, Ottawa, one morning last week when she passed out and began seizing, CTV News reported Friday.

“All I remember is waking up in the ambulance and being really confused; just like what is going on,” Haley told the news outlet.

A neighbor’s security footage, obtained by CTV, shows Haley collapsing on the side of the road and Clover immediately jumping into action.

In the video, the pup jumped into the middle of the road and flagged down Dryden Oatway, who was driving his van down the street. He quickly exited his vehicle to assist Haley under Clover’s watchful eye.

What a good girl.

Overall impression from the Biden press conference: it was well staged but I’m not sure they made a good choice by going open casket.

Did you watch the press conference yesterday?

Insanity Wrap helped liveblog it along with a few of your other favorite PJ Media writers, so we don’t have anything else to add.

Actually, we do need to add vodka to the shopping list because we’re just one more daytime press conference away from setting the world record for lifetime Bloody Mary consumption. 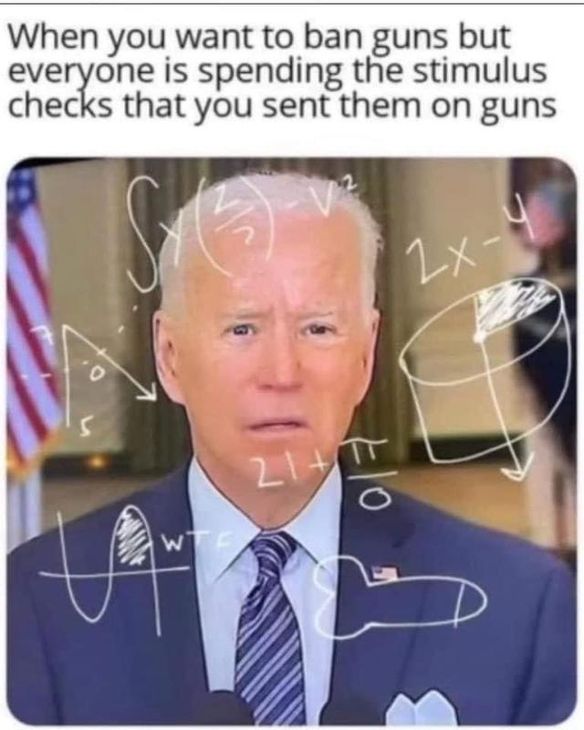 Insanity Wrap was going to buy a couple hundred rounds of ammo today, but escrow fell through and we couldn’t get the loan.

Previously On Insanity Wrap: Suppose POTUS Threw a Presser and Nobody Cared?

Steve launched VodkaPundit on a well-planned whim in 2002, and has been with PJ Media since its launch in 2005. He served as one of the hosts of PJTV, a pioneer in internet broadcasting. He also cohosts "Right Angle" with Bill Whittle and Scott Ott at BillWhittle.com. He lives with his wife and sons in the wooded hills of Monument, Colorado, where he enjoys the occasional adult beverage.
Read more by Stephen Green
Tags: COMMUNISM JOE BIDEN INSANITY WRAP