Insanity Wrap #172: Communist China Has a Friend in the Oval Office

Insanity Wrap needs to know: Suppose they threw a second Cold War but only one side came?

Answer: You don’t have to suppose a thing.

Suppose they threw a second Cold War but only one side came?

That’s how Insanity Wrap has felt for these last couple of months:

The site appears to have been scrubbed on January 21st, 2021 – the first full day of the Biden regime.

Communist China is explicit in its desire to overturn the postwar international order.

That order was largely shaped by and for the benefit of the United States.

Imperfect as it is, it’s better than anything the CCP would replace it with.

Maintaining that order against Communist aggression requires a full-spectrum effort, including military readiness, concerted diplomatic and economic actions, and constant reminders of the evil nature of the CCP.

President Porchlight removed one of those reminders almost before Trump’s Resolute desk chair got cold.

“Ready to Be Xi’s Bitch on Day One” isn’t much of a slogan, but Insanity Wrap supposes it’s the one Biden has.

Insanity Wrap wishes we could keep track of the Progressive Victimhood Pecking Order, but it changes too quickly and too randomly for anyone to say anything about with authority aside from “It fits the needs of the Party at the moment.”

If you want some hardcore honesty, Jews haven’t even been near the official list since Israel won the Six-Day War in 1967. That’s when Jews stopped being victims — giving the Left no further place for them on the Victimhood Pecking Order.

Setting various groups against one another and then placating them based on arbitrary and ever-changing victimhood status is known as “Unity.”

Biden is botching his first crisis

This is from Scott Jennings, a CNN contributor and a GOP campaign adviser.

Insanity Wrap isn’t sure if he’s being naive by accident or design:

Make no mistake — this is a crisis, and one of Biden’s making. Some media organizations have managed to interview some of the migrants. Over and over, the reporters were told the same thing — these migrants were coming to America because Biden told them they could. Biden issued a 100-day moratorium on most deportations, which a federal judge blocked, and ended the Trump administration’s “Remain in Mexico” rule. He has also halted the construction of Trump’s wall, though some scholars question the legality of pausing mid-build.

If there was one bright line dividing the Democratic and Republican parties in last year’s election — and in the actions of the last two chief executives — it was immigration. Biden ran against Trump’s so-called “racist” policies and pledged to reverse his immigration restrictions and border security measures. The message was sent loud and clear: with Trump gone, the border is open.

So how is Presidentish Biden “botching” the response?

The border was similarly chaotic and crime-infested during the Obama administration until Trump fixed it.

Biden went right back to Obama’s failed policies, exactly as he promised to do.

He hasn’t botched anything. This is exactly what he and his administration wanted, and that’s why they aren’t reversing any of their Obama-inspired policies.

This is a crisis by design, not by mistake.

It isn’t so much that Trump is living rent-free inside the heads of the media and anti-Trump Republicans.

It’s more that without Trump, they might not be able to keep making the rent.

I'm hearing it repeated as gospel truth that "nearly all" American mass shooters are white. Here are the photos of mass shooters from 2019 (defined as four or more shot in a single incident). It shows quite a diverse set of faces. #Boulder #Atlanta pic.twitter.com/z4eGq8mCiW

Diversity is our strength!

Bad people come in all colors.

So do good people.

And as Insanity Wrap has more and more opportunities to get back out into the world, we get more and more reminders that the good ones far outnumber the bad ones.

When the 24/7 News Barrage Leaves You Deeply Sad, How Do You Handle the Heartache?

But if you’re looking for a vaccination against despair, you could do worse than spending 15 minutes or so with Bill Whittle, Scott Ott, and Yours Truly (without our Insanity Wrap guise) on today’s episode of Right Angle.

Proposed CO law would set stage for "public option" health plan: "Doctors… would be required to accept patients on the plan, and state officials would determine how much doctors and hospitals would be reimbursed for services performed under the plan."https://t.co/PEhi5NQkfm

Apparently, the fools who run our state government in Denver don’t realize that doctors are free to move to other states where they’re free to practice medicine more freely.

It must be that word “free” the fools aren’t familiar with. 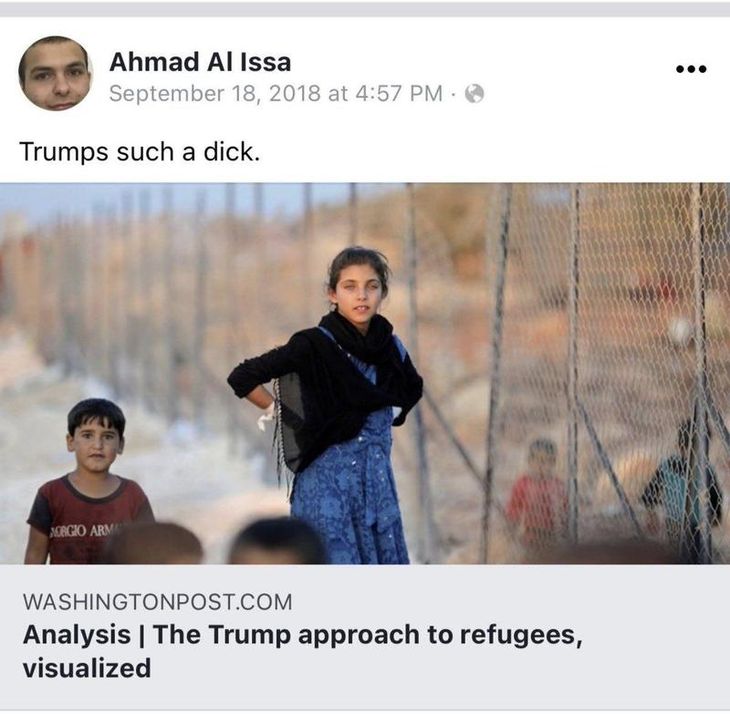 Trump Derangement Syndrome can lead to all kinds of nasty side effects.

Previously On Insanity Wrap: One of Our Presidents Is Missing!

Previously On Insanity Wrap: The Trouble With Harry

Steve launched VodkaPundit on a well-planned whim in 2002, and has been with PJ Media since its launch in 2005. He served as one of the hosts of PJTV, a pioneer in internet broadcasting. He also cohosts "Right Angle" with Bill Whittle and Scott Ott at BillWhittle.com. He lives with his wife and sons in the wooded hills of Monument, Colorado, where he enjoys the occasional adult beverage.
Read more by Stephen Green
Tags: BORDER SECURITY CHINA INSANITY WRAP