Florida Man has quickly become everything so much of the rest of the country wishes it still was after this last year: Fun and at-large.

Before we get to the good stuff, a quick apology for missing last week’s Florida Man Friday. I worked through the morning with a vicious little head cold, but by the time I was done with Insanity Wrap and had collected all my FMF headlines, there was no more denying that I needed a dose-and-a-half of DayQuil.

The DayQuil did its usual job, too. I was able to:

Seriously, that stuff messes with me. There was a whole lot of nothing going on for the next 72 hours.

But not for Florida Man, as you’ll see on this week’s thrilling edition of…

I can’t claim to be a metal fan. Call me old-fashioned, but I still enjoy a pretty melody — something I can whistle.

That said, what Florida Man has done here is truly impressive.

Prince Midnight made his “Skelecaster” using both the remains of a leftover Fender Telecaster and the bones of his dearly departed Uncle Filip, the man who introduced him to the rock genre back in the 1990s.

Filip died in a motorcycle accident in Greece in 1996 at the age of 28, and his skeleton was donated to a local college.

“After 20 years, he ended up in a cemetery my family had to pay rent on. Like, literally in a wooden box,” Midnight told HuffPost. “It’s a big problem in Greece because the Orthodox religion doesn’t want people cremated.”

So, with the help of a local funeral home, Prince Midnight had Uncle Filip’s bones sent from Greece.

The bones were in pieces, and after a few weeks of showing them to his friends, Prince Midnight decided that since Uncle Filip was a metal head “we’d turn him into a guitar.”

Necessity Is the Mother of Fine Dining

One North Central Florida woman created her own homemade pasta business after losing her job due to COVID-19. https://t.co/jqWfj9pysr

I love this story:

When Elena Alfano lost her event planning job in New York City last March she had no idea where to move or how to start over, but she knew she still wanted to bring people together even during a pandemic.

“Everything’s okay we’re gonna make pasta and have a lot of fun and tomorrow’s a new day,” said Alfano.

That’s when she moved to Gainesville, put on her apron, and her business Pasta by Pollio was born. Now she visits people’s homes and hosts private homemade pasta-making classes and events.

I try not to delve into politics on Florida Man Friday because the whole point is a few minutes of silly distraction from all that.

But I must say this.

On today’s Insanity Wrap, I reported to you how Florida is enjoying boom times — yes, even now — while New York remains mired in recession and the nation’s fifth-highest unemployment rate.

People are fleeing New York, in no small part to Florida, because they can’t find work or enjoy life there.

Elena Alfano was one of those people. Now she’s Florida Woman, and she’s enjoying the kind of entrepreneurial success that’s all but illegal in New York.

As a former Wrangler owner (and probably a future Gladiator owner), I can’t tell you how impressed I am by what Florida Man has achieved here.

Florida Man took a Gladiator off-road pickup (which is derived from the Wrangler off-roader), converted it from a 4×4 to a 6×6, and swapped out the standard 3.6-liter V-6 for a Chevy LS3 engine that usually powers a Corvette.

The only problem of course is that Florida Man should never buy the Gladiator redesigned by Florida Man. It would be a shame if the biggest obstacle this beast ever had to climb was a speedbump.

If Florida has any hills bigger than a speedbump, I’ve never seen them. To our Colorado eyes, the whole state looks like it’s never one good high tide away from going under.

There’s No Vaccine for Stupid

That’s not how this works.

Police responded to a home on 11 Street SW in Naples around 10:30 p.m. after someone called 911 from the area and hung up the phone.

Officers connected with a woman who said she was drinking alcohol with her sister, Joanna, before falling asleep on the couch leaving Joanna to drink more alone and take drugs, WBBH reported.

The woman said Joanna ‘went crazy’ and attacked her with an EpiPen stabbing her multiple times before calling 911.

Police asked Joanna why she called police and she responded saying “I’m allergic to drunks, so I injected her with the EpiPen so she wouldn’t be drunk anymore; what’s the big deal?”

Besides, if stabbing people fixed our own problems like Florida Woman tried to do, I’d need a lot more knives.

That’s Pretty Much the Definition of Lonely

That whole “Save Money, Live Better” thing is more exciting than I thought.

Previously On Florida Man Friday: The Inspiring Drag Queen Who Saved the Neighborhood

There Are Cameras Everywhere

Almost 20 years ago, back when VodkaPundit.com was its own thing, I wrote a column explaining that privacy was dead.

Keep in mind, this was before every cellphone came equipped with a high-quality camera, and before Facebook or Twitter had even been invented.

These days, you’re lucky if you leave the house with your fly unzipped and it doesn’t end up all over TikTok.

So what Florida Woman is up to here, there’s no way it wasn’t making it to YouTube.

What I’m afraid to ask is if some Florida condo associations charge extra for that.

Joyriding. In an excavator.

Never change, Florida Man — the nation needs you so much, just the way you are.

Dr. Raul Pino, the director of the Florida Department of Health in Orange County, told reporters that the women were caught dressing up as “grannies” — “the bonnets, the gloves, the glasses, the whole thing” — at the vaccination site on Wednesday. He said he was not sure how they had managed to get their first doses but noted the community’s high demand for vaccines.

The two ways to get immunity are to either get the vaccine or get the bug.

While I’d rather get the vaccine, being young(ish), thin, and well-nourished, I’m in no rush to cut to the front of the line.

Everyone else, please act accordingly.

Vermont Man suing police over the right to flip off cops

Gregory Bombard claims police busted him and towed his car during a 2018 traffic stop only because the trooper claimed he gave him the middle finger and called him an a-hole, the St. Albans Messenger said in a report.

“Vermonters who want to protest the actions of police through words or gestures have a constitutionally protected right to do so,” Bombard’s lawyer, ACLU attorney James Diaz, said in a press release, the Messenger said.

It might not be advisable to flip off the police, but it’s sure as hell very much within our rights.

Sometimes when someone tells me to drive safe, I’ll reply with, “Actually, I was going to drive really fast and swerve a lot, but leave my headlights off so the cops can’t see me.”

It’s only funny when you say it, Oregon Man. 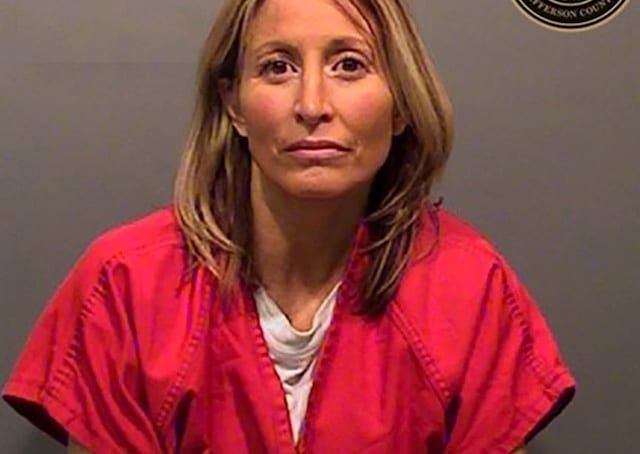 A Colorado animal rights attorney allegedly attempted to hire a hitman to kill her estranged husband’s girlfriend — a woman who had been their children’s au pair.

Jennifer Emmi, 43, of Evergreen was arrested in late January on charges that include solicitation of murder, stalking and retaliating against a witness or victim, the Denver Post reported.

Emmi — who founded a nonprofit ranch called the Animal Law Center — had been locked in a divorce battle with her estranged husband when she allegedly tried to have his new lover taken out.

And then he called the cops.

In Colorado Woman’s defense, and given the state of higher education in this country, maybe she didn’t realize that was illegal.