Insanity Wrap needs to know: Is it really not a lie if you believe it?

Answer: Sorry, no — but nobody tell that to Don Lemon or Chris Cuomo; they’d never believe it.

Feelings, nothing more than… feelings:

Cuomo said, “They’re going after one of the Democrats because the Democrats are going after one of theirs. Mr. Noise Pollution over there at state TV and the others they want to frame the Democrats for January 6th. They’ve been leaking it out all these different ways that there’s an untold story, that this was a setup. It’s all BS, and it’s their toxicity. You heard Katie Porter say AOC was freaked out. Let me tell you, I lived a situation like that, and it doesn’t have to be real, the threat, for you to believe it’s imminent and real.”

Insanity Wrap has a couple of questions, but — lucky you, gentle reader! — we also have a couple of answers.

What’s it called when you continue to believe something happened long after it’s been made known to you that it didn’t happen?

What’s it called when you whip up a mob to do your political bidding based upon nothing but your insane beliefs?

Watching what AOC is allowed by the press to get away with, and given her near sociopathic willingness to do or say literally anything to obtain power, and her unapologetic shamelessness even when she’s caught out, it is Insanity Wrap’s considered opinion that she is the most dangerous young politician on the national scene.

If Alexandria Ocasio-Cortez is crazy, she’s crazy like a fox holding a bundle of sticks.

Carjackings are up by 283% in Chicago. The vast majority of them are done by teenagers. Meanwhile, the Chicago Teachers Union is still refusing to go back to the classroom. https://t.co/mQZ50l1zKP

Today’s craziest person in the world is the one who didn’t see this coming.

For what it’s worth, that means there is no craziest person in the world today, because even the Democrats hopping on board the #DefundThePolice crazy wagon could see it coming.

They just don’t give a damn.

You don’t need Insanity Wrap to tell you that Democrats would rather see you carjacked than risk losing one iota of power.

Walensky said at a Wednesday CDC meeting that vaccinating teachers “is not a prerequisite” for returning to in-person instruction, citing a growing volume of scientific data. In response to a question about Walensky’s statements, White House Press Secretary Jen Psaki said the doctor did not make her statement on behalf of the CDC.

“Dr. Walensky spoke to this in her personal capacity,” Psaki said at the press conference. “Obviously she’s the head of the CDC, but we’re going to wait for final guidance to come out.”

Psaki is, if you’ll allow Insanity Wrap to be blunt about it, a lying cretin who would rather please the All-Powerful and Non-Educating Teachers Unions than get your kids back in school — where they and the teachers would be in no more danger than they are at home.

Also, Walensky was speaking in her official capacity as head of the CDC.

The Biden administration always follows the science — provided it leads where they already wanted to go.

“If people are rioting, that must mean their voices are not being heard.”

BLM-Antifa are protesting again in downtown Portland today for Patrick Kimmons, a man who was killed by police after shooting 2 people. Protesters have shut down the roads. #antifa pic.twitter.com/mAvG3vrb1m

If there’s any prize stupider than getting a riot thrown in your honor after getting yourself justifiably shot by police, then we’d really rather not know what it is.

Donald Trump will probably be allowed to live in the building he owns.

If this is what passes for sanity in the Second Year of Our Troubles, then Insanity Wrap will just have to learn to appreciate it.

Whatever fresh corruption Blue State Democrats get up to, Insanity Wrap has grown almost to the point of not caring.

But then there’s this:

Sen. Thomas O’Mara, the top Republican serving on the Senate Committee on Investigations and Government Operations, made the motion on Monday during a virtual meeting. The Republican lawmaker said he wanted to “make sure we get to the bottom” of the irregularities in reporting the data on coronavirus-related fatalities in nursing homes.

Allow Insanity Wrap to take a brief moment to remind you of what happened last year, in the early days of the pandemic.

Against all sense, Gov. Andrew “Granny Killer” Cuomo ordered nursing homes to take in COVID-19 patients. In other words, he insisted by executive fiat that the infected be placed side-by-side with the most vulnerable.

When nursing homes pleaded with Cuomo that he reconsider, Cuomo doubled down.

The result was a Cuomo-ordered massacre, the true scale of which New York is still trying to understand.

Well, except for New York Democrats.

They’d rather sweep all those corpses under the rug.

Insanity Wrap doesn’t believe there are enough rugs in all of Persia to hide all of Cuomo’s dead bodies. 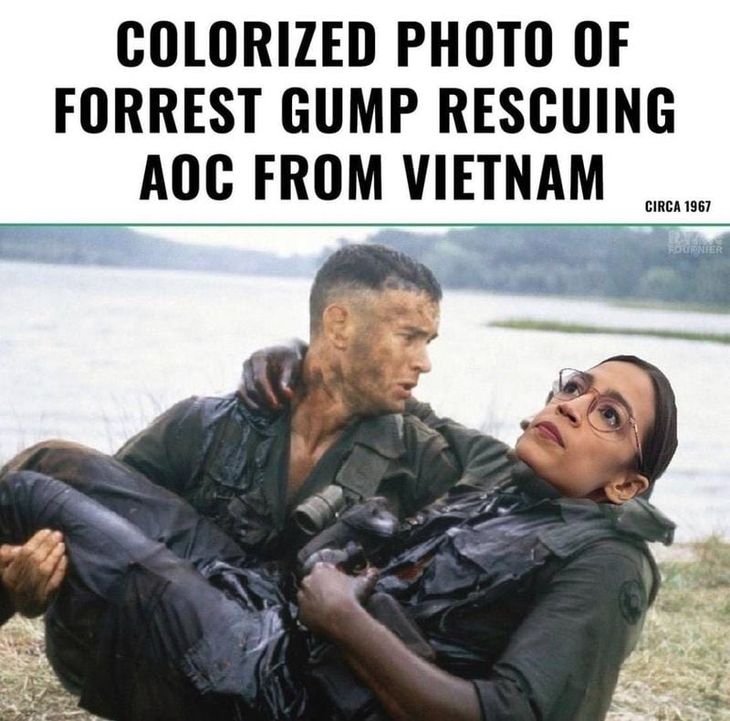 Remember, it’s not a lie if you believe it.