Florida Man Friday falls on my wife’s birthday this year, and I still have lots of prep work and a little shopping left to do — I’m afraid I don’t have time for any fancy introductions.

So join me right away on another thrilling episode of…

Another Florida Man story that has it all: Wasted youth, drugs, assault, and the Magic Kingdom.

Fortunately, no one was seriously hurt:

As reported by the Orlando Sentinel, the arrest report describes Arvid as sneaking up on the uniformed security guard from behind, tacking him and putting him in a headlock. Park visitors then intervened and subdued Arvid until authorities arrived.

Arvid was restrained on a stretcher and taken to a nearby Celebration hospital for evaluation. “I took LSD and tried to kill someone,” he told a nurse who was attending to him.

Arvid has been charged with the felony of battery on a security guard, and banned from all Disney property.

Florida Man, what were you thinking?

I have it on good authority (I won’t say whose) that it’s a very, very bad idea to take shrooms about an hour before watching David Lynch’s disturbing 1977 feature-film debut, Eraserhead.

It’s a movie that, once seen, you’ll want to hide the disc on the back shelf of your messiest closet.

Better yet, before seen.

Even a connoisseur of indy and cult flicks like Yours Truly had a difficult time getting through that one while completely sober.

But LSD at Disney World, with all the high-speed rides, giant cartoon animals, and ever-present small children wearing mouse hats?

At first the headline made me think there was something deeply strange going on here. Florida-level strange. Maybe even Colorado-level strange.

“When the pandemic first started, I was reading about nurses and doctors with raw and sometimes bleeding ears and red faces from wearing masks for so long or doubling up on them and causing them so much pain,” says Katie. “Like so many others, I felt helpless. I knew there had to be something I could do.”

With help from her product-testing neighbor, who is a nurse, Katie began working on an ear-saving prototype. The first one was made from ripped-up bed sheets sewn together with buttons. “When I gave it to my neighbor, she said it worked! I knew I was on to something.”

Does anyone have any idea as to what might have happened here?

Because my “swallowed Captain America’s shield whole” theory doesn’t seem to add up.

Again, fortunately, no one was hurt.

I’m just not sure how:

Police say while responding to the calls, 38-year-old Kanitha Jones, of Florida, crashed into Longhorn Steakhouse, causing significant damage to the building.

She then drove away and abandoned the truck near 54th Ave SW and 16th St SW. After an investigation, police say they determined the truck was stolen out of Mountrail County earlier the same morning.

How Florida Woman ended up trying to park her stolen truck inside a North Dakota restaurant is a mystery best left unsolved.

You can take the woman out of Florida…

Florida Man Is Cooler Than I’ll Ever Be

I used to joke that the only way to make my old Jeep Wrangler more Colorado was if I put tank tracks on it — only to find out that that’s a real thing.

But this is next-level awesome in a way only Florida Man would ever do:

Monster trucks are known for doing insane things but this one has taken it to the next level by driving in the ocean.

That’s right, this guy has not just fitted eight monsterous tyres to his pickup truck, but has also decided to drive it into the sea and mash the throttle across a bay.

As you can see by this video, the truck actually manages it rather well and with the help of the occasional boat and rope, it makes its voyage with ease.

Previously On Florida Man Friday: The Radical Priest Came to Get Me Released, Plus When Emus Attack

She Didn’t Even Know What ‘Caveat Emptor’ Means

These stories aren’t quite as good as the ones where criminals steal cop cars, but they’re close:

Roberta Guedes, 41, was sentenced Wednesday in Tampa federal court, according to court records. She pleaded guilty last year to mail fraud and aggravated identity theft. She was also ordered to pay $14,318 in restitution to her victims.

According to court documents, Guedes graduated from Stetson University College of Law in 2014 but twice failed the Florida Bar exam. Despite never being licensed to practice law, Guedes incorporated two fake law firms and set up offices in downtown Tampa. She took on multiple client-victims, representing them in immigration proceedings and family law matters.

On some occasions, Guedes impersonated a law school classmate who wasn’t involved Guedes’s sham law firms, officials said. After the Florida Bar began investigating Guedes, she falsified and filed documents to undermine and discredit that investigation.

In all fairness to Florida Woman, after failing the bar twice there’s a chance she didn’t know these things were illegal.

When i saw the news that there was a huge alligator in florida, i thought it was just an edit. But after i saw this video, i was like "damn this is a fReaKing DinOsaUr man" pic.twitter.com/Sq7NtpsMp7

I’ll again complain about the bears getting into my trashcans, I swear.

Florida Woman Needs a Little More Than Just a Hand

No fooling, this one is kind of a big deal:

Jason Richter was diagnosed with polycystic kidney disease four years ago. Now, he’s in end-stage renal failure and his wife is on a mission to find him a new kidney.

Jason said the disease runs in his family.

He is currently on a transplant list through the Mayo Clinic, but finding the perfect match is a challenge. He needs a Type O kidney.

His wife Suzanne says it will take eight years for Jason to receive a cadaver kidney, so she’s determined to find a match on her own.

Type O is pretty rare, as I’m sure you know.

I’m also a bit of a stickler about getting people to give blood, donate their organs after death, etc — I lost my dad 35 years ago while he waited for a heart transplant donation that never came.

So without boring you with any more sob stories, here’s the Mayo Clinic form if you’re at all interested.

Nothing Can Stop Florida Man!

Robert from Florida says he’s out here in DC to “stop the steal” pic.twitter.com/BVV7kRXqEZ

You know what I missed the most during this summer’s “virtual” Democrat and Republican party conventions?

I don’t mean the screaming/sneering/vandalizing protestors. I mean the real party activists wearing the giant Uncle Sam hats and the red and white-striped vests festooned with campaign buttons.

Those people are just so joyfully, unapologetically American in their enthusiasm that you just can’t help but love them — no matter which candidate or party they’re there to cheer for.

Florida Man is one of them, and not even a pandemic, a canceled convention, or a stolen election will stop him.

Thank you, Florida Man, for reminding me of one of the best parts of American politics, at a time when I needed it most.

And now, for the rest of the country…

Louisiana Man allegedly doused his mother in gasoline, tried to set her on fire

I’m only being glib about this because no one was hurt, but if you can’t manage to set someone on fire after dousing them with gasoline, maybe you just aren’t cut out for a life of crime.

In this photo provided by the Corvallis Police Department, emergency personnel pick up batteries at the scene where a man crashed a Tesla while going about 100 mph, destroying the vehicle, a power pole and starting a fire when some of the hundreds of batteries from the vehicle broke windows and landed in residences in Corvallis, Ore., on Tuesday, Nov. 17, 2020.

In case you didn’t know, EV batteries are basically big boxes filled with smaller batteries about the size of a regular AA.

Imagine hundreds of those things flying around at a hundred miles an hour.

Meanwhile, in the entire rest of our crazy nation… 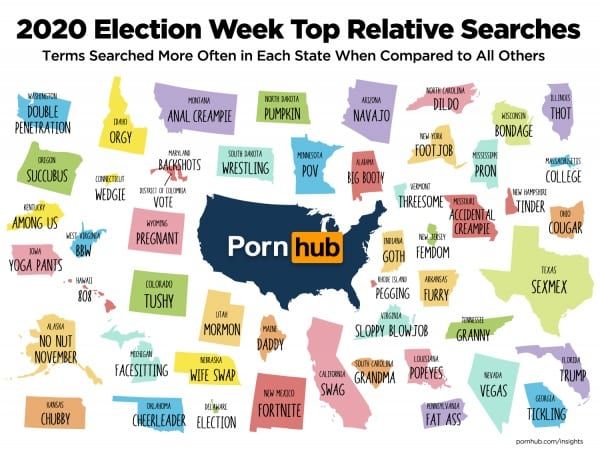 I’m looking more askance than usual at my neighbors in New Mexico.

Welcome, one and all, to a strange, new world I like to call “TMI Nation.”