Insanity Wrap needs to know: When you use a smear to prove something that turns out to be a lie, is the smear true?

Answer: It is when you’re Atlantic smear artist Jeffrey Goldberg.

Insanity Wrap’s mission is to bring you the craziest news each and every weekday morning, but this one goes past crazy and deep into… something the English language doesn’t even have a word for.

The claim is that Seattle PD is “lying” when they report that rioters showed up armed, and the reaction to that “lie” is to reload?

That’s just Seattle. Down in Portland, local authorities are still indulging in a semi-official catch-and-release program. 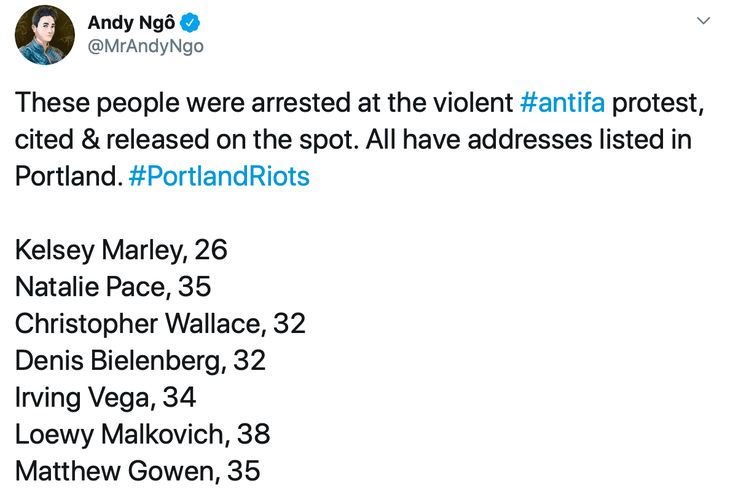 Catch and release allows a very small number of rioters to cause the exact same scene, night and after night, with zero fear of repercussion.

If Portland were arresting, charging, and prosecuting these criminals, the riots would have ended already.

Not days ago, not weeks ago, but months ago. 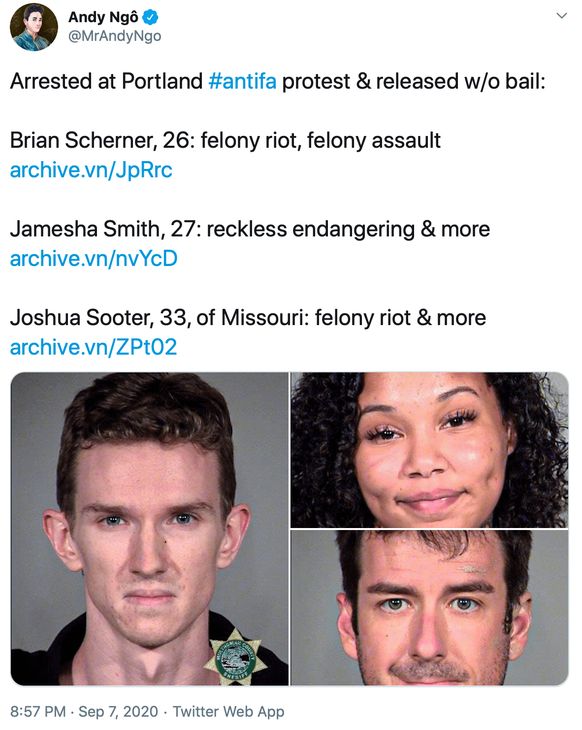 The violence continues because Portland authorities have chosen to allow it to continue.

Portland voters ought to take note of this, but Insanity Wrap is pretty sure they already have — and have decided that their local authorities aren’t lenient enough with the rioters.

Insanity Wrap tells you with complete confidence that Portlanders will continue getting what they continue voting for, good and hard.

On Sunday, Atlantic Editor in Chief Jeffrey Goldberg admitted the White House’s account that President Trump’s trip to a cemetery of fallen World War I soldiers in France in 2018 was modified due to bad weather is probably accurate.

“When President Donald Trump canceled a visit to the Aisne-Marne American Cemetery near Paris in 2018, he blamed the rain for the last-minute decision, saying ‘the helicopter couldn’t fly’ and that the Secret Service wouldn’t drive him there. Neither claim was true. Trump rejected the idea of the visit because he feared his hair would become disheveled in the rain, and because he did not believe it important to honor American war dead,” Goldberg wrote, citing only anonymous sources.

Despite conceding that the cancellation due to weather might be true, Goldberg stood by his story about President Trump’s trip to the cemetery.

Insanity Wrap would remind you, gentle reader, that the original story was that Trump canceled a trip to honor American war dead because he hates them, as evidenced by the awful things Goldberg’s anonymous sources pinky-swore that Trump said about our war dead.

The new story is that the trip probably was canceled due to bad weather (as indicated by official records), but that Trump said the awful things anyway.

So Goldberg backed down far enough to admit that he could have been lied to about the reason Trump’s trip was canceled, yet maintains that Trump said the things that turned out to probably not be the reason for canceling his trip.

Insanity Wrap is having a very hard time wrapping our head around that one.

Previously On Insanity Wrap: Death Comes to Portland (Redux), Plus the Last Word on Nancy’s Hair

More details here: In 2007, Trump showed CNN his heart on vets: ‘Most beautiful people I’ve ever seen’ – opened Mar-A-Lago for them.

Plus a flashback to 2004 when John Kerry said, “You know, education, if you make the most of it, you study hard, you do your homework and you make an effort to be smart, you can do well. If you don’t, you get stuck in Iraq.”

Along those same lines, Insanity Wrap hopes you get a kick out of this next item.

The Left Loves the Workingman (And Other Lies)

“I’m not Trump, I’m Black.” Trump supporters confront the Black Lives Matter protesters from the back of this pickup truck as the rally proceeds onto the highway #Trump2020 #Trump pic.twitter.com/PRneADK0an

Listen for the BLM protester shouting, “I’m a college student, I have an education!” at people in Oregon City’s pro-Trump caravan.

The Courage of Their Convictions

The city council at the epicenter of the national unrest over policing and the death of George Floyd once promised to lead other cities to a police-free Utopia. Three months later, without any plans to accomplish it and with residents and investors balking at the prospect, the Minneapolis City Council’s abolition movement has “lost momentum,” the Star Tribune reports.

It didn’t “lose momentum.” Getting rid of the police was bad policy promised by a city council with zero clue how to carry it out — at least not without destroying what was left of Minneapolis.

As Ed slyly noted: “Even if some think abolishing the police is a good idea, Bender and her cohort are clearly incompetent at it.”

While Israel Continues to Make Peace Around the Middle East…

Palestinian from Beit Imrin was arrested for attempting to smuggle weapons and ammunition into Israel using his 9 y/o daughter, hiding it in her schoolbag. His wife and 22 y/o daughter were also arrested. pic.twitter.com/Cy7KreCkDg

The PA rejected yet another peace deal, the same one being embraced by Muslim nations like the UAE and even Kosovo.

Judge Them By the Company They Keep

The father has a history of anti-Semitic social media posts & the son had a warrant out for a violent sexual assault and violating a restraining order which led to the 911 emergency call in the first place. https://t.co/xGJrMrjHlu

When John McAfee Is the Voice of Sanity

Herd immunity is math, not medicine.

By doing nothing at the beginning, letting the virus free, the deaths front load and diminish quickly to next to nothing.

By isolating the population, the deaths drag out and are, in the end, more.

Jon McAfee — of antivirus software fame and wealth — is one entertainingly crazy SOB. IF you haven’t been following his exploits on Twitter in recent years, Insanity Wrap can’t recommend highly enough that you begin making up for lost time at once.

But these days McAfee is one of the rare voices of sanity on the Wuhan flu shutdowns, and as he isn’t afraid to remind you, he’s done the math.

It’s time to do the three simple things we’ve been urging for months now:

Anything else is crazy, and both Jon McAfee and Insanity Wrap would know.

This isn’t a Photoshop: It’s Colorado’s actual forecast for today and tomorrow.

Continuing wildfires plus some freezing conditions and up to 12 inches of snow along the Front Range and southern portions of the state.

Previously On Insanity Wrap: Did Sneaky Jake Tapper Try to Rig an Election?