Cancel Culture is about to claim another scalp: George Orwell.

And that’s just the first news item in today’s edition of Insanity Wrap.

I hope you’re sitting down, because in addition to Orwell, we also have biological sex as white oppression and our future as human-dolphin hybrids.

If you thought yesterday’s Insanity Wrap was crazy, you haven’t had to wrap your brain around nothin’ yet.

Let us go now to Twitter, where “journalist, writer, filmmaker, and musician” Ben Norton apparently felt the iron was finally hot enough to re-pimp his 2016 cancel culture essay ridiculing 1984 and Animal Farm author George Orwell for being (among other alleged sins) insufficiently pro-Soviet.

I kid thee not.

In addition to being a gov snitch, fraud George Orwell spent WWII demonizing the USSR as it defeated Nazism

As the Red Army sacrificed millions fighting Hitler, and as the Nazi regime shoved Jews into gas chambers, Orwell was writing Animal Farm

Red Army soldiers were suddenly going to give up fighting the Great Patriotic War against Nazi Germany because of a book they had never heard of, and would likely get sent to a labor camp (at best) for possessing?

That’s a take, I suppose. You’d have to be on the extreme end of Cancel Culture wokeness to come up with that take, but I suppose what was radical for 2016 is de rigueur for 2020.

Let’s never mind the fact that maybe the Soviets there might not have been a World War II had Stalin not signed a non-aggression pact with Nazi Germany, including a secret codicil partitioning smaller Poland between the two totalitarian giants. And let’s never mind that maybe the Soviet Army wouldn’t have been in such dire shape at the beginning of the war, had Stalin not arrested, tortured, and even murdered most of his own generals. And let’s never mind Britain, who stayed in the war alone against Hitler before he invaded the USSR, or the United States, whose industrial might and generosity kept the Red Army in the fight when all seemed lost. Finally, on the mass murder scale, let’s not forget that Hitler only ranked third behind Stalin and Mao.

Related: “These idiots would cancel George Orwell if he was alive today I swear.”

I say “let’s never mind” to all those things, because apparently that’s what Norton needs us to do to make his Cancel Culture argument against Orwell. The closest he comes to recognizing Stalin’s many crimes against humanity is “Sure, the USSR did some objectionable things.”

That’s awfully big of Norton to admit, and not at all insane. 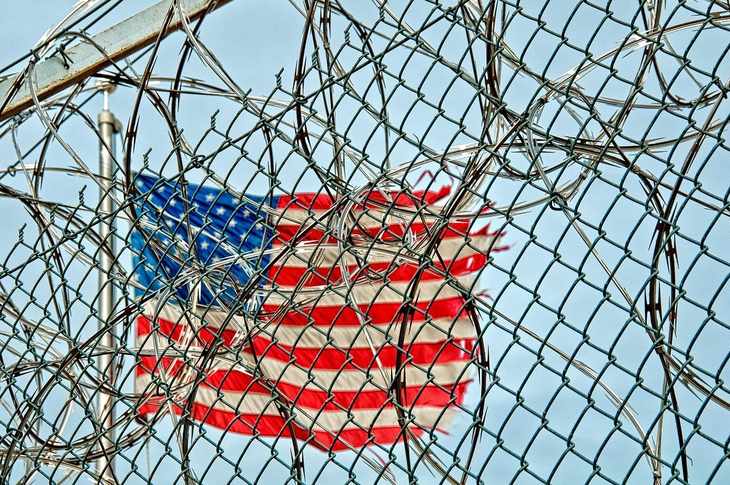 (Image by Barbara Rosner from Pixabay.)

Let’s hope this adds a little sanity to Norton’s life.

Moving right along to a case where I’m afraid sanity has more than left the building. It has turned on the burglar alarm, triple-deadbolted the front and back doors, taken an Uber to the airport, and flown to a faraway island, never to return.

I want you to say it with me: Biology is oppressive.

Which I suppose is another way of saying that reality is oppressive.

Cancel Culture Almost Canceled Itself on Tuesday Then Canceled That Idea

I can hardly wait to cover the following haven’t-quite-yet-happened news items in future Insanity Wraps:

• Gravity keeping you down? You’re oppressed.

• Oxygen: You only think you need it.

So here’s what Amrou Al-Kadhi recently wrote for the UK’s Independent:

As the inequity of capitalism and its inextricable link to white privilege are brought into focus, JK Rowling instead devoted her enormous Twitter platform to discussing the use of gender-neutral terms last Saturday night.

Of all the things you need to concern yourself with, the transphobic nature of capitalism, white people, and rich women is approximately none of them.

While the story was originally headlined, “What the white supremacist roots of biological sex reveal about transphobic feminism,” the editors later changed it to “How Britain’s colonial past can be traced through to the transphobic feminism of today.”

Is that less insane or more insane? YOU make the call!

Their dolphin-human baby is the future of intelligent life on earth. (And it's the only way we'll let dolphins, in some form, survive.) pic.twitter.com/ia0GUxPwfe

I don’t know if the Green Party of Delaware has lost its collective mind or is just putting us on, but either way, this was just too crazy not to share.

You can thank me later.

Much, much later, I suspect.