Florida Man Friday: Teach Me How to Fly Your Plane I'm About to Steal

How do you kick off Florida Man Friday on the same day it was revealed that a record-shattering 9,000 COVID-19 cases were just recorded in the Sunshine State?

First, take a deep breath with or without your mask on.

Second, remember that COVID-19 deaths have been declining since April even as we’re learning that we might have undercounted the real number of cases by a factor of ten. And that means COVID is much less deadly than feared.

Third, on the off chance that we really are all doomed, why not wrap up the End Times with a few minutes of fun and frivolity on another action-packed episode of… 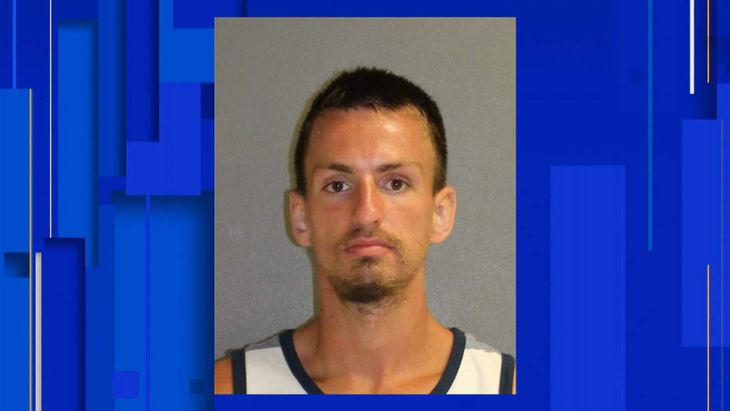 Stories like this one make me almost giddily happy, but before we get to why, let’s take a look at the details courtesy of Click Orlando:

For people who aren’t French or anything silly like that, 500 grams is a little over a pound in real measurements.

And if I’m not mistaken, more than a pound of weed is what stoners call “Whoa.”

On Saturday, officers were alerted that a stolen vehicle had been found at the airport, and while in the process of locating that vehicle, officers were flagged down by a man who said it was his vehicle that was stolen.

So far what we have here is a pretty standard crime, I guess, except for the part where the suspect left behind his grinder, scale, and cellphone.

At the same time the victim flagged down officers to describe the incident in the truck, another officer at the airport was notified by a flight instructor that a man with a blue bag was spotted crouching on the wing of a plane station on a portion of the tarmac that was not accessible to the public.

According to a report, the man asked the flight instructor how he could fly a plane.

Most flight instructors agree that the best time to learn how to fly a plane is in the 30 seconds before you try to steal one.

Anyway, here’s why I love these stories.

You might think that at some point before he decided to steal an airplane he didn’t know how to fly, Florida Man might have considered that pot is legal in California, and that all he had to do to deliver the stuff to his girlfriend there was show up and buy some at a store.

Much better just to show up at the airport with a pound of illegal weed and steal a plane you don’t know how to fly to get the weed to where it’s actually legal.

Florida Woman Asks ‘How Much Is That Doggy in the Window Now, Bub?’

Everyone's heard of a cat burglar… but we're not sure what to call this #Florida Freak:https://t.co/hzES09Ejpz#Deltona #puppy #Taser

I love this part from the KMOD writeup:

Sally told the cops that she wanted to buy the puppy, but didn’t have enough cash, and tried to talk them down on price. She later admitted that she didn’t have any money at all and planned on stealing the puppy from them. She apologized and said she wasn’t thinking clearly.

I guess that’s OK then.

Cleanup on Aisle… Nope, Right by the Entrance

Florida man without mask fights his way into walmart pic.twitter.com/xGPs5AqOVE

Another Exit Question: At what point did Florida Man think Walmart was going to accept his money after assaulting one of their employees?

Florida Woman donates kidney to same man who received her husband’s 16 years ago.

When Terri Herrington’s husband Bryan died 16 years ago, he saved the lives of four other people through organ donation.

She befriended Jeffrey Granger, who received Bryan’s kidney and pancreas. When that kidney failed last year, Terri immediately volunteered to donate her own kidney, which is now living on with Bryan’s organs in Jeff.

You’ll want to click over and read the whole thing.

My dad died at 41 waiting for a heart transplant donation that never came, so I’m a real stickler about keeping my donor card signed and all my health info up-to-date.

So it kinda goes without saying that someone has been blowing dust into my office while slicing onions. 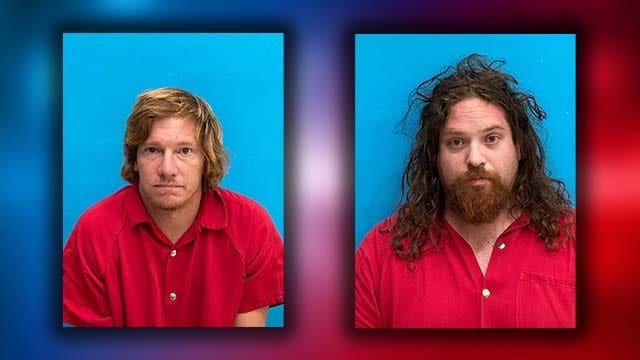 Florida Woman says she was shot for selling fake drugs in DeSoto County.

I’ve always wondered this: Is it considered fraud to try and sell someone fake illegal drugs?

And if it is, do the police just laugh it off instead of pressing charges?

• Florida Woman sues for paternity test on goats. (Whatever happens in court, Florida Woman, this once please don’t take the law into your own hands.)

• Florida Man exposes himself at Islamorada gift shop after being asked to put on face mask. (That’s very nice, sir, but we’re still going to have to ask you to cover up.)

Florida Woman, Will You Marry Me?

Megan initially blamed her symptoms on her allergies and swimming in her pool. But after her first sip of alcohol, she wasn’t so sure.

“It shocked me, I kind of just felt like the burning you would feel from hot sauce, but no flavor. So I was like, ‘I drink whiskey.’ So I said let me just try the next one and then it was vodka, and then bourbon.”

But she wasn’t convinced it might be COVID until she tried tequila.

“Usually just smelling tequila, I cannot stand it. So when I could just swish it, that’s when I was like, ‘This is confirmed.’”

Honestly, this Colorado Man might be in love with Florida Woman.

Except for the part where she doesn’t like tequila.

An Important Reminder from Florida Man

Since Florida Woman, Florida Man and Floridians is trending🔥 I'm going to take this opportunity to point out the back of my work truck was 162f today at 3:00pm. An average of 40-50 children a year die in hot cars. Countless pets. Please don't make 2020 that much worse #FLwx pic.twitter.com/9vBZquPWqO 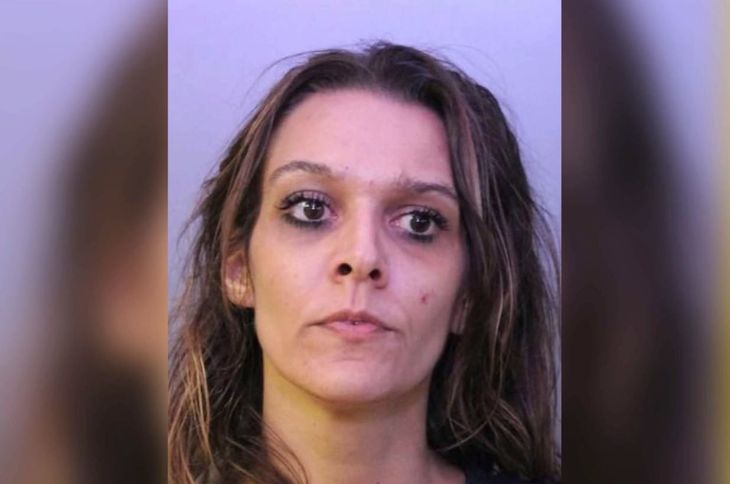 Florida Woman allegedly kept calling 911 because she needed a ride.

Gentlemen, let this serve as your occasional reminder never to pick up crazy, not even for just a ride. 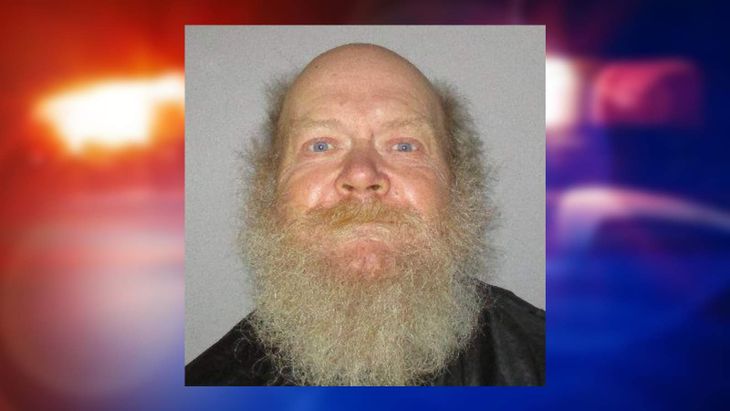 This is actually a genius move on Florida Man’s part, if you stop and think about it.

If you steal a car, you’ve stolen a car. But if you steal an emergency vehicle, you can turn on the flashing lights and everyone will clear your escape path for you.

Don’t even try to change my mind on this one.

Florida Woman Discovers the Most Horrible Sound in the Multiverse

A Florida woman was upset that her son’s car was being towed 🚗 pic.twitter.com/jQC7DNP5lK

I made it through 12 seconds before hitting Pause. 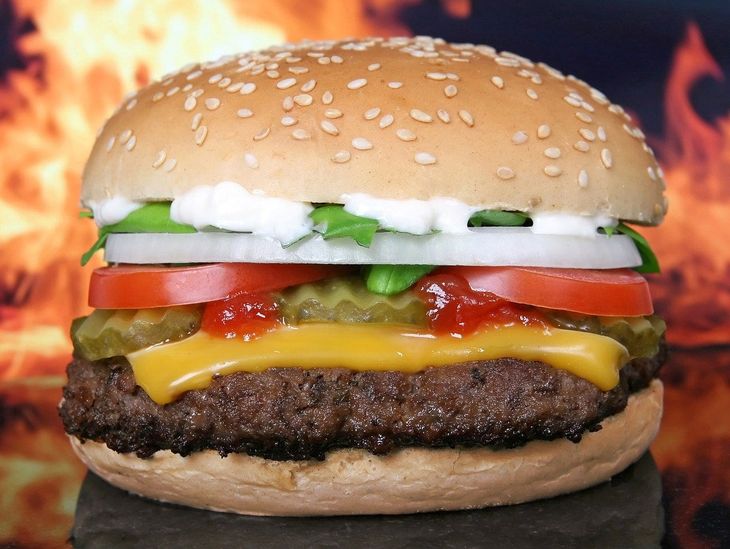 (Image by Shutterbug75 from Pixabay.)

Florida Man calls cops after hamburger with mayo left at his door.

Look, I’m not saying Florida Man was necessarily right when he called the cops over a mystery hamburger.

I’m not even saying that putting mayo on a burger should be a capital crime.

Not for the first offense, anyway.

‘I don’t wear a mask for the same reason I don’t wear underwear: Things gotta breathe’ — These Floridians warned of satanism, death, and pedophilia over a mask mandate pic.twitter.com/21XqHK5H2b

But unless you have an adult film scene to shoot in the next few minutes, Florida Woman, we don’t really need to know that you’re going commando.

Scott Cooper, a sergeant at an Ocala, Fla., correctional facility, was fishing on Oct. 13, 2018 saved a 12-year-old girl and 5-year-old boy from nearly drowning.

Cooper climbed onto the dock’s railing and jumped into the water and was able to pull out both children despite a strong current and large rocks. 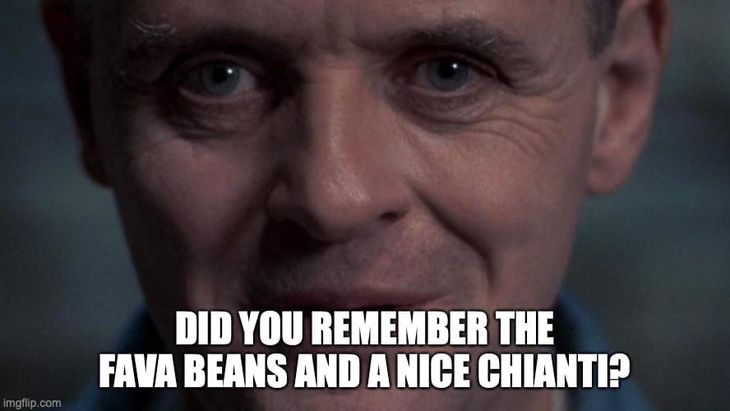 I thought we were only supposed to shoot at revenuers.

Oregon Man in custody after spending night atop railroad crossing sign in Eugene.

You’re never going to stop a car from crossing the tracks with that, sir.

Alcoholic killer monkey leaves one man dead and 250 injured after going on rampage when his booze supply dried up.

Lesson learned: If you’re an Indian occult leader, don’t get your pet monkey addicted to booze without having plans for him to go to rehab upon your death.

As I’m sure you know by now, stories like these can mean just one thing: Florida Man and Florida Woman have only seven days to reclaim their crown of glory in time for the next thrill-a-minute episode of…

Previously on Florida Man Friday: Why Don’t We Do It in the Road?