On Sunday, POTUS urged Democratic mayors and governors — where the riots have been most riotous — to “get tough” in dealing with the violence.

Get tough Democrat Mayors and Governors. These people are ANARCHISTS. Call in our National Guard NOW. The World is watching and laughing at you and Sleepy Joe. Is this what America wants? NO!!!

Trump doubled down today on describing what appear to be Antifa thugs as anarchists with this video tweet.

Anarchists, we see you! pic.twitter.com/ov1dMLu4Eg

“Anarcho-fascists” might be a better way to describe Antifa, but who am I to quibble with the president when he’s on a roll?

Alcindor on the other hand protested (Ha! See what I did there?) against Trump’s word choice.

But Alcindor couldn’t stop herself at a single tweet merely expressing an opinion. She went on (and on) with a photo tweet that demolished her case. 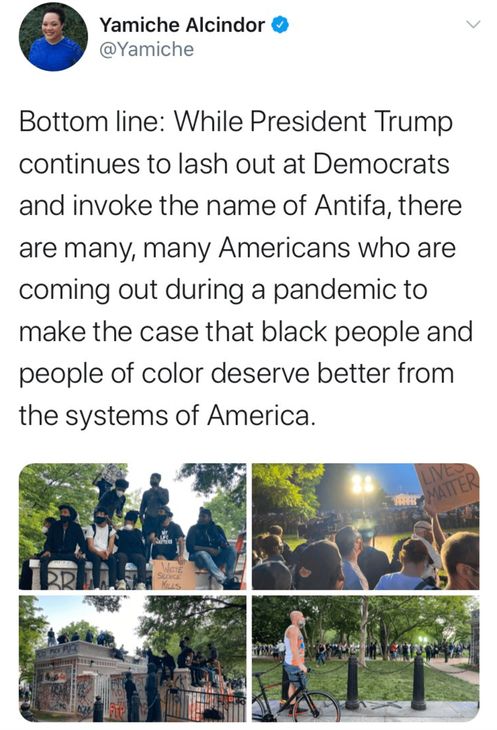 Drew Holden noticed a little something wrong with one of Alcindor’s photos. 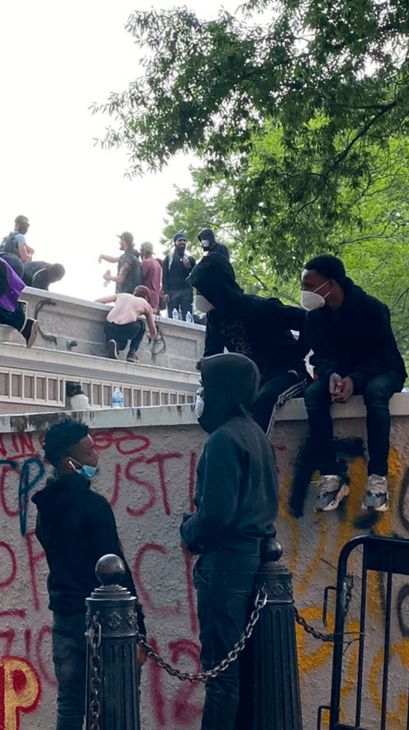 Do you see what’s wrong?

Let’s zoom in a little closer on the shirtless white guy, because he’s obviously doing something wrong — other than having forgotten to say “No” to crack.

What is it he’s doing with that spraypaint? 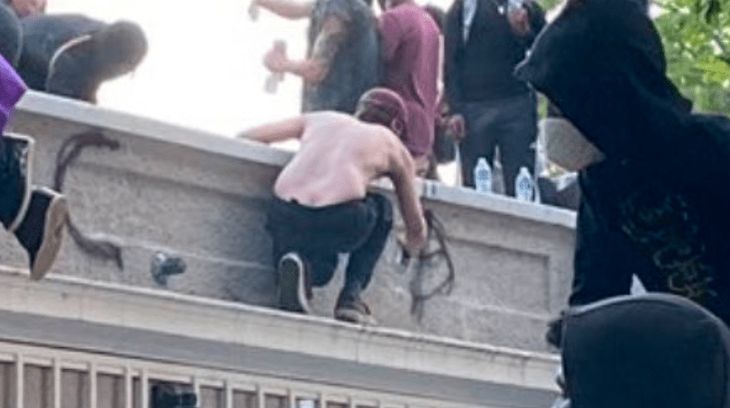 Forget for a moment that mobs roaming the streets, committing random acts of violence, is the very definition of anarchy. Maybe Alcindor has a different definition of the word, where it means whatever Donald Trump doesn’t mean for it to mean.

But our graffiti “artist” is spraypainting the widely-recognized Letter-A-Inside-a-Circle anarchy symbol in the middle of a photograph Alcindor used to prove Trump had no evidence for calling these anarchists, anarchists.

Yamiche Alcindor is apparently aware of her self-own and has since deleted the first tweet, but screencaps are forever.