Cancer Treatments on Hold: The Invisible Health Costs of the Shutdown

Dr. Scott Gottleib, former commissioner of the Food and Drug Administration and resident at the American Enterprise Insititute, warns of the “broad public health impacts” of people too scared to see their doctors — even for cancer treatments — during the Wuhan Virus shutdown. Gottlieb tweeted that “data from community cancer practices shows sharp drops in oncology visits,” including a steep “17% decline for chemotherapy in Northeast.” He also reports that cancelations and no-shows have doubled, which means people in need of “elective” cancer screenings aren’t getting them. Telemedicine “visits” are up, but not nearly enough to make up the difference. New cancer patient visits are down by more than a third. 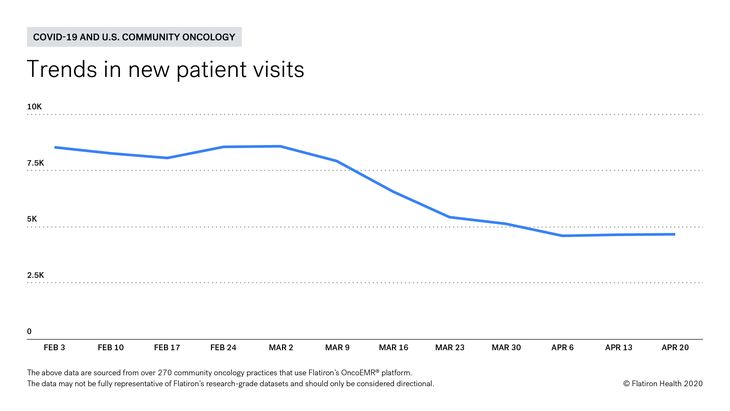 Not to put too fine a point on it, but this is a big, steaming bowl of Not Good.

When are we going to start seeing the people who developed a cough that might’ve been a sign of lung cancer? Or who had a mass that was a lymphoma, who normally would’ve gone to see their doctor but have delayed it?

CBS’s Rikki Klieman tweeted to Gottlieb that in New York City, “people are afraid of going anywhere near a hospital or medical center right now even if their appointments were not already cancelled [sic] by the doctor’s office.”

The whole point of flattening the curve was to prevent the infection rate from overwhelming the medical system’s ability to treat sick people, whether they were infected by the Wuhan Virus, had a broken arm, required chemotherapy, etc. We were very fortunate that we did indeed flatten the curve, and although things were dicey in New York City for a short while, the medical system never became overwhelmed.

The thing to remember is, absent a vaccine that might never come, the Wuhan virus is here to stay. Many more will get infected, and yes some — almost all with preexisting conditions — will die. That’s the nature of a pandemic. But we’ve done the hard work of preventing the worst-case scenario, where overwhelmed hospitals stack up bodies like cordwood while turning away cancer patients, those in need of emergency medicine, etc. But we’ve put such a scare into people, that the Wuhan Virus is causing people to miss out on cancer treatments, emergency medicine, etc. — as though we never did flatten the curve.

Having deftly avoided the frying pan, we’ve frightened sick people into jumping directly into the fire.

This is insanity, and it has to stop.

Steve launched VodkaPundit on a well-planned whim in 2002, and has been with PJ Media since its launch in 2005. He served as one of the hosts of PJTV, a pioneer in internet broadcasting. He also cohosts "Right Angle" with Bill Whittle and Scott Ott at BillWhittle.com. He lives with his wife and sons in the wooded hills of Monument, Colorado, where he enjoys the occasional adult beverage.
Read more by Stephen Green
Tags: CANCER