McCain is back even in Florida, says Rasmussen. Interesting, because Obama had been up there by as much as five points in recent weeks. And it’s not like he’s done any surge type campaigning to turn things around. Buyer’s remorse? Is the Powell Endorsement backfiring with Miami’s Jewish population? Who knows.

Same story in Ohio — not known for its large number of Jewish retirees — where McCain went from a five-point deficit to a two-point lead today.

The polls are still breaking Obama’s way in Colorado, North Carolina, and Missouri, however. And Virginia? Fuggidabodit. 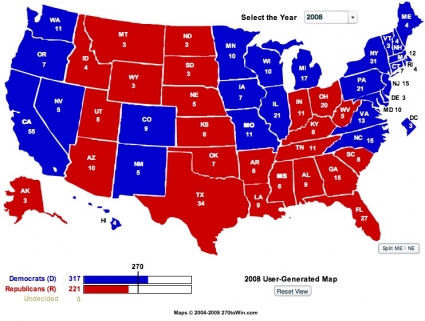 McCain is more competitive than he was last week — but only enough to turn a blow-out into a drubbing.