The big news is, over the last two weeks every “Leans Republican” states (bar Indiana) has moved into the toss-up category — along with a couple of “Likely Republican” states, too. Here’s how Rasmussen sees it this morning: 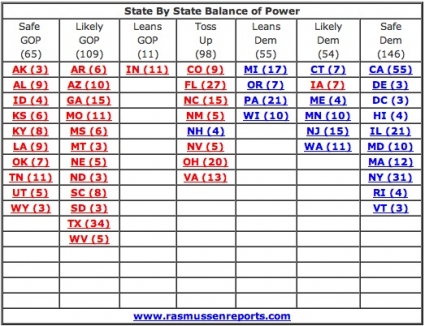 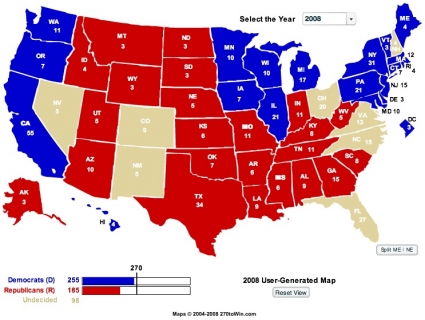 At this point in a campaign, the Republican candidate is typically gaining ground, as people begin to look seriously at the Democrats’ Santa Claus candidate. As comforting as it might seem, you can’t blame McCain’s slippage entirely on the media, either.

McCain came out as a reformer — and has spent the last week acting the ditzy (not to mention ineffective) Washington player. McCain ran against the media in St Paul — then let that fizzle out. He debated against an empty suit — and pulled his punches. He gave the base the most exciting Veep selection since ever — then kept her cloistered.

And time is running out to fix those mistakes.