Waltzing at the Waldorf: Israeli Solders Face Another Kind of War

The Morning After: Updated Coverage

Lori Lowenthal Marcus, the gutsy and determined founder of Z Street, was one of the main organizers of last night’s pro-Israel demonstration outside the Waldorf Astoria. (I did not realize this last night and am formally apologizing to Lori here and now). Philadelphia-based Marcus is the one who called the New York Police Department and got “the Haters” moved from in front of the hotel to a block away. She tells me that she “sent out well over a thousand emails and brought Col. Bentzion Gruber, a commander from Operation Cast Lead.”

Marcus also notes that many of the pro-Israel organizations listed did not show up or send people. Despite that, the pro-Israel attendees were far more numerous than the last time. In her words, there were “multitudes more.”

Pro-Palestinians, All in Black, Stage A Nazi Rally

As I write this, the forces of darkness are gathering to battle the forces of light. It’s happening two miles away from where I’m sitting, right here in Old New Yawk.

The Waldorf-Astoria has hosted debutante balls, grand parties, weddings, crowned heads and heads of state, the idle rich and the world’s hardest working celebrities. Tonight, the Israeli Defense Force is being honored there. The IDF Chief of Staff, Gabi Ashkenazi, is the keynote speaker.

Of course, as part of the sixth Israeli Apartheid Week, the infamous International Solidarity Movement (ISM)—the very group responsible for the death, martyrdom, and exploitation of Rachel Corrie–is staging a protest. Thirteen groups will participate, including National Lawyers Guild—NY chapter (always a left-wing group), Adalah-NY, Jewish Voice for Peace, Jews Say No! Code Pink, Women in Black-Union Square, and Women of a Certain Age (them I do not know). Of course, the ISM website accuses Israel of having committed war crimes in Gaza.

This is a Big Fat Lie.

But it makes me sick that Israelis should have to be faced with such hatred wherever they go—and spewed by the slickest and most cunning of homicidal liars; by those who insist the “Islamophobia” is the real problem, even as Muslims persecute and slaughter Christians, Hindus, and Jews.

Israel has the legal, moral, and human right to defend herself and that is precisely what she has done. From the moment impoverished, persecuted Jews sought to return to their ancient homeland, the Arabs, most of whom were Muslims, hated and opposed them because they were Jews. In addition, the Arabs also envied and tried to copy Jewish ideas about nationalism. 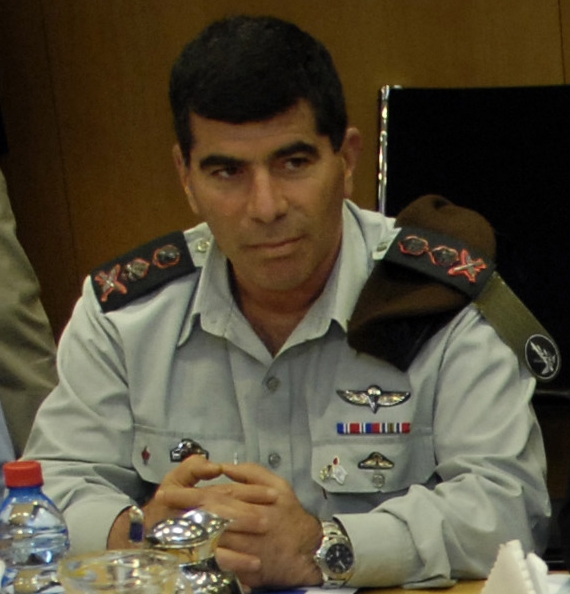 Israel has never been a “colonial, apartheid” state. Please read an excellent article, recently published by Dr. Irwin J. Mansdorf, which carefully and brilliantly addresses the question of whether Israel is a “colonial state.”

I am glad that the Friends of the IDF have decided to hold this event right now at an upscale location. And, I am very glad that pro-Israel groups have promised to be there. These groups include: Z Street, Americans For a Safe Israel/AFSI, Get Out The Facts, Human Rights Coalition Against Radical Islam, National Council of Young Israel, Shalom International, Stand With Us, World Committee for the Land of Israel, and the Zionist Organization of America/ZOA.

I have troops on the ground. They will be calling me with reports, photos, videos, interviews. Stay tuned for their fine work.

Live At the Waldorf:

Journalist Fern Sidman has just called in her first report. (Much thanks Fern!)

She says there are approximately 300 loud, angry, well choreographed anti-Israeli protesters (and the usual contingent of Marxists and Maoists) waving large Palestinian flags and chanting “Free Palestine.” Here is a sampling of their inflammatory signs:

I can assure you that Israeli soldiers are among the most moral on earth. Please read what I wrote about the non-massacre that never took place in Jenin and about the twenty three young Israeli soldiers who died–because they were sent into Jenin on foot; at the time, Israel did not want to further offend a dangerously Jew-hating world and instead, was forced to sacrifice their young, their finest, to armed and bloody terrorists who were hiding among Palestinian civilians.

Sidman tried to interview some Maoists who absolutely refused to talk to her (“Yes,” one finally said, “I’m an anti-Semite and I won’t talk to you.”) A Palestinian supporter told her, matter-of-factly that “The U.S. Government is ruled by Zionists,” “that we can never have peace in the Middle East because of the Israeli Occupation;” “The Jewish state is inherently racist in nature.”

Now, 20-30 members of the Iranian-funded Neturai Karta (disguised as Hasidic Jews) have just joined the pro-Palestinian side. Al Jazeera is filming, as are student filmmakers. Some members of a Jewish Voice for Peace are wearing kipahs. They are the only ones moving back and forth between the pro-Israel side and the pro-Palestinian side. They are marching, carrying carefully printed signs which read: “Palestinians Hunger for Justice” and ‘Stop Israeli War Crimes.”

The forces of darkness (so to speak) have an excellent sound system. Their followers know how to chant. And to keep chanting. One wonders from whence their funding flows…can it be the Saudi Lobby? The European Union?

And now, the stalwart Sidman tells me, the pro-Palestinian side has doubled, even tripled and comprise 500-600 people. Joining them is the Green Party of New Jersey and the Islamic Thinkers Society. Members of the National Lawyers Guild are wearing baseball caps which read: “Legal Observer.” Their task? To monitor possible police harassment of the Palestinians.

By now, the 125 pro-Israel supporters have left. It was a miracle that they ever came.

Allow me a deep, deep sigh. The pro-Israel troops were valorous, heroic, committed–and smart, really smart–but they were far, far fewer in number, lacked a sound system, (the police would not allow the pro-Israeli side to have a sound system). They lacked the knack of leftist chanting and urban street theatre. Their signs were good and read: “Suicide Bombing is Mass Murder;” “Hamas Targets Civilians, Israel Targets Terrorists;” “The IDF Protects Jews, Christians, Muslims, Ba’hai.” A sign of an injured Israeli child reads: “Sderot Boy, Hamas Victim.” “Remember our Six Million. Never Again.” One is a sign for peace in 20 languages.

Dear friends who were there did not want me to mention this. Look: At least I’m mentioning this last.

The pro-Palestinians all wore black. They were told to do so. They followed orders. They had marshals keeping them in line. Is it important to be able to do good fascist-style or 60s-style or ACT-UP-style demonstrations? Are the large organizations obligated to take to the streets to combat this Nazi show of blood lust?

Fern Sidman: You are a hero. Kudos to you.

Kudos to Marvin Belsky of HRCARI who also called in a first report.

Sidman, writing today in the Intellectual Conservative has these choice quotes:

“The Israeli army is the most moral and ethical fighting force in the world,” declared Rabbi David Algaze of Congregation Chavurat Yisrael of Forest Hills, New York. “They have displayed the utmost restraint when battling Hamas terrorists, murderers and criminals and the lies that are being spewed forth by misguided Jews and the forces of radical Islam must be confronted in the strongest of terms. Let the world know that the Jewish people will not be intimidated by those who seek to demonize and delegitimize Israel. We are exceptionally proud of the members of the IDF and we will continue to support the right to defend ourselves from those who seek to eradicate us.”

Arish Sahani of the Indian Intellectuals Forum and a member of the Human Rights Coalition Against Radical Islam said, “The Palestinians are inciting war against Israel and Israel has every right to defend herself and her citizens just like any other country in the world would. Why is Israel held to a higher standard and why are Jews compelled to be constant victims. Why aren’t they given the right to fight back against sworn enemies just like everybody else. ”

Dr. Marvin Belsky, the chairman of the Human Rights Coalition Against Radical Islam, said, “The tragedy of today’s demonstration lies in the fact that we are severely outnumbered by our enemies. Every Jewish establishment organization was informed of this counter-protest and none of them showed up to support Israel and the Jewish nation. The HRCARI is a nascent movement who has its collective finger on the pulse of radical Islam and we are cognizant of the dangers to the Western world that such a movement represents…Make no mistake about it: if the world remains mute while Israel is being raked over the coals, the US, Europe and the rest of the free world will be next. ”