Just as President Trump predicted, the Kancel Kulture Klub finally came for statues of George Washington and Thomas Jefferson — and apparently that’s just fine for writer and “activist” Charlotte Clymer, who is happy to explain why you can’t touch a statue of Vladimir Lenin.

You may have seen on social media in recent days this meme or memes similar to it: 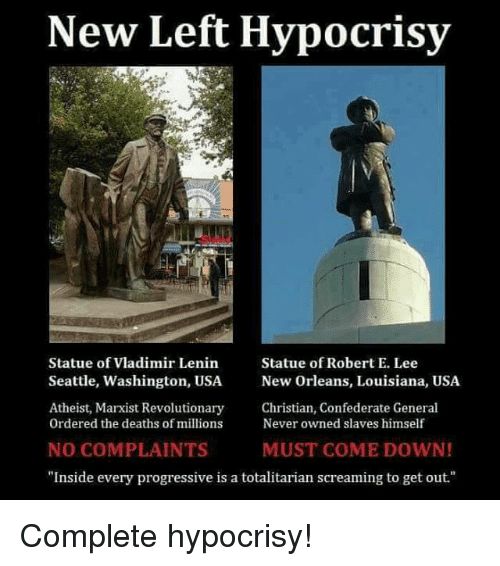 There are countless variations on the meme, some with statues of Jefferson (yea!) or Washington (yea!) or Lee (ummm…). Or as my friend and former GayPatriot blogger Bruce Carroll dryly observed on Facebook yesterday, “There is a statue of mass murderer Lenin in Seattle. It remains untouched.”

Not that I’m advocating the tearing down of any statues, mind you. But if we’re going after historical villains, Lenin might be a better place to start than, say, the author of the Statute of Virginia for religious freedom.

But you can’t touch Lenin, you see, because the statue of the man who basically outlawed private property throughout a country of 131 million people spanning 11 timezones is out of bounds because it is, and stands on, private property.

The irony is so thick you could rest a giant marble statue on it. 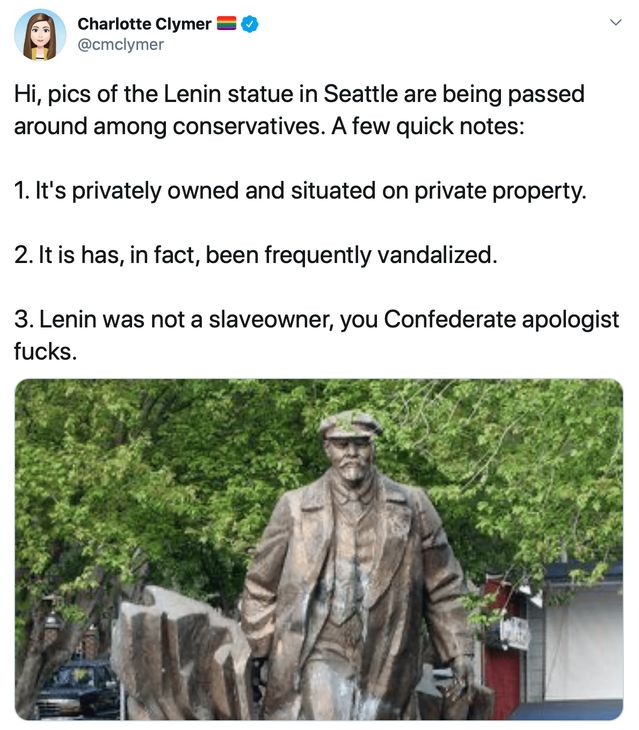 (This is a screencap with a link to the original tweet, on the off chance Clymer comes to their senses and deletes it.)

I’d be happy to create a list of the BLM/Antifa/Mob violence against private property in recent weeks, but then PJMedia would go broke upgrading our servers to handle that much data.

Let’s start with the more obvious:

And then of course there’s the pesky matter of all those corpses. I appreciate Gene the Lawyer linking to this excellent WSJ piece on Communism’s bloody legacy — a legacy born in Lenin’s Soviet Russia. 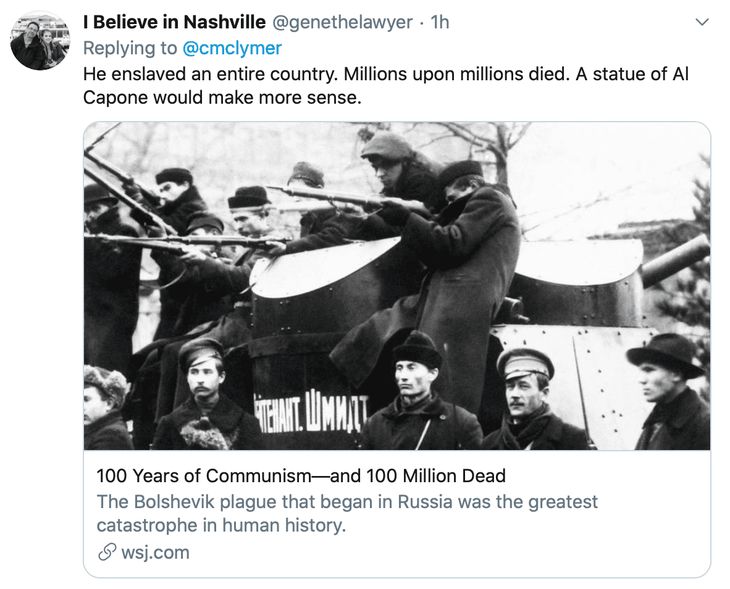 This one from the Washington Examiner’s Siraj Hashmi was quite good: 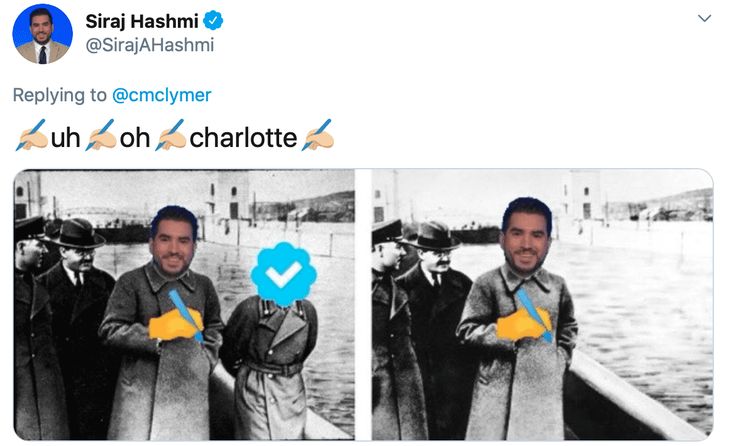 I’ve seen variations on the Lenin/Lee/Jefferson/Whomever meme going around for a few years, and not once have I seen a claim that the Lenin statue is or sits on public property. Clymer is at best dodging by changing the subject.

If that claim is going around on the Right, it’s very much a minority viewpoint in addition to being incorrect. Or — again, if it exists — it might be more 4chan tomfoolery.

Whether it’s real or not, I read through Clymer’s Twitter timeline* and they provide not one shred of evidence for it. So take that for whatever it’s worth.

Clymer might have a stronger case had they not retweeted a link to this Eugene Scott column in the Washington Post, which seems to celebrate the ongoing lawlessness.

We build statues of Washington to honor him for fighting and winning against all odds to free this country from British tyranny. We do this with the understanding that this great man was, like all men, deeply flawed.

We build statues of Jefferson to honor him for leading the philosophical revolution that freed slaves around the world, even in this country. We do this with the understanding that this great man was, like all men, deeply flawed.

And while I’m much more ambivalent about building statues of Lee, I understand that we do so to honor a man who fought bravely — albeit for the wrong cause — and whose example in defeat helped to bring peace to a shattered nation.

Their achievements are worth celebrating. Their flaws demand acknowledgment.

Grownups can do these two things at the same time, even regarding much smaller issues. For example, I can be grateful to Clymer for their years of military service, without bending the knee to their ridiculous political opinions.

Spoiled nihilists can’t or won’t, and that’s exactly why we can’t give in to their childish demands.

We have legal, democratic processes for removing monuments to people who have lost favor with the great majority of Americans. If following those rules doesn’t get the statues removed, then it’s because people still want them. A violent mob has no right to bypass our legal system to force their will on the majority.

If we give in to the tiny mob, then it’s mob rule forever — and mob rule is exactly what the Constitution and the Bill of Rights are supposed to guard us against.

*Yes, I read through three days of Clymer’s timeline. There’s very little I won’t do for our VIP members.