Solar Flares Can Be X-Rated

It’s the afternoon of September 7, 2017. The Sun has been quiet up until around a week and a half ago when it suddenly woke up and started producing a more normal amount of sunspots. And at the same time, it started waking up, sunspot complex 2673 formed as it rotated around from the far side.

It’s an impressive, large, physically and magnetically complex sunspot group. And it turns out it’s plenty energetic, too. It had been popping off minor to moderate solar flares from the time it formed.

Early on 6 September, things got interesting.

Solar activity is largely magnetic in nature. The Sun is a big ball of rotating plasma — charged particles. So as it rotates, it forms an electrical current. And like all current loops, it generates a magnetic field. But since the Sun is not a rigid, solid body like Earth, each particle is actually following Kepler’s Laws of orbital mechanics. So the center isn’t rotating at the same speed as the visible surface, and the equator isn’t rotating at the same speed as the poles. It’s called “differential rotation.” But what that means is that there are different magnetic fields being generated for each part of the Sun, and the magnetic field lines get all wrapped up and twisted. (Remember playing with magnets as a kid? Laying a piece of paper over a magnet, then sprinkling iron filings over it, and watching it make the big arcs and whorls? Those are magnetic field lines.) They can even get snarled and knotted. When one of these “magnetic knots” reaches the photosphere (visible surface), it tends to cool the plasma in its immediate vicinity and thus appears as a sunspot. That’s why some sunspots are complicated and some aren’t; it depends on how bad the knot is snarled.

But magnetic field lines aren’t static. They’re constantly moving and shifting. If the snarl gets tight enough and complex enough, it builds up tremendous potential energy. Some of this energy can then be released by something called “magnetic reconnection” — the field lines snap, and reattach someplace else, in a simpler configuration. This explosively-energetic event is called a solar flare, and it typically releases a flood of x-rays. It also sometimes (but not always) results in a big blob of the plasma in the area getting shoved off into space with the part of the magnetic field that detaches. This big blob of plasma accelerating away from the Sun is called a coronal mass ejection, or CME. You can think of it as like a giant mushroom cloud for the “nuke” of the solar flare.

Solar flares are categorized by the amount of x-rays they release; the more x-rays, the stronger the flare is. An A-class flare is the weakest (but probably you still wouldn’t want to be close). B-class is the next strongest, followed by C, then M, and finally X is the strongest class of solar flare. Within each class, a number is assigned, so that an A2.0 is twice as strong as an A1.0, but a B2.0 would be four times stronger than an A5.0. The strongest flare ever observed has been dubbed the Carrington Superflare of 1859, after principal observer Richard Carrington; it is estimated to have been around an X100, and it and the subsequent CME it generated had significant worldwide effects.

(A video of the flare and CME as it occurred, in several wavelengths of light. Images NASA.)

Fortunately, as the Sun rotated, it had carried 2673 a bit farther around so that it wasn’t aimed directly at Earth, so when the CME hits Earth a glancing blow sometime between the evening of 7 September and the late afternoon of 8 September, it shouldn’t be too bad. We’ll get some really cool aurorae that might dip down to the mid-latitudes. This means that observers in most of China, most of Russia, Nordic Europe, Scotland, northern England, northern Ireland, all of Iceland, Greenland, and Canada should be able to view the aurorae. Also in the USA, the states of Maine, Vermont, New Hampshire, New York, Michigan, Wisconsin, Minnesota, the Dakotas, Montana, northern Idaho, Washington, Alaska, as well as northern observers in Pennsylvania, Ohio, Indiana, Illinois, Iowa, Nebraska, Wyoming and possibly the northeast corner of Oregon, should easily be able to view auroras. (Observers a bit farther south may also be able to see the aurorae by finding a clear northern horizon.)

This light show will occur along with some possible communications problems (the initial x-ray burst ionized the upper atmosphere and caused intermittent radio blackouts on the day side of Earth, within minutes of the flare), and potentially some minor power grid fluctuations.

That’s not to say that, once sunspot group 2673 is gone, there won’t be others, just as energetic. Even if the Sun goes into an extended quiescent phase, they always come back, sooner or later.

It’s definitely worthwhile keeping one eye on solar activity, and the other on the northern night skies. 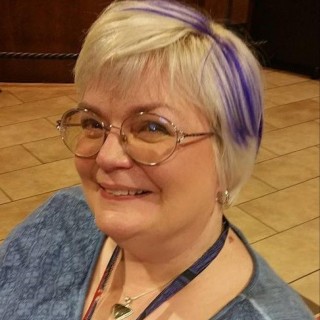 Award-winning author Stephanie Osborn is a 20+-year space program veteran with multiple STEM degrees. She has authored/co-authored/contributed to 35+ fiction/popular-science books, including The Weather Out There Is Frightful: Solar/Space Weather , Rock and Roll: The New Madrid Fault System , Burnout: The mystery of Space Shuttle STS-281 , the Displaced Detective series, Gentleman Aegis series, and new Division One series.
Read more by Stephanie Osborn
SHOW COMMENTS