Just over a week ago, MyPillow CEO Mike Lindell’s Minnesota duck-hunting getaway was abruptly interrupted when a team of FBI agents rolled up to a Hardee’s parking lot and surrounded him in the drive-thru line as if he was an ordinary fugitive and seized his mobile phone. The incident sparked intense backlash online, with many remarking that the FBI is — once again — being used as a political weapon.

As a result of the cell phone seizure debacle, soon after, Lindell announced a lawsuit against President Joe Biden’s DOJ and the FBI, challenging the seizure and insisting that his “First, Fourth, Fifth, and Sixth Amendments” were violated. Lindell, in his lawsuit, claimed that he was denied the chance to contact his attorney and said he feared “for his and his friend’s lives” as the federal agents trapped them in the drive-thru.

Reuters has the details:

The new details about the focus of the investigation were confirmed on Wednesday after Lindell’s attorneys uploaded a copy of a search and seizure warrant approved by U.S. Magistrate Judge Tony Leung for Minnesota federal court on Sept. 7.

Leung approved the warrant based on probable cause that Lindell and other possible co-conspirators may have violated federal laws prohibiting identity fraud, conspiracy to defraud the United States and causing intentional damage a protected computer.

The investigation came on the heels of a parallel state investigation, after election-equipment passwords were discovered on a right-wing internet blog.

The DOJ’s interest in pursuing the case stems from an investigation launched last year by the FBI into a suspected cyber breach of voting equipment in Mesa County, Colorado. That equipment was furnished by Dominion Voting Systems, one of the voting machine companies Lindell and other Trump supporters are accused of taking part in an election-rigging conspiracy. Dominion is one of the two voting system companies currently suing Lindell over defamation claims.

News of a possible breach of the county’s voting equipment led to Colorado Secretary of State Jena Griswold authorizing the decertification of 41 voting machines. Griswold would go on to accuse Mesa County Clerk and Recorder Tina Peters, who happens to be a Trump-supporting Republican, of taking part in the breach.

Peters, her deputy Belinda Knisley and former elections manager Sandra Brown were indicted on state criminal charges this year in connection with the election security breach.

Knisley has since plead guilty and will testify against Peters, who has maintained she is not guilty of the charges.

Peters, Knisley and Brown are all named as subjects in the Justice Department’s criminal investigation, according to the warrant, along with several others.

Lindell, represented by a legal team that includes heavy-hitting attorney and former Harvard Law professor Alan Dershowitz, has, as part of his lawsuit, requested that any information taken from his seized phone not be released by the DOJ to the public. The MyPillow CEO also told Business Insider that his business is suffering due to the FBI’s seizure.

“I can’t do money wires,” he told Business Insider. “They took the files that were in there, and it really crippled me with work.”

Lindell added that a growing list of vendors set to appear on his new “MyStore” website has pulled their deals. “You know, they don’t want to have the connection of the FBI. The FBI scares them,” Lindell said, adding that he understands the companies don’t want “to get canceled” due to being associated with him.

Only time will tell if anything comes of the DOJ investigation into the successful pillow maker. But if Lindell has proven anything to the world, it’s that he’s not afraid of facing off against his many opponents on the legal battlefield. 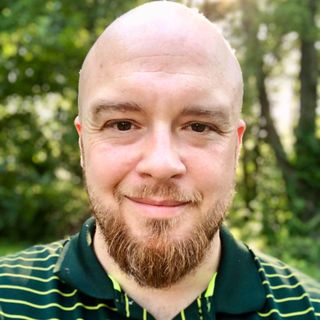 Ryan Ledendecker is a freelance writer covering politics and breaking news. He previously worked as a columnist and web editor for an award-winning local newspaper. When he's not writing, he's honing his competitive BBQ skills. You can find him on Twitter, Facebook, and Truth Social.