The tradition probably dates back to the dawn of man on the African savannah. A young man on his first hunt makes the kill and the clan gathers round while the youngster cuts out the heart of his prey and eats it.

Apparently, this tradition is too much for some people. Johnny, a New Zealand hunter who has been taking his daughter Chloe hunting since she was 8 months old, came in for scathing criticism when he posted a picture of his now 8-year-old child taking a bite out of the heart of her first kill — a fine stag.

Some people need to get a grip:

Meanwhile, Johnny lets it all roll off his back:

“Chloe has been coming hunting with me since she was eight months old on a front pack. This was her first deer. She has shot a goat, and been target shooting.”

Johnny said that the negative response didn’t bother him.

“I’d quote the saying, ‘Lions do not care of the opinions of sheep.’ She wanted to do it when she saw a picture of her uncle biting the heart of his first deer.

“We’re not too serious about it; it’s something some hunters do with the first kill. I wouldn’t say [it is] ritualistic, but she is a hunter now.”

There is little risk in eating a raw heart straight out of the deer’s chest, unless the deer itself was diseased in some way. Some might question the father for allowing an 8-year-old the privilege of engaging in the tradition, but what age would be too young? If Chloe is old enough to shoot — and kill — a stag, and she’s willing, I don’t see anything at all wrong with it.

Organ meats like heart are considered “superfoods” rich in protein and other good things. How many of these hysterics would complain if her dad gave his daughter a Twinkie? 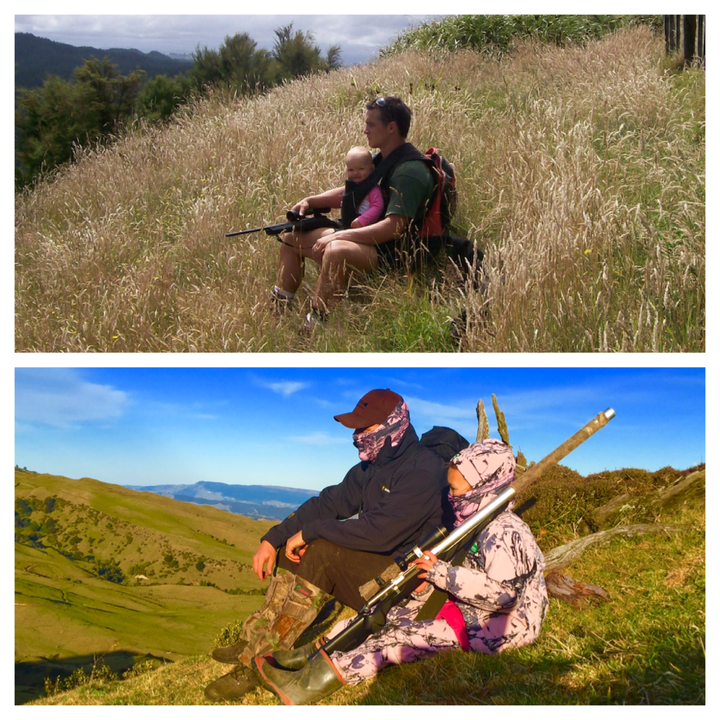 The father-daughter bond between the two is obvious and it’s equally apparent that the moment these two shared together when Chloe bit into the heart of her first kill will be remembered by both of them as long as they live.

Actually, the real dynamic at work here is anti-gun, anti-hunting hysteria. Facebook actually took down the New Zealand Woman Hunters page where the pics were posted. Not much tolerance there for a pro-hunting viewpoint.