I've Been Suspended From Twitter for Stating a Biological Fact

The transgender movement has ushered in a new era of social justice fascism that will try to silence us all.

No one can deny that social attitudes have changed over the years, but the movement that once preached tolerance of the LGBTQ community has, quite literally, become a movement advocating for the oppression and censorship of people who don’t buy into what they’re trying to sell. And right now, they’re trying to sell the idea that men can become women and vice versa.

This is simply not true.

As I often do, I share articles I’ve written on Twitter. Apparently, someone didn’t like what I said, because, on Friday morning, I found out I was suspended from Twitter for a number of hours. 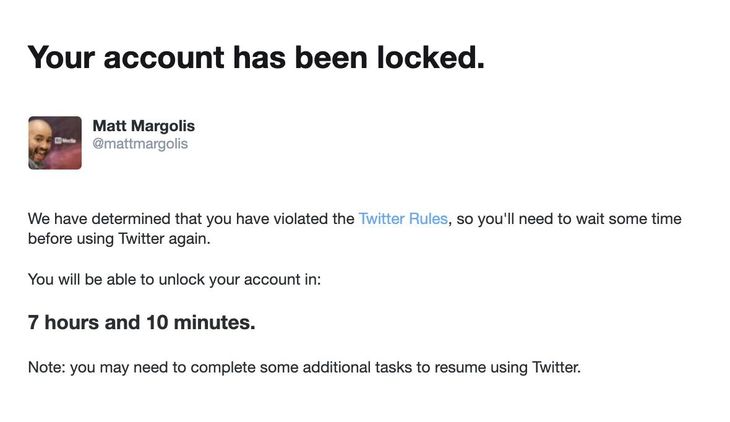 At the time, I was unaware of what tweet (or tweets) had gotten me suspended. Eventually, I found out—after the suspension was lifted—that my account was still locked, pending my deletion of the offending tweets, of which there were apparently three. 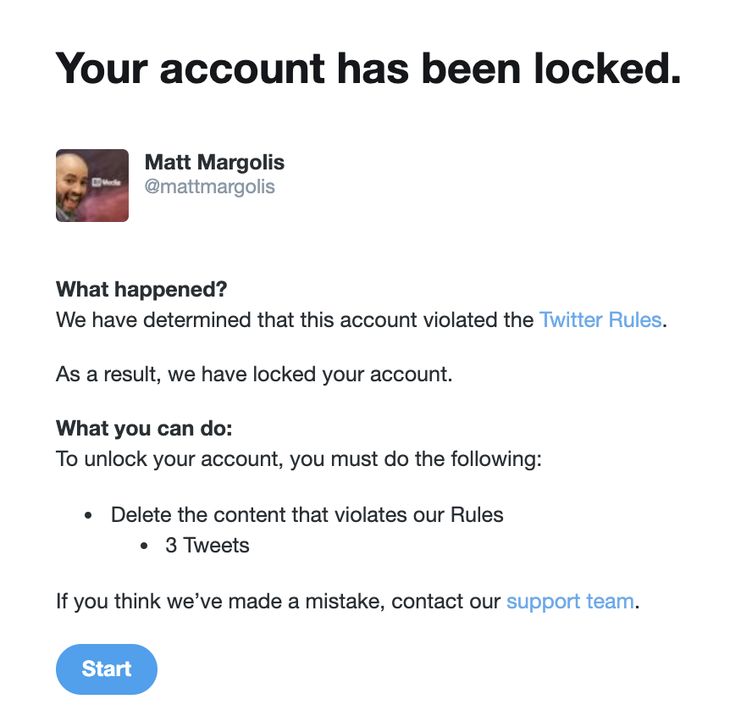 I clicked through, and sure enough, my first offense was my tweet sharing my aforementioned article about Rachel Levine. 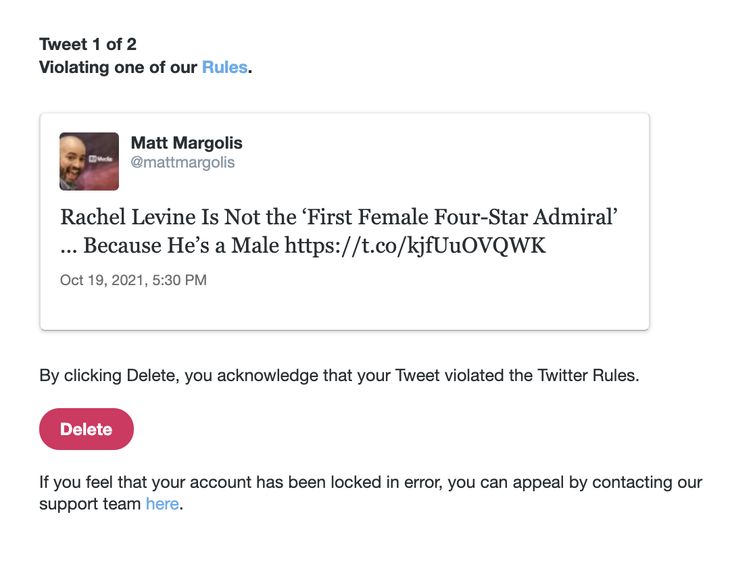 In the interest of restoring access to my account, I nearly clicked on the “Delete” button… Until I read the line above, which read “By clicking Delete, you acknowledge that your Tweet violated the Twitter Rules.”

Umm… yeah, I don’t think so. Upon my review of Twitter’s rules, I can’t determine how I violated them.

Now, I’m not naive. I don’t doubt that Twitter has accused me of violating their hateful conduct policy, which reads as follows.

You may not promote violence against or directly attack or threaten other people on the basis of race, ethnicity, national origin, caste, sexual orientation, gender, gender identity, religious affiliation, age, disability, or serious disease. We also do not allow accounts whose primary purpose is inciting harm towards others on the basis of these categories.

Hateful imagery and display names: You may not use hateful images or symbols in your profile image or profile header. You also may not use your username, display name, or profile bio to engage in abusive behavior, such as targeted harassment or expressing hate towards a person, group, or protected category.

Did I attack Rachel Levine? Nope. I didn’t promote violence against him either. I simply stated a fact: He is a male. He is no less a biological male than I am, I don’t care if his preferred pronouns are she/her or xe/xir or beep/bop/boop. I will not deny this biological fact out of fear of being labeled a bigot. I don’t care if you are a man who feels like a woman. You’re still a man, down to your DNA. Biology doesn’t care about your feelings or your preferred pronouns, and neither do I.

I’ve appealed my suspension. Of course. The appeal will most certainly be denied, and then I’ll have to make my decision about what to do.

P.S. Rachel Levine is a man.