On Tuesday, Rudy Giuliani dropped the bombshell on Newsmax TV, alleging that “numerous pictures” of underage girls were found on Hunter Biden’s laptop. Text messages also suggest that Hunter Biden may have been “sexually inappropriate” with a 14-year-old girl, and had told Joe Biden about it, and requested his help in dealing with it.

The New York Post bombshell report that has been suppressed and censored by social media may contain another bombshell within it.

Included in the story is a photograph of a federal grand jury subpoena, which appears to have been signed by FBI Special Agent Joshua Wilson, who is said to be one of the FBI’s top child pornography investigators.

John Paul Mac Isaac, the owner of The Mac Shop, where Hunter Biden is alleged to have brought the damaged laptop, told Fox News that in addition to the Burisma emails, he found other “disturbing” items and said he was frightened by what he saw. “I just don’t know what to say, or what I’m allowed to say,” Isaac said. “I know that I saw, I saw stuff. And I was concerned. I was concerned that somebody might want to come looking for this stuff eventually and I wanted it out of my shop.”

Wilson was described by New Jersey’s The Star-Ledger in 2012 as “an FBI agent based in New Jersey who has spent nearly five years working full time on child pornography,” and a comparison of his signature on a 2012 criminal complaint appears to match the barely visible reversed signature of the FBI agent serving the subpoena. The Post says the redacted form, which appears to bear Wilson’s signature, is a “Delaware federal subpoena given to The Post [that shows] both the computer and hard drive were seized by the FBI in December, after the shop’s owner says he alerted the feds to their existence.” 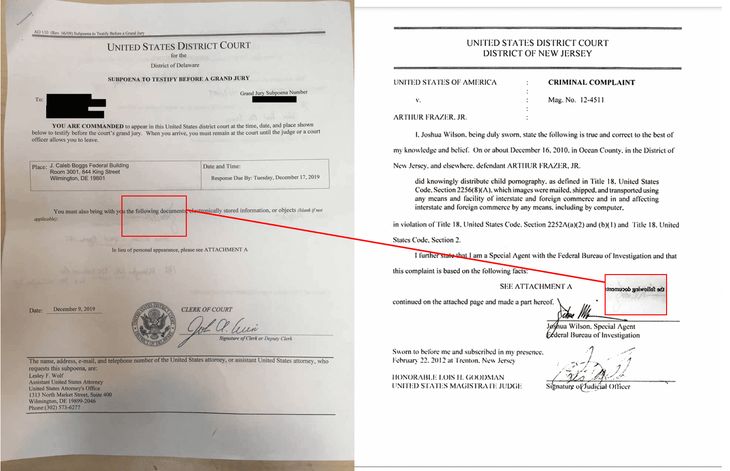 Here’s a closer look at the signatures: 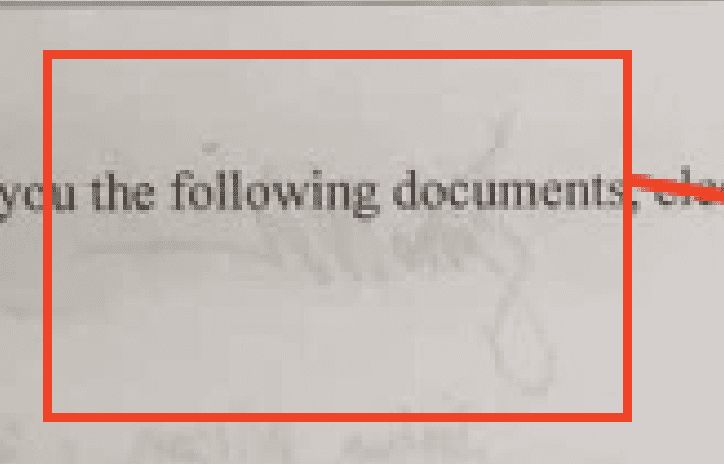 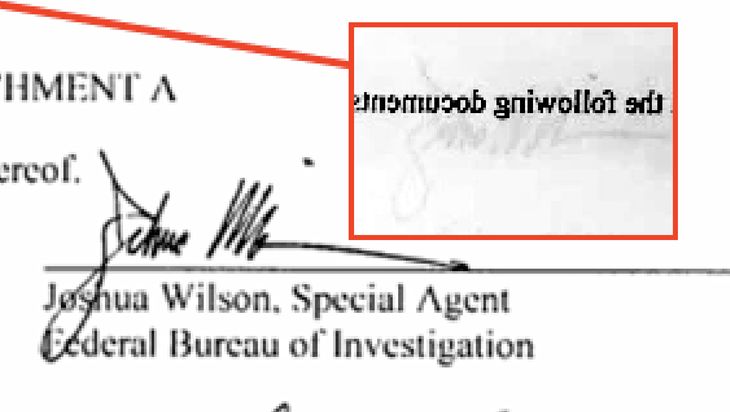 According to Western Journal, “A blank version of the subpoena form seems to further back up the original document’s veracity, as the agent’s signature matches up with the location on the blank form for the signature of the individual serving the subpoena.”

Business Insider, a liberal publication, conceded that “the available evidence seems to show the Joshua Wilson who signed the subpoena for Hunter Biden’s laptop, and the Joshua Wilson who investigates child pornography for the FBI, are the same person.” However, they also report that Isaac told reporters last week that he “did not see child pornography” on the laptop.

Fox News reported that “according to Isaac’s account, the FBI first made a forensic copy of the laptop, then returned weeks later with a subpoena and confiscated it,” suggesting that it is possible that while Isaac may not have found child pornography on the computer, the FBI could have, thus explaining Wilson’s signature on the subpoena.

However, it is worth noting that Isaac’s credibility has come under scrutiny due to his poor vision and unclear timeline of events. So, at this point, it’s impossible to say why Special Agent Wilson served the subpoena, and we can only speculate on the meaning.

Matt Margolis is the author of Airborne: How The Liberal Media Weaponized The Coronavirus Against Donald Trump, and the bestselling book The Worst President in History: The Legacy of Barack Obama, and The Scandalous Presidency of Barack Obama. You can follow Matt on GETTR, Truth Social, Twitter, Facebook, MeWe, Gab, and Rumble. News tips, praise, hate mail, and media inquiries can be sent to [email protected].
Read more by Matt Margolis
Tags: HUNTER BIDEN