So this happened today.

As Bonchie notes over at sister site Red State, arresting them to bring them back to do their jobs is in accord with the Texas constitution. If memory serves, this was done to deal with the 2003 walkout. Who gets that job? I know who I’d roust out of retirement for it.

Harris County Commissioner Rodney Ellis, also a Democrat, flew up to Washington for the flying weak beer bash for some reason. He can’t vote in the state House. His presence doesn’t make or break a quorum. Perhaps he was checking out new taxpayer-funded storage space for his dubious art collection.

The Texas Senate has kept on working and passed funding for retired Texas teachers. Too bad the House Democrats aren’t around to pass it. Teachers, take note.

The runaway Dems have become the butts of jokes all over the state. Rep. Troy Nehls, from the Houston area, posted this gem on Facebook. 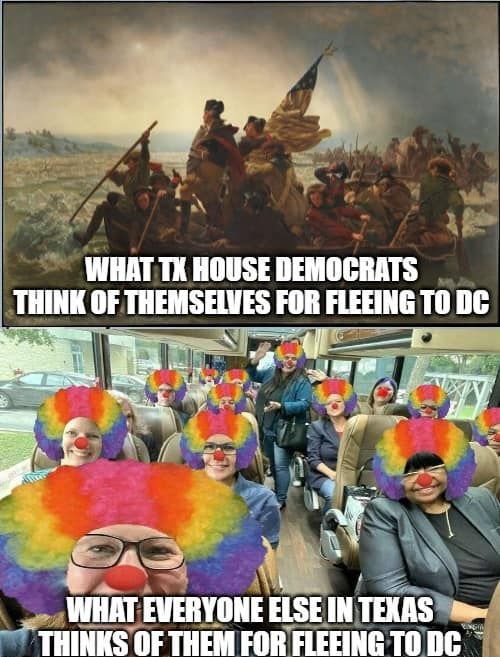 Harsh but accurate. A majority of Texans oppose the Democrats’ chartered flight from reality. No polls have been taken of their singing talent, but it’s not difficult to guess how that will go.

A question lingers over the legislature: Who paid for the chartered flight, and what do they want the Democrats to do for them? 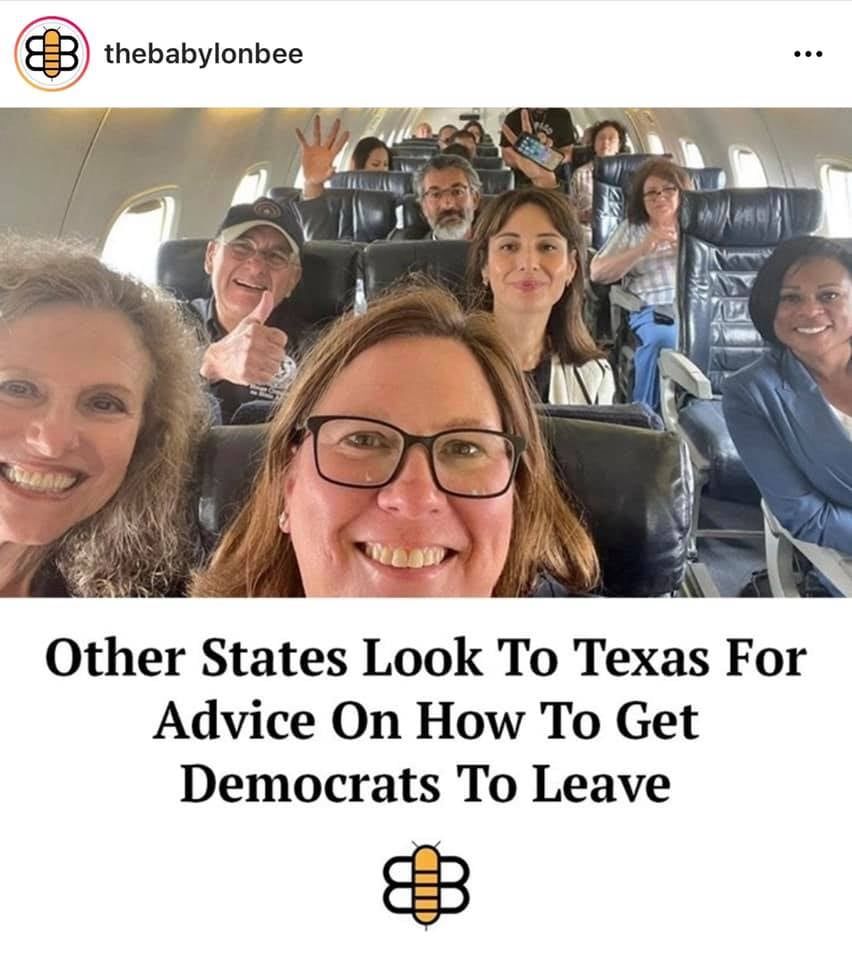 Proposing sensible laws seems to have done the trick here.