'The Wheels Are Coming Off.' Deeper Cuts to Austin Police Are on the Way in Mayor Adler's 'Reimagining'

The Austin Police Department is in a state of crisis. More cuts to specialized APD units are coming this year, thanks to the “reimagining” of police led by Mayor Steve Adler and Councilmember Greg Casar. Travis County, meanwhile, steps up targeting police officers for prosecution.

According to an internal document provided to PJ Media, several units face deep cuts or outright elimination by summer’s end. The Sex Offender Apprehension and Registration (SOAR) unit is losing its officer positions, according to the APD document. Local Fox 7 TV has previously reported some of the cuts.

PJ Media’s source, who wishes to remain off the record, said: “As more units are cut, work conditions for those who stay will continue to deteriorate, causing more folks to leave, causing more units to be cut, and so on. It is basically a death spiral.”

This appears to be the case. Crime is sharply increasing in Austin, with 31 homicides in the city so far in 2021, far outpacing recent years. In 2019, Austin had 14 homicides by the end of June, and in 2020, that number had increased to 23. PJ Media has previously reported exclusively on the cuts that were set to hit in early 2021, which included the elimination of whole APD units and sharp reductions in district representative officers, who engage in community policing. Community policing was an initiative pushed by the left during the 1990s to improve policing. Now, the left-dominated Austin city council is all but abandoning community policing.

At the same time, APD is also suffering a sharp increase in officer resignations and retirements thanks directly to the city council’s “reimagining” of police work, which began with the council’s vote to defund APD by about $140 to $150 million in August 2020.

If current trends hold, APD could lose about 10% of its police officers this year. It was shorthanded entering 2020. Its last two cadet classes were canceled, and the city council has voted to resume cadet classes on June 7.

According to the document outlining the cuts, 10% of APD detectives will be reassigned to patrol. Notably, these will be detectives who have recently earned promotion. They will have earned promotion, only to be kept in or returned to their previous duties thanks to the deep and widespread cuts Mayor Adler spearheaded. This can be expected to decrease officer morale significantly.

The cuts are coming in two phases. The first, which includes the elimination of the DWI and auto theft units, takes place June 6.

The second phase is set to happen on August 1. The document indicates that the August cuts are ghastly. Many units across the entire department are sustaining significant cuts or going away. 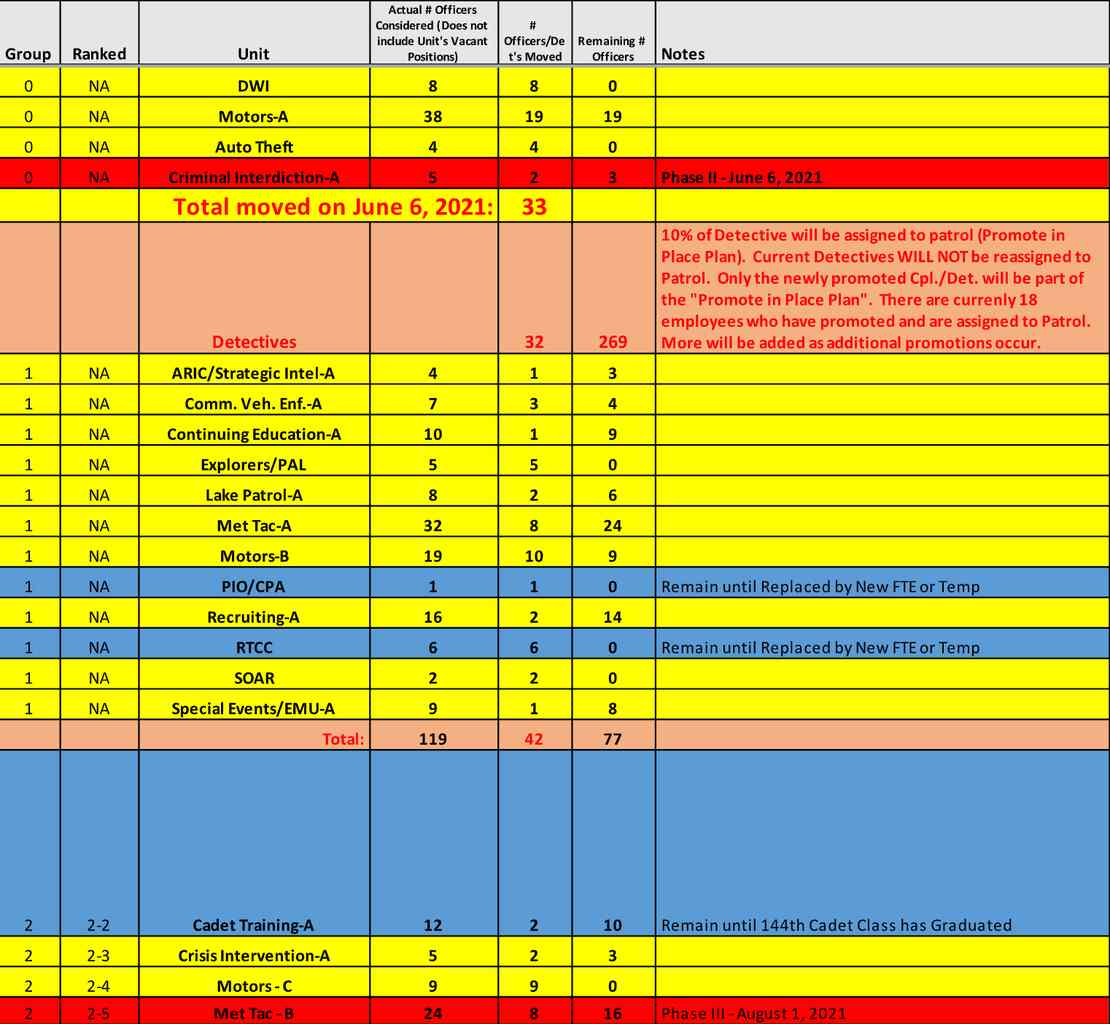 Interim APD Chief Joseph Chacon alerted department staff to the impending cuts in an email, and noted that they may create financial and other issues for officers.

“I want you to know that we are aware these changes affect each of you in different ways, and we want to provide support and resources during the transition period,” Chacon says in the email. “If this staffing reallocation impacts you directly and you have extenuating circumstances, our hardship process is an option available to you.”

One of those hardships may come in the form of indictment and prosecution by the Travis County district attorney’s office. After winning election in 2020, District Attorney Jose Garza appointed leftist activist Trudy Strassburger as his #2. Strassburger recently emailed the following, seeking to fill a position that will specifically target police officers for prosecution. 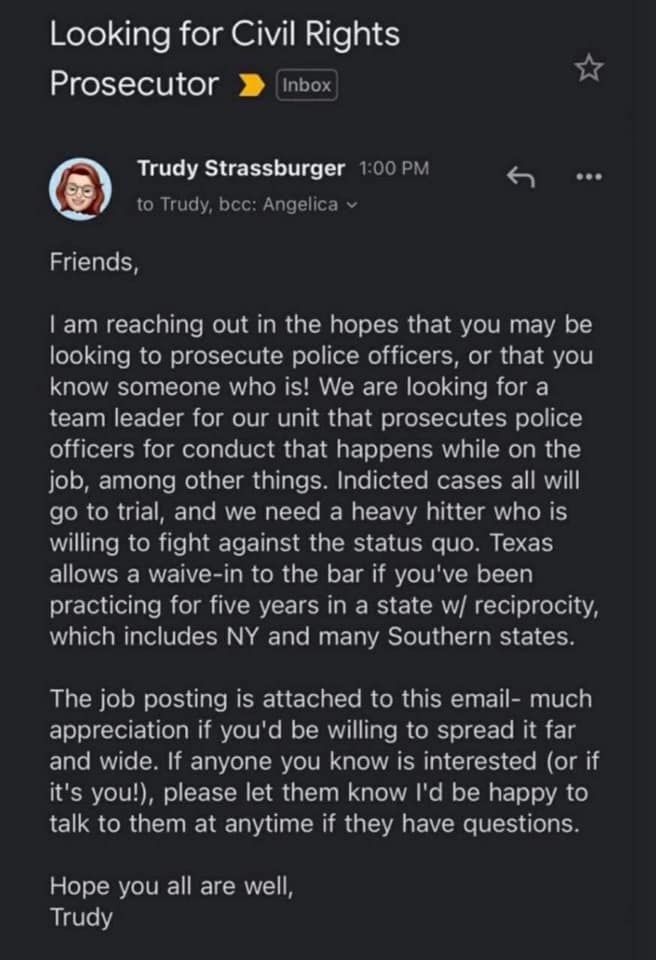 The Justice Collaborative is a left-of-center litigation group that files lawsuits on a range of policy issues, including to challenge federal detention of illegal immigrants on the U.S.-Mexico border, to mandate a union-rate “living wage,” to secure government-supplied housing, to obtain free public transportation, and to ensure “a government job to every person who wants one.” [1] It is a project of the Tides Center, a fiscal sponsorship provider affiliated with the Tides Nexus of liberal grantmaking and incubation groups based in San Francisco, California. [2] 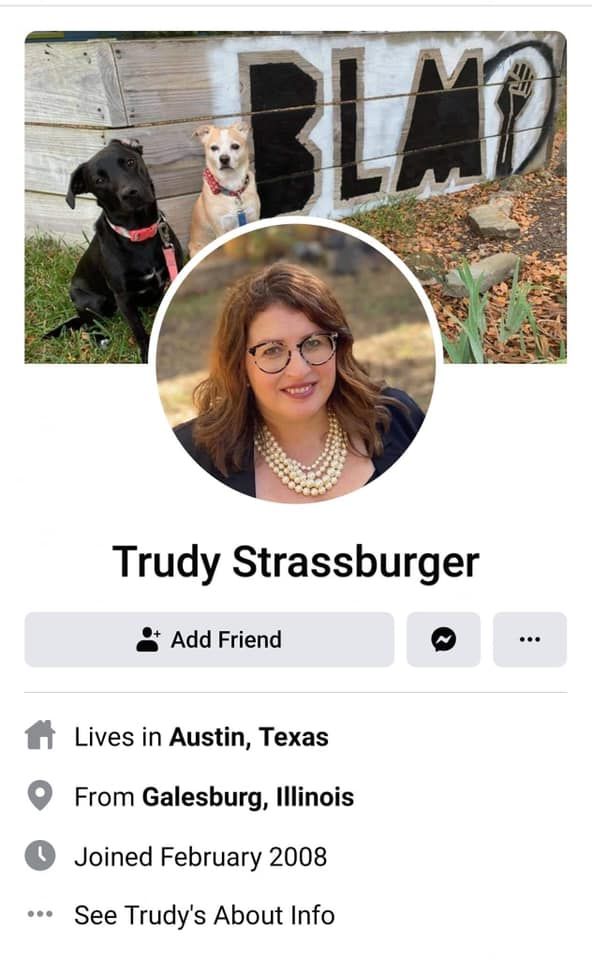 Austin police officers face rising crime, a city council the majority of which remains deeply hostile to them, and a district attorney’s office bent on destroying public safety.

“The previous council was advised of these issues when the defunding conversation began. Now those warnings have turned into today’s reality. I hope the council of today can join me and act swiftly to begin refunding of APD so we can start hiring more officers immediately.

“Even with the class we just approved, it won’t stop the current rate of loss that is projected.”