The Democrats' D.C. Statehood Bill Is More Than a Power Grab. It Stealthily Cancels a Major Historical Figure

As my colleague Matt Margolis reports, the Democrats in the U.S. House of Representatives have voted in lockstep to make Washington, D.C., the 51st state.

The bill is blatantly unconstitutional and stands very little if any chance of passing the Senate. The Democrats want the 51st state, sure enough, for the power it would grant them forever but they also want its failure to become yet another means of racially dividing the country. It’s more performance art in lieu of governance. As the Democrats prove themselves incapable of the former at every level from the border to New York and everywhere across the continent, the performance art takes center stage. It’s all that bankrupt extremist party has. 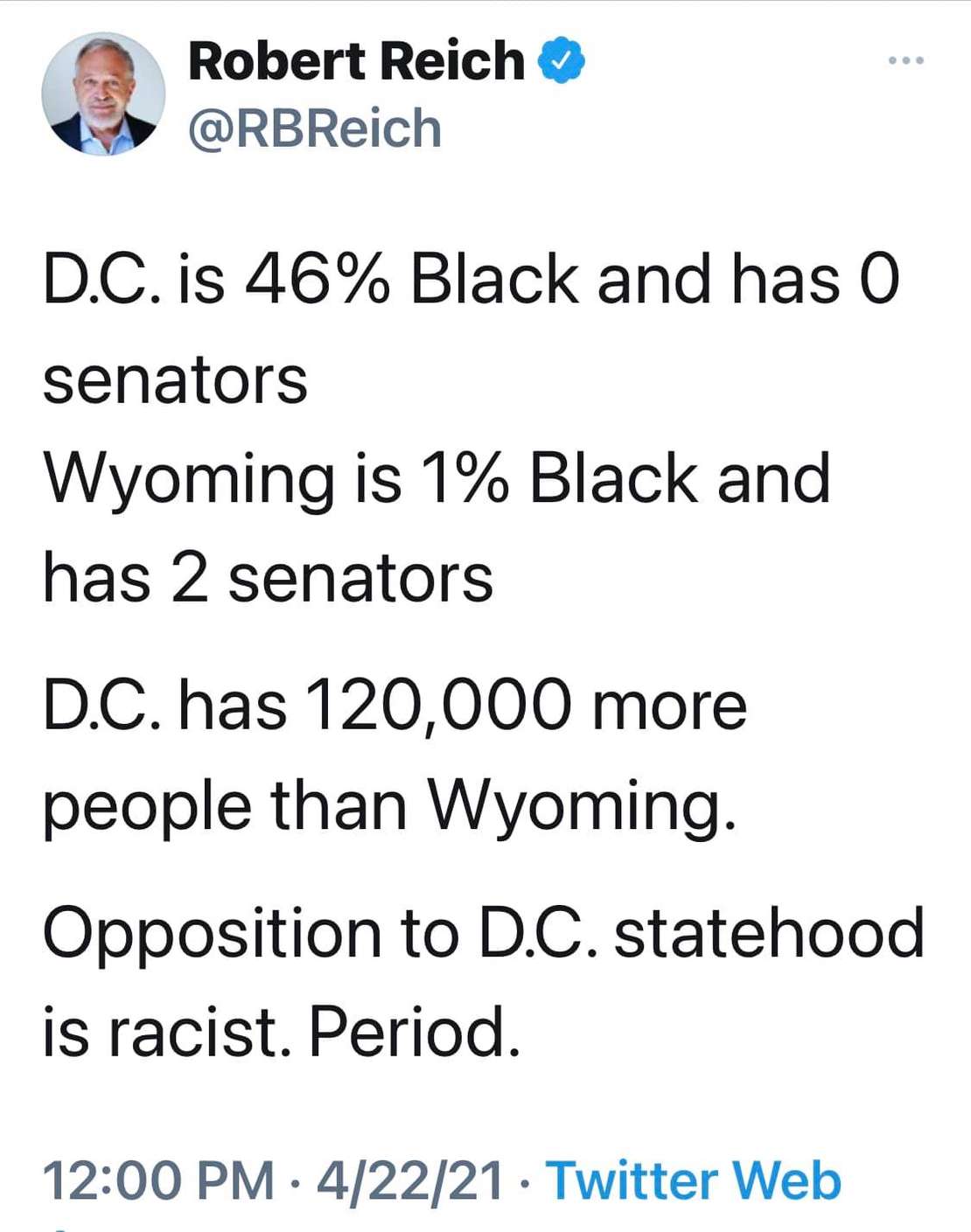 Reich has to have his reich, no matter how he gets it.

The District of Columbia was never intended to have senators because it isn’t supposed to be a state. That’s in the Constitution, which Reich surely knows but fails to inform his followers.

HR 51 is a stealthy piece of work. Here’s the text from the very top of the bill:

In addition to creating a 51st state precisely where the Constitution says there can’t be one, it changes the name from Washington, District of Columbia to State of Washington, Douglass Commonwealth.

See what they did there?

The Democratic Party voted to cancel the reference to Christopher Columbus in the name of the new state it’s trying to create, where the Constitution says they can’t create one.

For some reason, the Democrats aren’t crowing about canceling Columbus. They probably hoped it would go unnoticed.

“Douglass” is a reference to 19th-century anti-slave champion Frederick Douglass. The escaped slave and black Republican certainly deserves great honor. He brought courage and Christian moral fire to the abolitionist cause, the cause on which the Republican Party was founded. Democrats might cancel him once they learn what he said about the Constitution and the American founders they denounce as racist. Click on that link and look up the fifth mention of the word “glorious.”

The Democrats will get around to canceling Washington, too, when they think they can slip it past Americans.