Glenn Reynolds writes, “Another cheesy yet iconic ’60S TV show is out on DVD — now it’s The Time Tunnel. Though they’ve brought it out in two parts“.

That sounds like fun–I also tripped over this yesterday in Amazon, which I suspect the sci-fi geek in your life would appreciate even more: the deluxe edition of the new remastered DVD of Forbidden Planet, in an embossed metal case, complete with the second (infinitely cheesier) movie that Robby the Robot starred in immediately afterwards, scads of other bonus features, and a die-cast miniature of Robby himself. 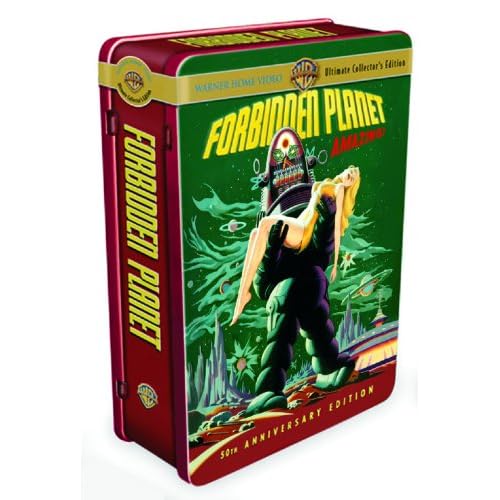