A Racist's Name Is on a Senate Office Building. Here's Why BLM Won't Want to Change It

Why is a Senate office building named for a racist?

While the secular Taliban of the Left has been busily destroying statues like they’re ISIS in Palmyra, scrubbing American history and reducing Founders, such as Declaration of Independence authors, to racist caricatures, they’ve missed one big, glaring target: the Russell Senate Office building.

But there’s big reason why groups such as antifa, Black Lives Matter, and other professional protesters probably don’t want to touch the issue.

The building, previously known as the Old Senate Office Building, was renamed for Georgia’s Senator Richard Russell, a Democrat, in 1972. 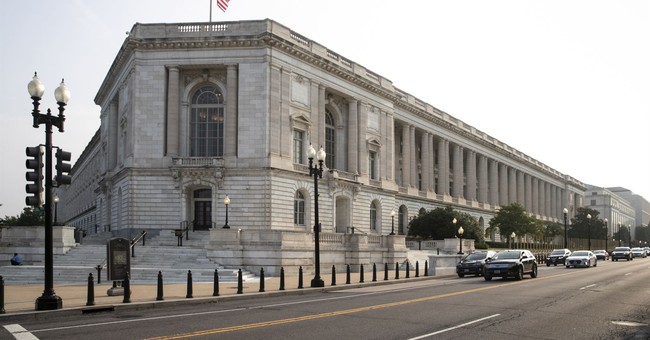 The man, known as a “senator’s senator,” served in the U.S. Senate for almost 40 years, from 1932 until shortly before he died in 1971. He chaired the Senate Armed Services Committee and the Appropriations Committee and served as president pro tempore.

A statue of Senator Russell stands in the Russell Building rotunda.

Sen. Richard Russell, who the Russell Senate Office Building was named after, was dubbed a "senators' senator."

But he was a staunch segregationist.

Today, 36 senators and five committees have their offices in the Russell Building.

Senator Russell, a Democrat, Was an Avowed Racist

The Georgia Democrat was an unalloyed segregationist and co-wrote a pamphlet with fellow Democrat Senator Strom Thurmond, called, “The Southern Manifesto,” a racist answer to the 1954 Brown v. Board of Education decision ordering school integration.

The manifesto, formally titled the “Declaration of Constitutional Principles,” sought to counter the 1954 U.S. Supreme Court ruling in Brown v. Board of Education. The court had found that separate school facilities for black and white children were inherently unequal and therefore constitutionally impermissible.

The U.S. Senate website says Russell was a proponent of a strong military and frank about the senator’s racism.

As the leader of the Senate’s Southern Caucus, Russell often used his parliamentary skills to oppose civil rights legislation, including bills to ban lynching and to abolish the poll tax. In 1956 he co-authored the “Southern Manifesto” to oppose racial desegregation, and he led southern senators in their opposition to the Civil Rights Act of 1964. Respect for Russell’s legislative skills, even among his opponents, led to the Russell Senate Office Building being named in his honor in 1972. [emphasis added]

We revile these beliefs now, notwithstanding African American support of segregation on college campuses for graduations and dormitories.

Hiram Revels was the first black U.S. senator. He was an educated free man and pastor. He was once jailed for preaching the Gospel to slaves. Revels hailed from Mississippi and served in the Senate for only one year, when he was enticed away to become the chancellor of Alcorn University. 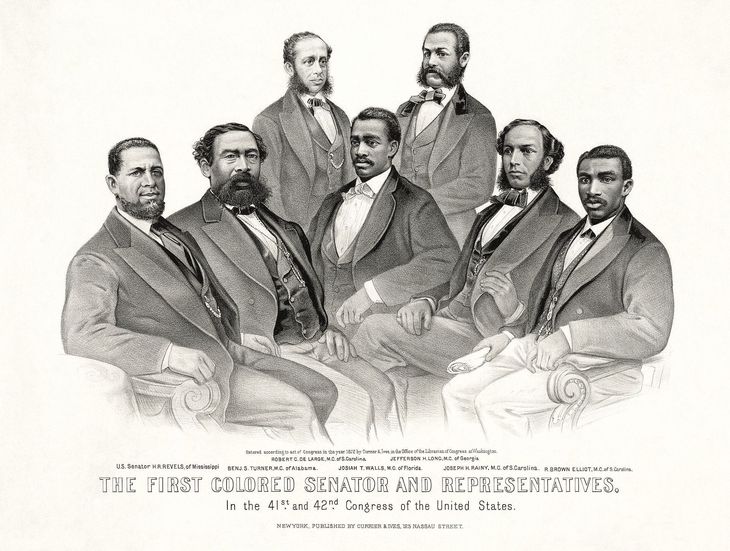 But there’s a perfectly understandable reason why the far-left activists in the professional protester class won’t want to rename the building for Revels.

You guessed it. He was a Republican, as were the first post-Reconstruction black congressional representatives.

Above all, Black Lives Matter is about Leftist politics. Would a group that has shown such disdain for history and a penchant for tearing things down instead of building things up ever support renaming a government building for a Republican – even if he was the first black person to serve in the Senate?

The idea to rename the building for Revels has been discussed by radio talk show host Chris Plante and on the pages of several publications, including “The Christian Post,” whose writer, Nina May, wrote in 2018:

So, if the Republicans even had a clue as to what their history is all about, and that the party was founded specifically to abolish slavery, they would put a bill on the floor, asking that the white supremacist, racist, elitist Richard Russell, have his name removed from the RSOB and rename it the Hiram Revels Senate Office Building.

And if the democrats oppose it … can we assume they are racists?

She also suggested that if Leftists insist on tearing down statues, then at least replace them with abolitionists and Republicans such as Charles Sumner.

Charles Sumner was the founder of the Republican party and was almost killed when a Democrat congressman, Preston Brooks, crossed the Capitol and approached Sumner, caning him, almost to death, because he was giving a speech in support of abolition.

It took three years for him to recover and when he went back to the Senate, the first thing he did was introduce another bill … to abolish slavery. Oh to see that kind of courage in Republican politicians today.

It would actually be more historically accurate if all these confederate statues were taken down and were replaced by statues of men and women like Charles Sumner, Thaddeus Stevens, Elizabeth Cady Stanton, Lucretia Mott, Charles Finney, William Lloyd Garrison, and editor, Elijah Lovejoy who was murdered for his abolitionist views.

Renaming the Senate office building has been entertained before. When John McCain died there was a momentary spasm of support, but naming the building for the first black senator sure has a more authentic ring to it, no?

Seattle’s Antifastan Is Getting Fortification and Decorations – at Taxpayer Expense

The Pandora’s Box of Taking Down Confederate Monuments