How Progressive Was Hollywood in 2014?

It has become cliché for conservatives to lament the progressive politics of the writers, directors and actors in Hollywood. Whenever a major star “comes out” as a conservative — Clint Eastwood or James Woods, for example — the right latches on to them and hangs on their every politically relevant word.

But Hollywood is a multi-billion dollar a year industry.  Box office receipts in the U.S. alone were over $9 billion in 2014. Their goal is to produce films that audiences want to see again and again, not necessarily films that adhere to their progressive worldview.  So what kind of movies did famously progressive Hollywood produce that were successful in 2014?

To answer that question I analyzed every movie that made more than $100,000,000 domestically during the year, a total of 29 films. The U.S. box office receipts of these movies totaled over $5.2 billion, or well over half the total revenue generated by the 682 movies released in 2014 and tracked by boxofficemojo.com.

The first thing that struck me about this list is that the top 4 movies, with over $1.1 billion in revenue, were dominated by conservative or libertarian themes. In Guardians of the Galaxy, the highest grossing movie of the year, the villain is a political and religious fanatic hellbent on the annihilation of those who don’t share his views (ISIS anyone?). The government is largely ineffectual and relies on the Guardians to save their society. And while this society is never identified on the political spectrum, they appear to be prosperous so we can assume they are not socialist.

The latest installment in The Hunger Games franchise comes in at #2 and is wrought with overtly conservative or libertarian messages. Earlier this year a columnist at The Guardian suddenly woke up to the fact that young adult dystopias like The Hunger Games or Divergent (#18 on the list) were teaching our children to “submit to the free market.” The horror.

Moving down the list, Captain America also sounded libertarian themes, and Mollie Hemingway believes The LEGO Movie at #4 is “the most subversive pro-liberty film ever.”

It’s not until the fifth film on the list, Transformers: Age of Extinction, where we find the first evidence of the famed progressive Hollywood sensibility.  In order to tap into the Chinese market, the filmmakers worked hand-in-glove with the Chinese government in order to make a film that would please the censors. This work appears to have paid off for the studio: the movie made far more money worldwide than any other film this year, accounting for 77% of its total gross.

Movies 8 through 11 all sound liberal themes, with Dawn of the Planet of the Apes being the most overt. The director of the Godzilla remake described his film as a cautionary tale about climate change, although it is hard to tease this meaning out of the finished film.

There were two religiously-themed big budget movies released in 2014.  Only one made over $100 million: Darren Aronofksy’s Noah at #27. The other Biblical epic, Exodus: Gods and Kings, has made just $50 million since its mid-December release.  These two films perhaps best represent the secular progressive ideology of Hollywood.

Since the stunning success of Mel Gibson’s The Passion of the Christ – a Biblical story faithfully told – Hollywood has made a few furtive attempts to tap into this market.  And it would be reasonable to assume that had either of these films treated their subject matter with more respect it would have been handsomely rewarded at the box office.  But they both managed to alienate, in one way or another, their core audience – the faithful.

Noah on screen bears little resemblance to the story in Genesis. In fact the movie “is the Book of Genesis after a page one rewrite.” Christian Bale, the star of Exodus, offered his perspective of Moses, saying, “I think the man was likely schizophrenic and was one of the most barbaric individuals that I ever read about in my life.” If you’re trying to persuade the religious to buy a $10 ticket to your movie, this is perhaps not the best way to go.

Many of the other films on the list are notable in that they offer little or no political judgments. From Interstellar to The Hobbit to Gone Girl, they are simply good stories artfully told. You’ll see an occasional bone thrown to the left, such as the portrayal of John F. Kennedy as a mutant in X-Men: Days of Future Past (“presumably with the ability to seduce the ladies”) but in general the stories are apolitical.

The danger inherent in this type of analysis is the inability to prove the notion that some type of political motivation drove people to see The Hunger Games, for example, in far greater numbers than Noah.  A movie rarely succeeds for such a singular reason.  It’s much easier to assert that a portion of the religious population – which is impossible to quantify – rejected Noah because of its treatment of the Bible as they’ve widely rejected films in the past for their overt progressive themes.

American people haven’t singularly embraced conservative or libertarian movies either. Moviegoers this year widely rejected the third installment of the Atlas Shrugged trilogy, which failed to gross $1 million. There were likely many reasons for this that have nothing to do with ideology – I chose not to see it because each of the three films features a completely new cast. Name another successful film franchise that has done that. I can’t.

Fans of TV series like Entourage or Episodes have become accustomed to seeing movie and television executives portrayed as hypocrites or liars – or both.  There may be some of that at work here, and the hacked Sony emails certainly lend some credence to that argument, but in the final analysis I think Hollywood is above all a business. They will produce something that sells even if they don’t agree politically with the themes and messages of that product.

The old joke about Roger Ailes and Fox News is that he tapped into a niche market: 50% of the American public. Based on the box office numbers for 2014, it certainly appears that famously progressive Hollywood has learned that same lesson.  A vast majority of the writers, directors and stars may call the far left edge of the political spectrum home, but their most successful movies, at least of 2014, don’t. 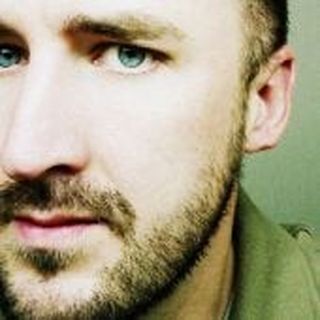