How to Compete With Amazon -- if you really want to

Whining is not fighting, and complaining is not competing. You want to be a contender? Put your gloves on and fight.

So, Amazon.  We’re now supposed to have a mini hate in or something, right.

What I – Sarah, by the way, nice to meet you – would like to know is why?  Why has hating Amazon become the cool or chic thing to do?  Why is Amazon the villain?

Oh, never mind me, I understand it from the other side – that is the side of the traditional publishers, the distributors, the people who were used to controlling who got to see what on the shelves, the people who before Amazon’s ascendance, could make or break a book, sight unseen, and make sure that either no one ever found it, or it was a mega success (at least on paper).

I understand why they’re upset at Amazon.  Why they’re screaming that everyone must now destroy the monster.  But why?

I am not implying Amazon is perfect.  As I cued my stuff for various promotions today I was reminded again of Amazon’s extremely stupid requirement that you give them exclusive rights in order to do a give away or sale.

Stupid, you say?  But it’s the stuff of evil geniuses!  They get exclusivity on the book!

Stupid I said, and stupid I meant.  See, yeah, they get exclusivity on the book – but none of the big names are availing themselves of this – so the exclusivity they get is at best with us, midlisters.  Look, guys, I have a head as big as the next writer, but I think the only people who REMEMBER my book for three months are people who sleep with me. And there’s only one of those.  I don’t mean I write unmemorable books, I mean that with the spoiling for choice we get, the only people who remember I had a book release, three months later, are people who really, really, really like me.

So, let’s see how Amazon’s exclusive-to-promote policy shoots itself in the foot.  Let’s say I’m a compulsive reader (I am) and download Pretty Darn Good Writer’s book when it’s free.  I download it, and get around to read it in a month or so, when it’s no longer free.  To my shock, it rocks my world.  So I go to my Reader Friend (I have a few!) and say “you must, must, must read this.”  Reader Friend says, “Oh, okay.  But I have a nook.”  She goes and searches it on B & N and the book isn’t there – of course, since it’s still in the three month exclusivity period.

By the time the book comes out of that and goes on B & N Reader friend has forgotten all about it.  Which means that Barnes and Noble lost a sale, you say, and no skin off Amazon’s nose?

This is as stupid a line of thought as the old traditional publishers’ idea that people choose books by publisher, instead of by author, plot or title.

See, Reader friend has twenty other friends to whom she would have recommended the book.  But she can’t do it because she never read it.  And I guarantee 18 of those friends would be on kindle.

So, in the long run the exclusivity policy – I don’t think even with my moderate name anyone is going to change reading platforms for me – hurts Amazon, as well as being an unholy annoyance.

The same with pricing.  I don’t actually object to having a $2.99 floor for novels.  All my indie friends whom I yelled at and said “you can sell it for $2 more and you’ll be fine, know I think the natural price is more like $4.99.  But to put that floor (via pricing incentives) under short stories is not the best thing in the world in the current economy.

And this is why Amazon needs competition, you say.

Yes, yes, they do.  And I have been working (in my copious spare time) on a four part series on how to compete with Amazon – at least on ebooks, which isn’t even the core of Amazon’s business.

You see, I work across five ebook platforms and what I’m here to tell you is that none of them are serious competition.  I only get about 10% of the income I get from Amazon from any of these places.  And that’s on a good month.

But the thing is I know why.  I also know why, with the best will in the world, I end up putting only 1/10th of my books in other platforms.  And it’s not Amazon’s fault.  It’s the other houses’.

A forceful breakup of Amazon will do nothing to help these houses, because they are too stupid to help themselves.  I will expand on this in the articles, I promise, and if I weren’t up to my neck in work (as are my friends – and my husband) who can program I’d give it a crack myself.  BUT for now, I’ll give some areas in which the other ebook sellers drive me nuts:

1-      Stop treating me like an amateur.  I have almost 20 years experience as a published author.  If you send me congratulations whenever I sell a copy of a book on your site and talk about the wonderful occasion and how it will change my life, I’ll get testy.  It’s not that we can’t be friends anymore, but I get a feeling you think I’m less than five.  Treat me like a professional, please.

2-      While you’re treating me like a professional, realize my time (particularly for us hybrid authors) is limited.  STOP telling me that I got error 342 and I should check your manual to see what I’m doing wrong.  Either have a clickable explanation or – here’s an idea – have your site so that when I upload an ebook format that works everywhere else, it doesn’t gag on imaginary code.  I really don’t have the whole day to spend uploading a short story into your site.  And uploading novels is a tortuous process that I gave up on after the first.

3-      Make sure your platform is intuitive and self explanatory.  This breaks my heart with the site that comes second to Amazon in making me money.  Their platform for uploading books is SO visually oriented, it takes me an hour and help from younger son to find out where to upload.  Make it obvious and easy to return to.

4-      One more thing – make sure your reports of sales and payment makes sense.  Do not change the report six months later, and pay me for some sale I didn’t know about.  I need to know things like how my promotions did.

So, that’s for attracting writers.  What about readers?

5-      Give up on exclusivity.  Yes, I know.  You want me to read from you only.  Tough.  I’m not giving up my kindle library.  Make it possible for me to beam a kindle-format book to my kindle, and you got me.

6-      If you want to have your proprietary reader, same thing applies.  Make sure I can read my Amazon books on your system.  I refuse to keep two separate libraries, and I’m not alone.

There is more, and a lot more detail.  As I said, I’m working on it in my copious spare time.  But this should be enough to get started.

Amazon is not evil.  (My friend Cedar Sanderson explains the thing with Hatchette here. And my friend Dave Freer explains it here.) BUT it needs competition.  The thing is to compete with Amazon the competitor must give up on being the “anti-amazon.”  That gets you anti-sales.  You should instead steal what works and improve on what doesn’t.  And then maybe you’ll have a fighting chance.

(Special Note: Sarah’s books, and Cedar’s book, this time are on special. Which is why it’s a special note. Isn’t that special?)

TITLE
By Sarah A. Hoyt

From Elizabethan England to the Far Future, discover who really was Shakespeare and why Marlowe was called The Muses Darling. Discover the horrifying secret that Leonardo DaVinci found beneath a cave in his home village. In the far future, find a new way to keep Traveling, Traveling. Use cold sleep to find your love again, and join the (high tech) Magical Legion.

Heart’s Fire
By Sarah A. Hoyt

When a priceless magical jewel is stolen, Ausenda, who has no magical power, has to track it down before the thief uses the jewel for some unspeakable crime.

The Eternity Symbiote
By Cedar Sanderson

On Sale for the month of June!

Earth sits at the center of a galactic power struggle humanity knows nothing about. Then an alien delegation suffers a fatal accident and hidden plans unravel around the wreckage in the Alaskan wilderness. Infectious disease expert Gabrielle McGregor discovers the hidden machinations and what they’ll mean for her and her family.

A humorous peek inside one girl’s dream to guide her team to the winner’s podium, Finishing Kick takes an inspirational look into girls cross country. Callie finds herself holding the keys to the nuthouse when she agrees to be team captain of the cross country squad. She cares so much and tries so hard, you can’t help but cheer her on as Callie and her team challenges powerhouse Fairchild Academy. 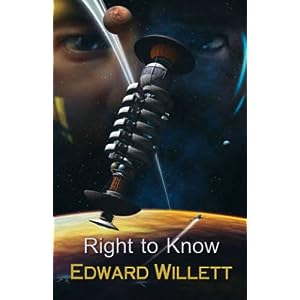 Right to Know
By Edward Willett

A fast-paced space opera about first contact – with a difference. When Art Stoddard, civilian information officer of the generation ship Mayflower II, is kidnapped by a secret military organization determined to overthrow the power of Captain and crew, he becomes embroiled in a conflict that tests everything he thought he knew. Now, he is forced to choose between preserving social order and restoring the people’s right to know. But what if knowledge is the most dangerous thing of all?

Sindri Modulf has been tested many times throughout his long life, but for every feat he has faced, he has artfully dodged countless more with easy humour and a deadly axe. Those well-honed abilities will prove useless when he is faced with one of the greatest challenges of his life; he must bring back a grief-stricken Seer from the edge of catatonia. Unwilling to let the mind of the most powerful woman in 1000 years be ravaged by Empaths and Telepaths, Sindri does something he hasn’t done for centuries: bare his soul.