From From Butch to Beautiful: Ex-Feminists Show Off Their Transformations

You’ve all seen the memes about what meth does to people, with the before and after shots, right? A very similar meme shows women before and after feminism got hold of them in college. From shaved heads to pierced faces, the once cheerful and feminine demeanors are replaced by snarling, masculine, and overweight visages that would scare any child in the dark. Modern feminism is a cancer and its effects on the body and mind appear to be terminal. (Language warning on NSFW video)

It’s terribly tragic that to be accepted as a feminist a woman must destroy her beauty, with each one trying to outdo the other on how unattractive they can be. As if, somehow, rejecting feminine beauty and making oneself as ugly as possible balances the scales with men.

Recently on Twitter, a group of women who did recover from third-wave feminism and it’s catastrophic effects on the mind and body posted before and after photos. These women found faith in God, turned themselves around, and became ex-feminists. These transformations should give hope to the families of those victimized by radical feminist ideology in colleges everywhere.

Seeing one of those before & after feminism photo threads circulate again.

Let’s do the reverse! Respond with rediscovering femininity glow-ups

Same but in reverse 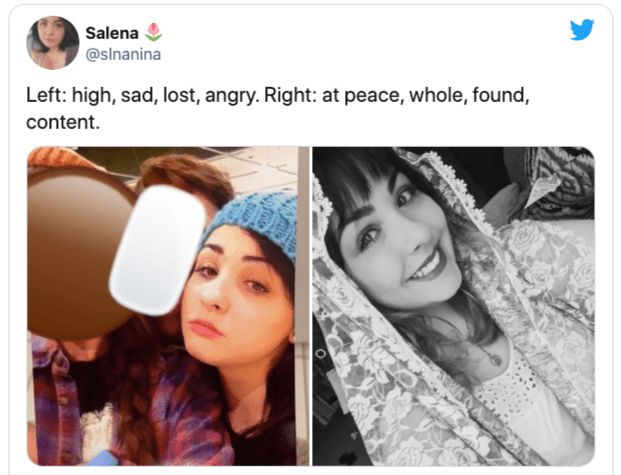 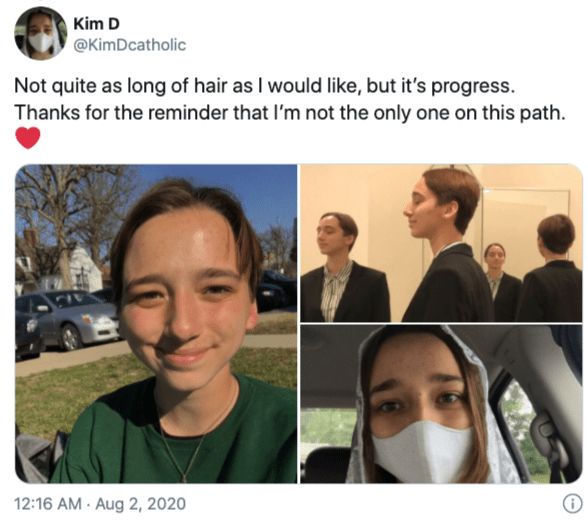 A lot can change in 3 years 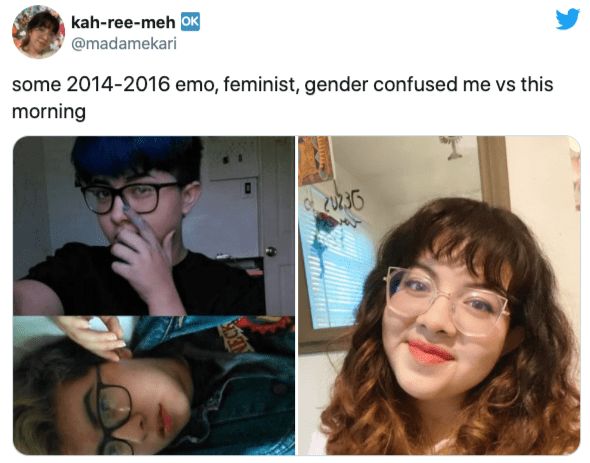 It’s amazing how much happier these women look after returning to their feminine reality. Being female is a gift. Rejection of reality will always lead to confusion and suffering. Contrary to the anti-religious left’s claim that religion is oppressive, these women found happiness and reconnected with their purpose in the Catholic faith. PJ Media reached out to @madamekari to ask her about her transformation.

“I was 14 years old when I was first introduced into the LGBT ideology, and because of my friends’ influence, I was led to believe that because of my attraction, I was meant to settle for a lifestyle that promised me love and freedom but only made me unhappy and dissatisfied with who I was,” she said. “After years of believing this, waving colorful flags and aggressively confronting people on the internet who would say they disagreed with me, I came to a retreat based on interior healing and I found hope and a new reason to live.”

She continued, “I realized that my attractions did not define me and that I was free, not by the way I presented myself to others, but because God had set me free with his sacrifice on the cross. I now live striving for virtue, fighting the good fight, seeking to glorify God in my womanhood, even in my weaknesses, always relying on His Mercy.”

Congratulations to these women for bucking what’s popular and accepting what is true.