The 10 Most Amazing Women of Heavy Metal

Today’s female metal rocker is not your ’80s Lita Ford. Modern metal women are classically trained opera singers whose wide-ranging, breathtaking vocals embody heavy metal with an extraordinary resonance that soars up and down the scales with beautiful dramatic coloratura, demonstrating the musical capability of the human body that indeed defies gravity.

This musical style is called symphonic rock. These women perform heavy metal as epic opera recitatives. They sing each piece in aria fashion, their bands open with overtures, and background singers perform in traditional operatic chorus. The new metal woman is Puccini-meets-Metallica on the set of Game of Thrones.

This is grand opera.

Ranking these women is difficult, because all are extremely gifted with gorgeous vocals. Some of the women are lyric soprano (the highest operatic range, capable of soaring beyond the high C to D, E and F ranges), while others are mezzo soprano (able to sing in the high C range and lower alto actives) and dramatic soprano (the most powerful operatic vocal with the widest range: mezzo through lyric).

No matter the vocal range, these women are listed according to classical music standards, each able to sing every operatic level, proving they are heavy metal at its best.

One of the newest symphonic rock voices out there, the Finnish lyric soprano’s vocals are a combination of opera, jazz, and rock. Katra performs songs in her native Finnish as well as English. The bright vocals deliver a jazzier pop metal that appeals to music lovers of all genres. With her live performance of “Vaaratar,” sung in Finnish, and “One Wish Away,” sung in English, I believe this newest edition to the modern metal sound has much to offer those not quite ready for the heavier Wagner-esque sounds of symphonic rock.

The lyric soprano combines opera, rock, and pop. This compilation also introduces listeners to the lighter side of heavy metal. Here, with her live Christmas Metal Symphony performance, Wessels gives metal fans both the heavy and light.

The Swedish lyric soprano’s vocals make heavy metal sound angelic as her vocals flow like clean crisp air on a winter day: high, light, lilting. Olzon’s solo album is enjoyable on every level for both heavy metal and classical fans: “Like A Snow Inside My Head”  and “Lies.”

The Dutch lyric soprano’s vocals are lilting and beautiful. Ophius’s musical sound has a more gothic metal blended with rock and pop: “Angel in The Dark.” Ophius’s background vocals, like many symphonic rock bands, have the aggressive “La Fortuna” beat and chant, while Manda’s vocals drive home her high-pitched, lyric-soprano head voice heard in “Release Me.”

Mezzo soprano powerhouse vocals are truly modern Wagner. Get ready to rock the opera! Simmons’ high, middle, and low octaves merge and blend wildly with a “La Fortuna” style chorus that grips the music with power and beauty: “Phantom of Agony” and “Every time It Rains.”

Gimenez’ wide-ranging, powerful soprano vocals bring heavy metal to new life in “Enemy of Reality.”  But Gimenez is able to take her heavy Wagner vocals to the lilting side of metal, as she does with her performance of Sarah Brightman’s “Fluers Du Mal.” I have difficulty choosing a favorite vocalist here — both women sing the piece beautifully.

The bright dramatic soprano’s wide octave range scales every bridge easily, from lows to extreme highs, as heard in this compilation of her songs. Her vocals, like Brightman, Turunen, and Jansen, are full-scale grand opera. Check out this live performance of “Stardust.”

This mezzo soprano is capable of soaring the lyric soprano range, giving every song dramatic breadth. What I love about Floor is she performs metal songs like “After Forever” and then breaks into a traditional performance of Puccini’s “O Mio Babbino Caro,” giving rock audiences the full metal corset.

The bright lyric soprano started symphonic rock with her role as Phantom of the Opera’s Christine (now a symphonic rock anthem performed by all symphonic rock women). Brightman is one of the most unique crossover artists, infusing all operatic arias, including those written for tenors, with rock and classical pieces. Her light-to-powerful vocals transformed the opera world, opening it to those who never considered Puccini or Mozart until they heard Brightman — the reason she is number 2.

One of the best examples is Brightman’s 1995 infusion of the 19th century opera “La Wally” with “Question of Honor,” the theme song to the championship boxing match between Henry Maske and Graciano Rocchigiani in Germany.

“Fluers Du Mal” is Brightman at her best: schizophrenic Wagner rhythms, reeling back-and-forth from manic rock to calming symphony, and that “La Fortuna” chorus chanting as Brightman’s vocals wing back and forth from high “C” scream to lilting lullaby.

This bright lyric soprano has breathtaking vocals that soar from a lilting angelic quality into a booming dramatic vibrancy that carries a full vibrato and turns heavy metal into a glorious work of art and sound. Tarja has the amazing ability of bending any song into grand opera, demonstrated with the classic ballad “Over The Hills and Far Away” performed as grand opera.

Today’s metal women have transformed metal into grand opera through the beautiful vocal timbres and textures of their amazing 3-4 octave vocal ranges that cross each interval breathlessly. Every song comes alive with the use of operatic word painting and the blending of classical rhythms and dynamics with heavy metal, creating the sound called symphonic rock. 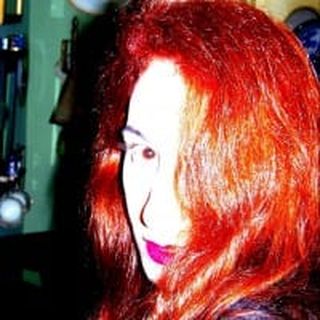 The General Patton-meets-Cruella de Vil of the internet. A Fire-Breathing Conservative Writer, Blogger, Talk Radio, YouTube and Eccentric New Englander (yes, it really is in the water and I drink it!) who still uses pen, paper, and postal stamps. The pets run the house.  Follow on Twitter: @lisarichards124
Read more by Lisa Richards
SHOW COMMENTS