The 10 Most Ridiculous Marriages

“True Love takes many forms.” How poetic… and how bizarre when it comes to what some people consider “true love.” Taken to its logical conclusion, love leads to marriage, but what happens when the object of your desire is, in fact, an object?

There is a psychological term for it: object sexuality, in which someone not only feels attracted to an inanimate object, but views the object of their desire as a partner. Apparently, the Eiffel Tower is a popular, pardon the term, object of women’s desires. (But then again, it is tall, slim and French…)

Of course, there’s a difference between falling in love with a thing and marrying – and yet, there are some willing to support an “Anything goes, as long as it’s Love” mentality. Here are some of the most bizarre marriages on record.

Peh! Who needs the Eiffel Tower? Popular, city-thing that it is. Julie Rose apparently goes for the sturdy squat, country-type, which is why she married the Le Pont du Diable Bridge in southern France. The relationship seems a stretch considering the 600-year age gap, but with the blessing of the mayor of the neighboring town, and while the bridge was silent about it, Julie said it’s fine with her loving other men – and bridges.

I suppose a bridge would consent to an open marriage.

Was it her soft heart or the fact that she’ll never gain weight? Either way, Lee Jim-gyu fell for his ‘dakimakura’ – a body pillow printed with the image of anime character Fate Testarossa. Apparently, he wanted to end their seamy relationship by tying the knot. It took a little work to squeeze her into her wedding dress, but fortunately, she has a flexible figure. Daki-Fate can’t have children, but perhaps they’ll adopt some couch pillows from Comic Con.

We won’t speculate on how Lee and Fate conjugated their marriage, but at least this next one isn’t too hard to figure out. Sidore is a RealDoll, made life-sized and anatomically correct, for sex – and lets hold all those jokes to somewhere PG-rated. However, Davecat rescued her from that sordid life and make an honest doll of her when he married her in 2013. Their relationship has been aired on TLC and BBC, as well as in a multitude of online articles. He admits that he wanted her at first for her body, and paid $6000 for it, too, but when he “extracted her from the crate” he just wanted to cuddle.

I wonder if they’ve watched Cherry 2000 on a date night?

It’s quite a love story: Swedish woman falls for Berlin Wall. Drawn to its grandeur, its stoicism, its long, horizontal lines, she ignores the political differences and the language barrier – not that they discussed politics, anyway – and marries it. They live happily for 10 years, dealing with the long-distance marriage and the fact that it never traveled to visit her Linden home. No, she understood its dedication to duty and sense of purpose. Unfortunately, the rest of the world didn’t. The Berlin Wall was torn down in 1989. Despite being widowed all those years, she keeps models of it around and still considers herself married, although she is enjoying an exciting new relationship with a garden fence.

When Nene Anegasaki was programmed for Love Plus, a game called “an extreme dating sim,” she probably wasn’t thinking marriage, but in 2009, she found herself married to a gamer when he brought his DS and a copy of the game to a church in Guam. Presumably, she had the ability, at least to say “I do.” Although one has to wonder if she took vows to eschew all others.

We think we can see what’s in it for him: she’s perfect. He can turn her on with a single touch, he can tell her what to do without her complaining, and if her voice gets on his nerves, there’s volume control. But really, what did she see in him? Or is she trapped in a marriage she didn’t want? Who knows, maybe she’s so busy with other cyber boyfriends, it’s not really an issue.

At least she isn’t sponging off the in-laws while she lives in their basement.

Linda has had a lot of ups and downs in her relationship with Bruce. Perhaps that should be expected when one married a Skydiver, especially when “Skydiver” is the name of the Ferris Wheel she married in 2012. She said that her first sight of Bruce in 1982 had her heart pounding – a condition most of us feel on roller coasters. Of course, they had an on-again-off-again relationship, mainly because Bruce was powered on and off. However, tragedy struck in 1986, when a storm knocked Bruce out of commission. In true soap opera fashion, he was hustled away to Kansas, where he was supposed to be repaired. He spent years unable to communicate while Linda was left unaware of his dire condition. This was not Linda’s first tragic love affair; she lost a train when it and their relationship derailed. However, she stuck to her dedication to Bruce and found him. She’s not nursing him back to his former glory.

Alas, the marriage is not legal: the reason? Both parties must apply for a marriage license in person, and it’s been too hard for Bruce to roll on over to the offices.

Here’s one not to think too much about. Seriously, imagine a blue monkey as you read this. Edward has had sex with over 1000 cars in the past 50 years, plus a quick fling with the chopper from “Airwolfe.” (Let’s hope that wasn’t the “Mile High Club.” Oh, and since he apparently has access to celebrities, I’m surprised KITT car hasn’t been approached for comment. Just what are the tabloids doing these days?) Apparently, he was seduced by the Corvette Stingray at the tender age of 13 and it’s been in and out of affaires de moteur ever since. However, in 2013, he decided to settle down with his lifelong German flame, a Volkswagen Beetle named Vanilla.

And you thought Herbie the Love Bug was just a movie.

Of course, not all strange marriages are human to object.  Read on as…

Six years after a painful divorce, Nadien Schewigert found the perfect mate: herself. After losing 50 pounds and quitting smoking, she decided to celebrate her new self by marrying her new self. Was the wedding song, “Man in the Mirror”?

Puns, sarcasm and innuendo aside, you have to wonder: if this woman is so happy to be independent and single, why did she feel the need to enter into a marriage with herself? Why couldn’t she continue to celebrate her single state just as millions of other happily single people do? Or is it just that she wanted a reason to register a new wardrobe and smoke-free furnishings?  (Oh, sarcasm. Sorry.)

(So Long and Thanks for All the Fish)

Nothing fishy about this marriage, since dolphins are mammals. Londoner Sharon Tendler married a dolphin named Cindy in Israel in 2006. Despite the ocean between them – literally – and the fact that Cindy has a silly name for a boy, even as a dolphin, Sharon contests that it’s pure love. There’s no mention of whether or not a glass was broken, Jewish-style, but considering the groom has flippers and not feet, the chances are low. Herring was exchanged – from her to him, at any rate. As with so many non-official inter-species marriages, this one is open. Despite her protests of undying and committed love, she is still open to a human relationship and wishes Cindy many mates and dolphin babies. But how does one explain this to the kids – er, calves?

We could make necrophilia and Snow White jokes, but this one is actually touching, if morbid. Chadil Yuenying’s fiancé died in a car crash before they were married, and he decided to marry her in a post-mortem ceremony. The real killer (pardon the pun this time) is that they had been dating and talking about marriage for a decade, but put it off so he could “finish his education.” For ten years. Let this be a lesson: If you are truly ready to commit to the person you love, don’t make excuses. Make a plan to make it work and get married. You never know when a tragedy may mean your only chance to marry your beloved is to place a ring on his or her stiff, dead finger. 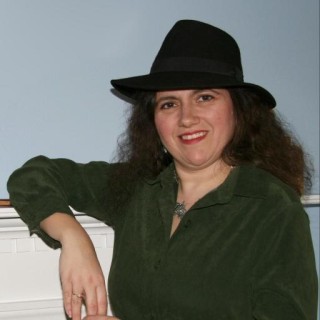