In a time of non-stop bad news coming from every corner of the media during the CCP pandemic, a reminder of the American spirit can encourage us out of the doldrums. That’s exactly what inspired former PJTV contributor Chris Burgard to create the new country song and video, “American Heart.” With the subtitle, “You can’t lock down an American Heart,” the video has caught fire, with more than 20,000 views in the first 48 hours since its release.

With good reason. The song came out of a desire to show that fear had kept America in shackles, and that we have the power to reject it.

I asked Chris how this song came about, and he tells a very cool story. Jon Kahn had let Burgard “borrow” American Heart, having written it and allowed him to record it. He says that the video shoot, which took place on his California horse ranch, met with strong skepticism at first. It took several weeks to put together a shoot, and at first it was just Chris and his guitar. Too many folks he invited declined, citing the virus as a reason to stay inside.

As he began setting up the video and the music, however, folks began to emerge. Soon, he had a full, professional, concert-quality country band at his ranch. Check below for the bios—there are a lot of big names in the industry that came together for this effort.

Viewers should not see this as a partisan issue, Chris told me, but rather a return to American values. Let’s leave behind fear and let’s return to the rugged sense of American freedom that we all inherited.

And then his other neighbors began to show up to participate. “When you are on God’s path,” Chris told me, “things just fall into line. I never expected so many people to show up. I was on stage in between takes, I looked out and started counting people. I lost track at 79. I was hoping for 10 or 15.”

“My wife Lisa and I both felt that it was a God thing,” he said. “That is my perspective. We also had atheists and agnostics in this video, but they felt this was important to do for America and for freedom. Our right to assemble, to speak freely. Those rights all come from God, not the government. I think on a deep level that transcends politics and resonates deeply in our common psyche.”

The song, video, and alternate video are all available for sale on their website, and proceeds will benefit Meals for Heroes, a charity delivering meals to first responders and medical personnel on the front lines in New York City.

Chris assured me that everyone observed proper social distancing throughout the performance. Chris wanted to be sure to give a hat tip to Jon Kahn for trusting them with his song. He did, and that was really cool of him. The end result? A little bit of magic:

Wow! 12,000+ views in under 24 hours and hundreds of shares. THANK YOU!You can download the video and/or music at https://gumroad.com/americanmade

Here’s the info from the press kit, including bios:

Two months into COVID lockdown, we felt the country could use some inspiration.

Friends and neighbors agreed. So we started a band, recorded a song, and got the neighbors together to make this video.

We hope it makes folks happy and does a little bit to lift up our country. A portion of the proceeds from each download goes to COVID19 related charity, Meals For Heroes.

“Getting this many people to come out to do a nice Pro-American, Christian video is huge,” Burgard said. “The fact that you did it during Covid lockdown? You’re here because people are starting to figure out, yes we need to be cautious, yes we need to be smart, but we’re not frickin sheep. Ok? This country was founded on freedom. This country wasn’t founded on fear.” 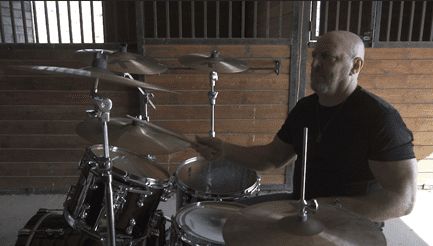 Toby Scarbrough started playing drums as a young kid in Sweetwater, Texas paying his dues drumming with various rock and country bands all through school. He furthered his musical skills by attending West Texas A&M University receiving a degree in Music Education / Percussion. While there he worked with various jazz combos, jazz big bands and country bands as well as being a member of the Amarillo Symphony Orchestra. After graduation Toby moved to Los Angeles to attend Musician’s Institute (Percussion Institute of Technology). PIT was a great experience for him, studying with some of the top studio drummers in L.A. (Joe Porcaro, Ralph Humphrey, Steve Houghton, Efrain Toro, Casey Scheuerell). Toby graduated with top honors and took to the road with the Tarzan Zerbini Shrine Circus (lions, tigers & bears. Oh my!). Hard work but great experience. Back in L.A. once again, Toby began playing with some amazing musicians, working regularly with Johnny Hawthorn, Michael Duff, and Debby Holiday. He also started to work with producer/songwriter/keyboardist Scott Manahan (Spirit). With Monahan, Toby recorded drum tracks for the long running television show Walker:Texas Ranger and the main title theme for USA Network’s Pacific Blue “Just Another Day In L.A.” written and performed by Christopher Franke of Tangerine Dream fame. It was also during this time that Chalk FarM was formed. Michael Duff asked Toby to join the band and in 1995 they were signed to Columbia Records. CF recorded their debut album, Notwithstanding, with producer Matt Hyde (Porno for Pyros, Perry Farrell) and it was mixed by Tom Lord Alge (too many credits to list). Chalk FarM toured for over a year co- headlining or opening for some of the top artists in modern rock: Goo Goo Dolls, Better Than Ezra, Tonic, Dishwalla, Matchbox 20, Marcy Playground. After parting with Chalk FarM ,Toby moved to New York to pursue other musical adventures. While living in N.Y. Toby Scarbrough played in venues from Lincoln Center to Greenwich Village clubs in all styles of music working with many outstanding artists.

2010 brought about a new beginning as Chalk FarM re-united with producer Matt Hyde to write and record new material. Since moving back to Southern California, Toby has been performing with Chalk FarM at various venues and festivals in support of the new recording “Into the Night”. Chalk FarM disbanded after the passing of bassist Orlando Sims. Since then, Toby has been working with some great artists in LA, Shannon Rae &100 Proof, blues great Deb Ryder, Johnny Hawthorn Band, and many outstanding local cover bands sharing the stage with many great artists, Wynona Judd, 1000 Horses, Patty Smyth & Scandal, Eli Young Band, Joey Sykes, Marshall Tucker Band. 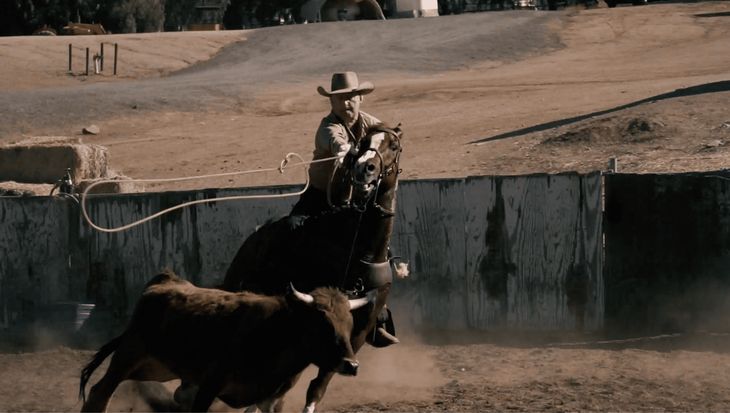 Chris is an award winning filmmaker who loves staying home and coaching his high school rodeo daughter, Mac, and riding with his hot wife, Lisa. He played Dwight Haliburton in the ABC sitcom, Growing Pains, and

Lisa says he spent too many years, and may have lost too many, much needed brain cells playing the Hollywood underground music scene in the 80s and 90s. 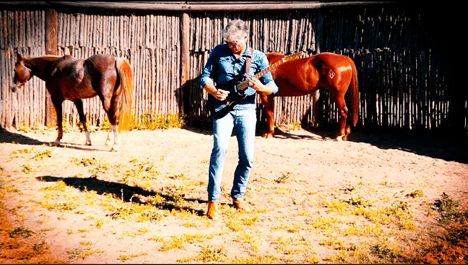 Marty James relocated to the Southern California area from the Pacific Northwest 5 years ago. “Country and Honky Tonk music is my love and right now. I’m playing in a modern country band named Rebel Heart. So glad to take part in this project that promotes God and USA!”

Bob was born and raised in Southern California, attending High School in Connecticut. A US Navy Submarine veteran, Bob proudly served for 6 years prior to his 40+ year career in Military, Aerospace and Medical device engineering.  Bob has played piano, Hammond B3 organ and a multitude of synthesizers all of his life with touring bands in Los Angeles, Las Vegas and Seattle. He currently lives on his 20 acre ranch in Agua Dulce, CA with his wife Sharon, 3 dogs, 4 horses, 1 cat and chickens. Bob is still touring with a number of casino bands in the Southwest United States.

Steve: After completing 2 national tours with South Texas country rock band “Toby Beau” whose song “MY ANGEL BABY “ hit #1 on the charts , bass player Steve Zipper moved to Los Angeles where he started a career in music recording and production. He currently plays bass and sings in numerous local cover and Tribute bands in the Los Angeles area. 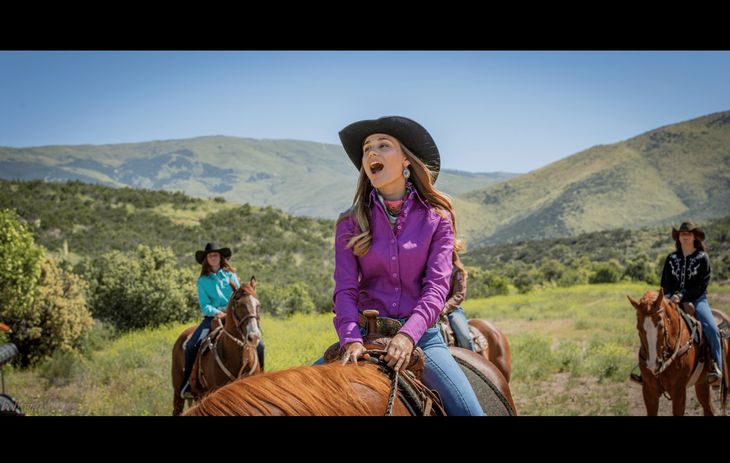 Growing up on her family’s professional cutting and cowhorse ranch in Southern California, Josie Ferrante embodies the cowboy lifestyle. This led her to receiving a NCAA Division I Equestrian scholarship to Texas Christian University. There she studies education, in hopes of becoming a teacher and later pursuing a masters degree, becoming a Principal or Superintendent. Her passion for music and the performing arts has led her to sing the National Anthem at pro rodeos, college baseball and basketball games, equestrian meets and much more. She hopes to continue music throughout her life. 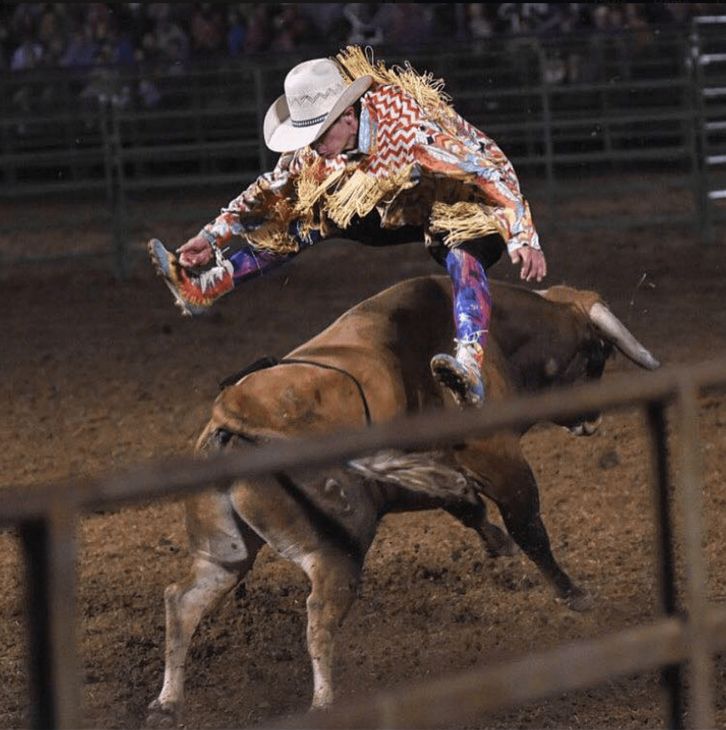 Colt is a professional bullfighter, cowboy and up and coming filmmaker. Colt retired from Bull Fighters Only as a multiple time finals qualifier. He still saves young cowboys lives, fighting bulls in rodeos across America and is on the path to becoming a successful documentary film director.