Over the past week, Dr. Seuss’ publisher announced it wasn’t offering six of his books anymore, which came about because some woke educrats decided the beloved author of numerous children’s books was a racist who didn’t fight a 21st Century definition of racism hard enough. He didn’t live to see the 21st Century, but that’s just a detail. Six of his books that have been in print for the better part of a century without harming anyone suddenly became contraband.

There was some confusion last week over whether eBay was really delisting the Dr. Seuss Six or not since many listings remain available, but the auction giant helpfully cleared things up.

“EBay is currently sweeping our marketplace to remove these items,” a spokeswoman for the company said in an email.

Auctions get listed so fast that the Dr. Seuss Six can still be found all over eBay, often for eye-watering prices.

At the same time the Dr. Seuss Six are actively being delisted, sales from which eBay stands to make money, eBay hosts page after page of listings of Mao’s Little Red Book, ironic given his communist beliefs and eBay’s transactional capitalist practices. Adolf Hitler’s Mein Kampf is still available, which is literally a plan for genocide and world conquest that he attempted to carry out. Karl Marx’s Communist Manifesto is also available. The authors of those books led far more transgressive lives than Ted Geisel aka Dr. Seuss by far, who was both anti-racist and anti-Hitler. Mao and Hitler are in world history’s top three for mass murder, with Josef Stalin arguably taking second to Mao while communist dictator Pol Pot beats them all by percentage — he killed 25% of Cambodia’s population while he ruled and ruined it. Marx, a white, male, European, cis-gendered 19th-century layabout and racist, penned The Communist Manifesto, which informed and inspired all these monsters. It led directly to Soviet imperialism as the communist giant subjugated millions for most of the 20th Century, and is the official stance of China’s communist government today. Here’s Chinese premiere Xi Jinping on the importance of studying Marxism.

His government stands accused of waging genocide on its Uighur minority right now, and subjecting them to forced labor in concentration camps.

If eBay is delisting hurtful books, the ideas in those books led to the deaths of millions and still lead to unthinkable misery for millions more today. Dr. Seuss books haven’t led to any misery at all.

EBay — “I Read Banned Books” shirts and other items, all sizes, various designs. This one is nice. 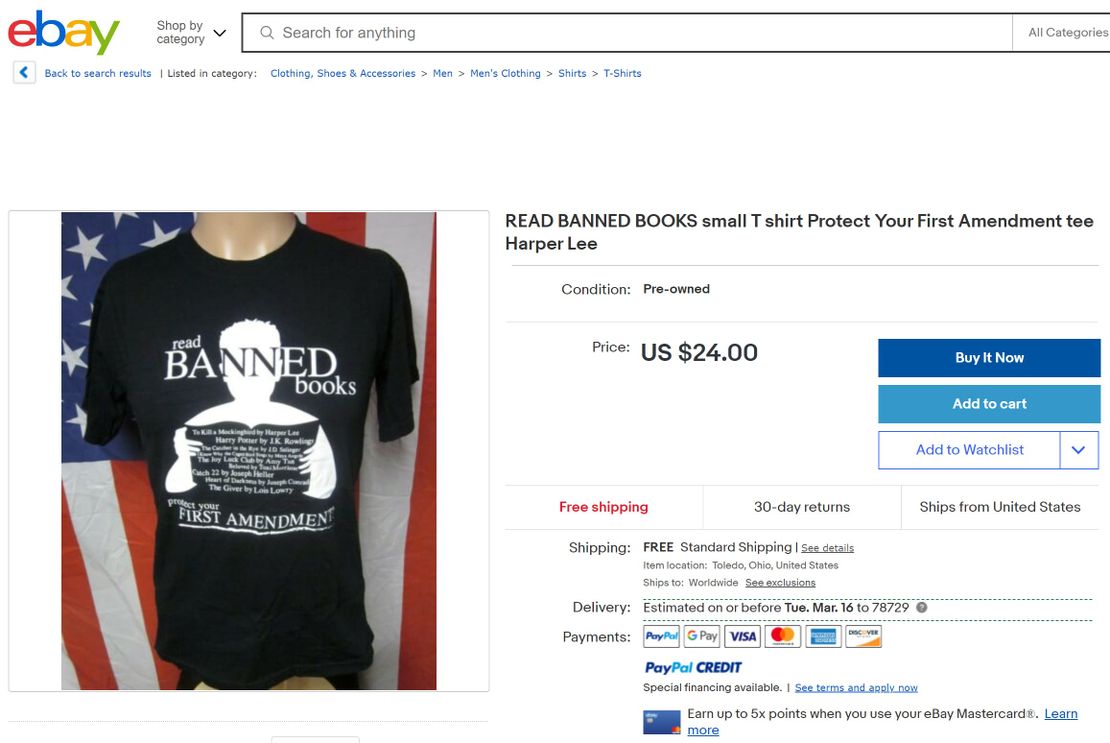 There’s even a sticker so you can use your car to tell the whole world you read banned books.

They need a version in the classic Seuss font.

Some eBayers have a sense of humor. 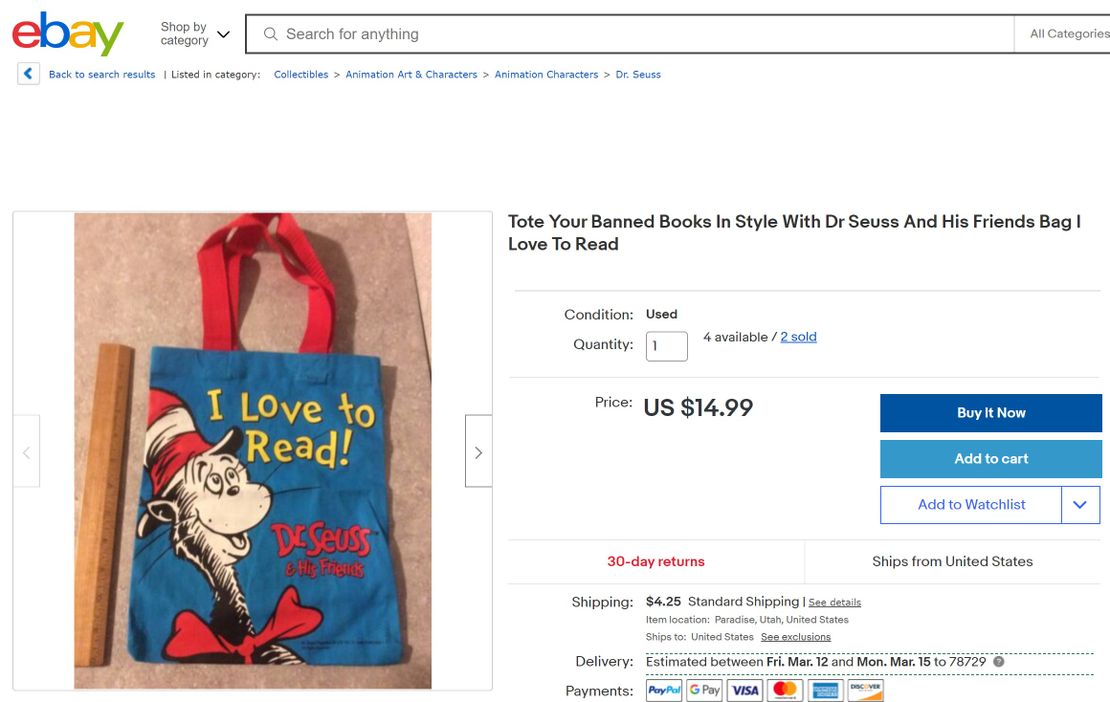